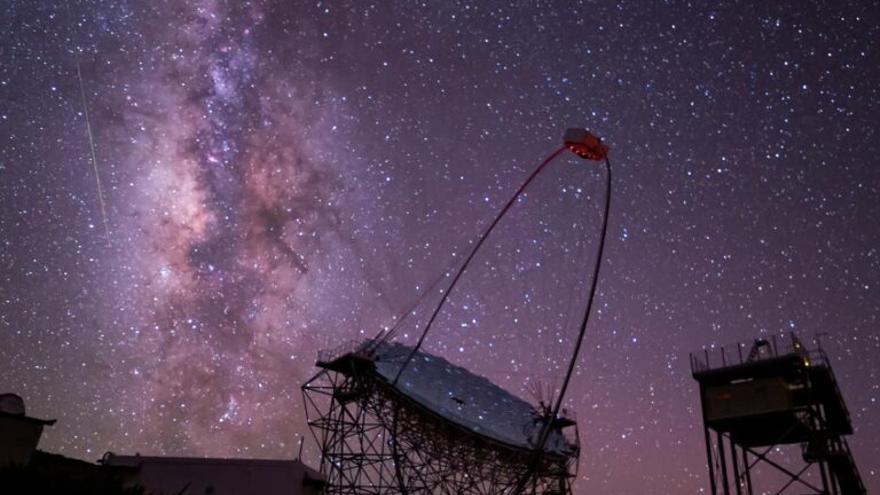 A new celestial show will take place on the night of August 12, the culminating moment of the meteor shower or “Tears of San Lorenzo”.

Although the first records of the Perseids date from the year 36, it was not until 1835 that the Belgian astronomer Adolphe Quetelet identified the radiant of this meteor shower (the point in the sky where they appear to be born) in the constellation Perseus, from the that are named after them.

The Perseids, also known as “Tears of Saint Lawrence”, is a shower of stars originated in the cloud of dust and rocks that the Kite Swift-Tuttle has left its path in each of its orbits around the Sun.

Swift-Tuttle, which orbits the Sun every 130 years, was discovered in 1862. At about 26 km in diameter, it is currently the largest object that periodically approaches Earth.

Every year around this time, the Earth traverses the comet’s trail and, when the small particles that were detached from that comet touch the Earth’s atmosphere, the luminous traces that we know as “shooting stars” are produced.

For the year 2021 the activity of the Perseids will occur between July 17 and August 24. The maximum is expected at dawn from August 12 to 13.

Therefore, those nights and those of the next few days, between August 11 and 14, they will be the best to enjoy this meteor shower.

Also, this year, the low luminosity of the Moon –there is a new moon on August 8– it will facilitate the possibility of seeing even the weakest meteors.

According to the calculations of the standard models, the activity of the Perseids will be around 100 meteors / hour (ZHR or zenith hourly rates).

Shooting Stars We know as “shooting stars” small dust particles of different sizes, some smaller than grains of sand, that are released from comets or asteroids throughout their orbits around the Sun.

The resulting cloud of particles (called meteoroids), due to the “thaw” produced by the solar heat, is dispersed by the orbit of the comet and is crossed by the Earth in its annual route around the Sun.

When these particles enter the Earth’s atmosphere at very high speed, they disintegrate and end up emitting that typical luminous trace that we call a “shooting star” or meteor (its scientific name).

Counting stars on August 12 For yet another year, the sky-live.tv channel will broadcast the maximum of the Perseids from the Canary Observatories, with the collaboration of the Energy Efficiency Laboratories (EELabs) project, coordinated by the Instituto de Astrofísica de Canarias (IAC), and the Service of Innovation of the Island Council of La Palma.

The appointment will be the night of August 12 to 13, when the activity of this meteor shower is estimated to reach 100 meteors per hour.

For the Perseids of 2021, the Instituto de Astrofísica de Canarias (IAC) and the Universidad Politécnica de Madrid (UPM) have joined forces under the citizen science project Star counters, funded by the FECYT (Spanish Foundation for Science and Technology), and they have developed a didactic activity so that any citizen can collaborate in these counts.

The guide describes the procedure to follow, by means of some apps that they must have previously installed on their mobile devices and using a very basic material.

The challenge is to ensure that, in a simple way, the general public can also participate and understand this astronomical phenomenon, as well as other curiosities of the sky that are described in the guide.

Live from the Canary Observatories

Live from the Canary Observatories Included within the project’s dissemination activities Energy Efficiency Laboratories (EELabs), which studies the impact of light pollution on the natural areas of Macaronesia and ensures the protection of the darkness of its skies, the sky-live.tv channel will broadcast this meteor shower live from the Canary Observatories (in Tenerife and La Palma), by the hand of its coordinator, Miquel Serra-Ricart.

“With the Perseids the show is assured. Last year we had an activity of 78 meteors per hour while in 2019 they reached 99. The forecasts for this year are very good, especially if we think that we will be able to see the weakest Perseids thanks to not having the ambient light of the Moon, ”says Serra-Ricart.

Reference Link to YouTube to see the Perseids live on the night of August 12: https://youtu.be/RgD0w7TAmqE