Joshua Dobbs of the Pittsburgh Steelers warms up before a preseason game against the Tampa Bay Buccaneers at Heinz Field on August 9, 2019.

On Sunday night at the 94th Academy Awards, comedian Chris Rock appeared on stage to present the award for “Best Documentary Feature.” During a comedy bit, Rock joked that actress Jada Pinkett-Smith — the wife of actor Will Smith — was going to appear in “G.I. Jane II,” a reference to the 1997 movie “G.I. Jane,” in which actress Demi Moore shaves her head before she begins training to become a U.S. Navy Seal.

Smith laughed at Rock’s joke, but then walked up on stage and smacked Rock across the face before returning to his seat, at which point he told Rock — several times — to “Keep my wife’s name out your f****** mouth.”

In the wake of the altercation, free agent NFL quarterback Josh Dobbs took to Twitter to deliver a simple message to his followers: 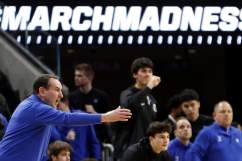 “You never know the battles others are fighting.”

You never know the battles others are fighting.

Dobbs was making light of the fact that Jada Pinkett Smith has been struggling with Alopecia and hair loss, having talked openly about her condition in a December 2021 video on Instagram.

It’s a condition that Dobbs has suffered from since third grade, and he has heard countless jokes about his hair loss, both in person and on social media.

For example, while in college at the University of Tennessee, Dobbs visited the victims of wildfires that ravaged Gatlinburg and Pigeon Forge, and publicly thanked the firefighters on Twitter.

Also Read  Change is in the air for Sunday’s Oscars

That prompted one Twitter user to joke: “Is that fire what burned your eyebrows off(?)”

To which Dobbs replied, “This is how you spend your free time. Is your life really this miserable??”

Josh Dobbs Has Worked to Raise Awareness About Alopecia

Fans of the Pittsburgh Steelers, Jacksonville Jaguars and Tennessee Volunteers (the professional and college teams for whom Dobbs has played quarterback), are well aware that he has suffered from Alopecia since childhood, and that he has worked to raise awareness about the condition.

For example, in May 2020, while Dobbs was with the Jaguars, he spoke with Pfizer Senior Medical Advisor Dr. Freda Lewis-Hall for a segment that appeared on the television show “The Doctors.”

During the interview he revealed that he was diagnosed with Alopecia areata at the age of eight, and was successfully treated with topical creams and cortisone shots, at least initially. Then in high school his “hair became patchy again, my hairline began to recede, and by the end of high school I had lost all my eyebrows and eyelashes,” he told Dr. Lewis-Hall.

By the end of his time at the University of Tennessee, Dobbs decided to shave off what remained of the hair on his head and says he has been bald ever since.

As for the jokes and derisive comments on social media: “I never really let that discourage me because Alopecia is something I can’t control,” he said.

Of course, being an NFL quarterback has given him a platform to help raise awareness about the condition.

His message for people who are struggling with Alopecia?

“Not everyone is going to understand your struggles, and that’s okay,” he related to Dr. Lewis-Hall. “And also, Alopecia is nothing to be ashamed or afraid of. Every day a lot of people are struggling with something, whether (it’s something) they’re hiding or something that might be visible.

“For us, Alopecia is extremely visible,” he added. “However, it doesn’t have to deter you from your dreams or your goals. It’s up to you who you are as a person and just work hard to achieve your dreams because just the fact that you can’t grow hair shouldn’t stop you.”

As noted by Dr. Lewis-Hall, there are different types of Alopecia. The type that Josh suffers from, Alopecia areata, “is an autoimmune disease that causes the body’s immune system to mistakenly attack healthy hair follicles,” she explains.

Dobbs, 27, is a former fourth-round draft pick of the Steelers, who served as Ben Roethlisberger’s backup in 2018 and appeared in five games that season, as per Pro Football Reference.

In September 2019 the Steelers traded him to the Jaguars in exchange for a 2020 fifth-round draft pick. After the Jaguars released him almost exactly a year later, the Steelers quickly moved to re-sign him and he played in one game during the 2020 campaign.

Dobbs spent all of the 2021 season on injured reserve after suffering a turf toe-type injury in the team’s preseason finale against the Carolina Panthers. In March 2022 he had a tryout with the New England Patriots, but remains an unrestricted free agent.

Dobbs played his college football at the University of Tennessee between 2013-16, where he majored in aerospace engineering. During the past two offseasons he has completed externships at NASA’s Kennedy Space Center in Florida.

Since his days at the University of Tennessee, he has sometimes been referred to as “The Passtronaut,” a reference to his unusual combination of skill sets, as quarterbacking and rocket science don’t typically go together.