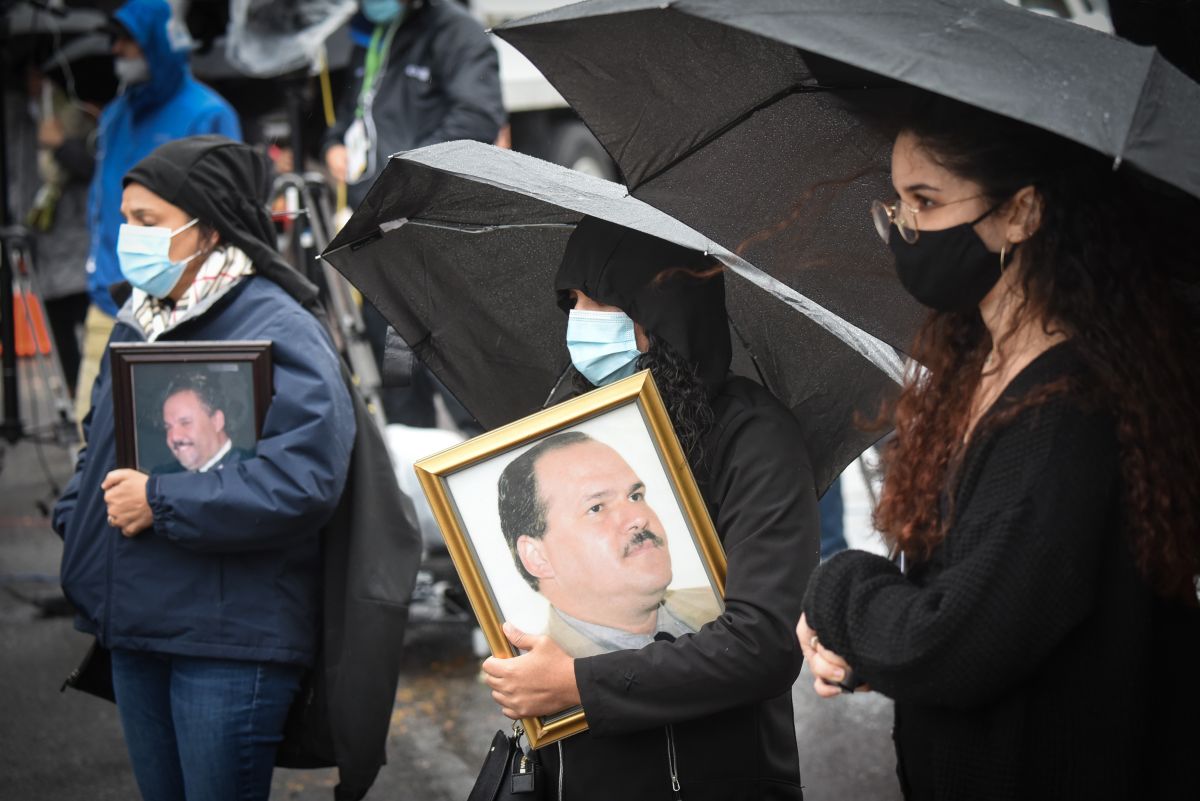 Almost two decades after the tragedy, families continue to mourn their relatives.

This Thursday the 19th anniversary of the tragedy that took the lives of 265 people, when American Airlines Flight 587, which had taken off minutes before the JFK International Airport bound for Dominican Republic, rushed over a densely populated area of Belle Harbor, Queens.

The ceremony was chaired by Mayor Bill de Blasio, relatives of victims, elected officials and community leaders, mostly of Dominican descent. The Flight 587 took off at 9:14 am on November 12, 2001, and the conditions of that fateful day were similar to those of this Thursday, with autumn cold and gray skies.

In his speech, Mayor stressed that even under the restrictions of the pandemic that is going through the city, it did not stop friends and family from remembering loved ones.

The event was called by the Flight 587 Memorial Committee, the office of councilman Ydanis Rodríguez, the federal representative Adriano Espaillat and the state assemblywoman Carmen De La Rosa, all of Dominican origin and represent districts of Upper Manhattan.

“At this time, as we fight a pandemic, it is important that we remain in community and stay safe. We never know when we will share our last moment with our loved ones and we must make sure we take advantage of every opportunity we have ”, said the assemblywoman De La Rosa.

The event was held at the foot of monument to the victims that was erected at 116th Street and Rockaway Beach Boulevard, in Belle Harbor. On the esplanade in front of the memorial, chairs were placed for relatives and attendees, safeguarding the restrictions of social distancing.

“The tragedy made the Dominicans stronger”

“My condolences and feelings of solidarity go out to all the members of the families and loved ones of those who died in the accident. This painful tragedy has strengthened us as a community “, Councilman Rodríguez expressed.

Congressman Adriano Espaillat recalled that the tragedy claimed the lives of 265 victims, most of whom were Dominican or Dominican-American.

“The passage of time has not erased the pain that remains in the lives of their family, friends and loved ones, and each year we come together to embrace their memories. We must always remember and never forget the lives of each of the victims that we lost that day! ”Added Espaillat.

The event was also attended by the Consul General of the Dominican Republic in New York, Eligio Jaquez, the activist Belkis Lora and Guillermo Linares.

Meanwhile, Fernando Aquino, candidate for councilman for District 14, in The bronx and also of Dominican origin, pointed out that the The tragedy of Flight 587 left an incurable wound in their community.

“As we commemorate the 19th anniversary of this event, we reiterate the importance of practicing solidarity with suffering communities. I send a message of encouragement to the families and loved ones of the victims and I reaffirm my commitment to fight for a more just and compassionate society, ”said Aquino.

Barely two months had passed since the 9/11 attacks, when the New York City was hit by another great tragedy. The victims, mostly Dominicans, were 251 passengers, 9 crew members and 5 people on the ground.

The National Committee for Transportation Safety (NTSB) explained that as a result of a series of experts, that the accident was caused by “excessive use of the aircraft’s rudder, causing the aircraft’s vertical stabilizer to detach from the aircraft.” In its report, the NTSB explained that the co-pilot reacted aggressively to try to stabilize Flight 587, as the ship was affected by strong turbulence. The findings removed any doubt that the accident could have occurred as a result of a terrorist attack.