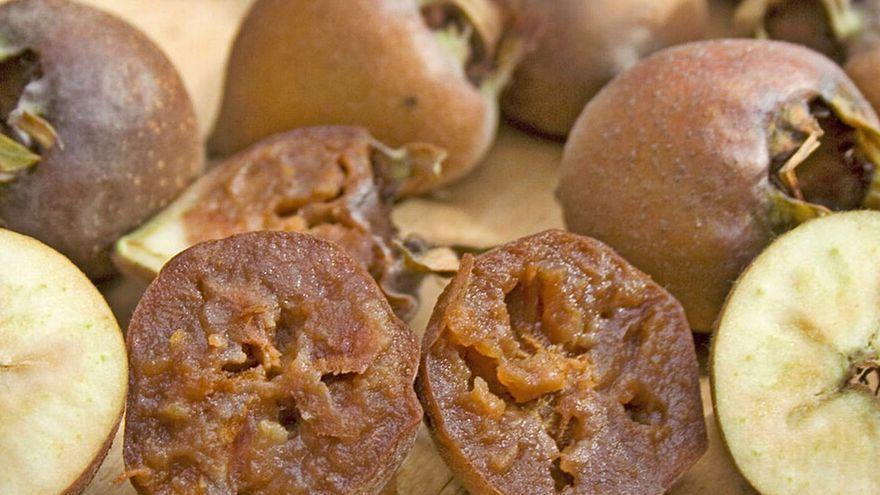 Its fruits take us back to the time of our childhood -the end of the fifties and the beginning of the sixties of the last century XX-, when the streets of Torrevieja were not covered with asphalt and the patios of almost all the houses were planted with various trees and shrubs whose fruits were the delight of the little ones: palm trees, fig trees, jinjoleros, mulberry trees, nispoleros … that have been progressively disappearing from our urban landscape due to the almost zero commercial use of their fruits.

In medieval treatises it was said that the intake of these fruits protects against drunkenness, although current research indicates more its importance as a digestive and as a good source of dietary fibers.

Its fruit is the one that lasts the longest on the tree, from its spring flowering until the end of October or December, when it falls due to the cold and the wind. The tree is 2 to 5 meters tall with very hairy young twigs. Large deciduous leaves, elliptical and whole, bright green on the upper surface, paler and more hairy underside. Large flowers, 3 to 4 centimeters, white that appear between the leaves.

Its wood is hard and resistant to friction and its bark has medicinal properties. According to Juan José Lapitz, in Euskadi some artisans take advantage of the erect young shoots of the nispoleros, there called carapanales, to make slits in the bark and let them grow. Nature forms drawings in them, later making with them the appreciated “makilas”, traditional canes in the Basque Country, both as a practical tool and, above all, as a cultural symbol of authority and strength. At the naming ceremony of the Lehendakari or the deputies general and mayors, a “makila” is presented as a symbol of political power.

Its fruits are spherical in shape, about five centimeters in diameter with the part opposite the corner sunken and surrounded by five persistent sepals of the flower with which we children made simple pipes to play with. The skin of its fruit turns from green to light brown and the whitish pulp, with a bitter and astringent taste, like green fruit, is suitable for few palates before overripe. The «níspola» contains five seeds with which in some places they make a kind of horchata.

In order for them to be edible and lose their acidity, they should preferably be kept buried in a box containing sawdust, for at least a month. After that time, after maturity, they begin to soften as if they were rotting, turning their skin color to dark brown, acquiring a blackish appearance, and becoming soft, sweet and very tasty pulp.

It is time to put them in your mouth whole. The skin, a little rough, will remain between our fingers, sucking the sweet and creamy brown pulp and we will expel the seeds; then they have a pleasant wine flavor and a consistency like roasted apples or compote with which a good jam is also made.

For gourmet, for health, for agricultural diversity or for tradition, take care of the “ancient nispoleros” that you find on the edge of orchards and orchards. Repot its five long, hard seeds (but don’t eat them, which are toxic due to their hydrocyanic acid content) and savor their pulp, even if you have to wait months for it to ripen!

Not much, which, with certain nuances, makes the saying good: “Whoever eats asparagus, níspolas sucks, drinks beer and kisses an old woman, neither eats, nor sucks, nor drinks, nor kisses.” Now in autumn níspolas, although always following the advice of the former doctor of Carlos I and V Emperor of Germany, Luis Lobera de Ávila: “If eating fruit you had to drink, it had to be a drink of pure wine.” The saying already advises it: “If the water spoils the roads, what will it do to the intestines!”