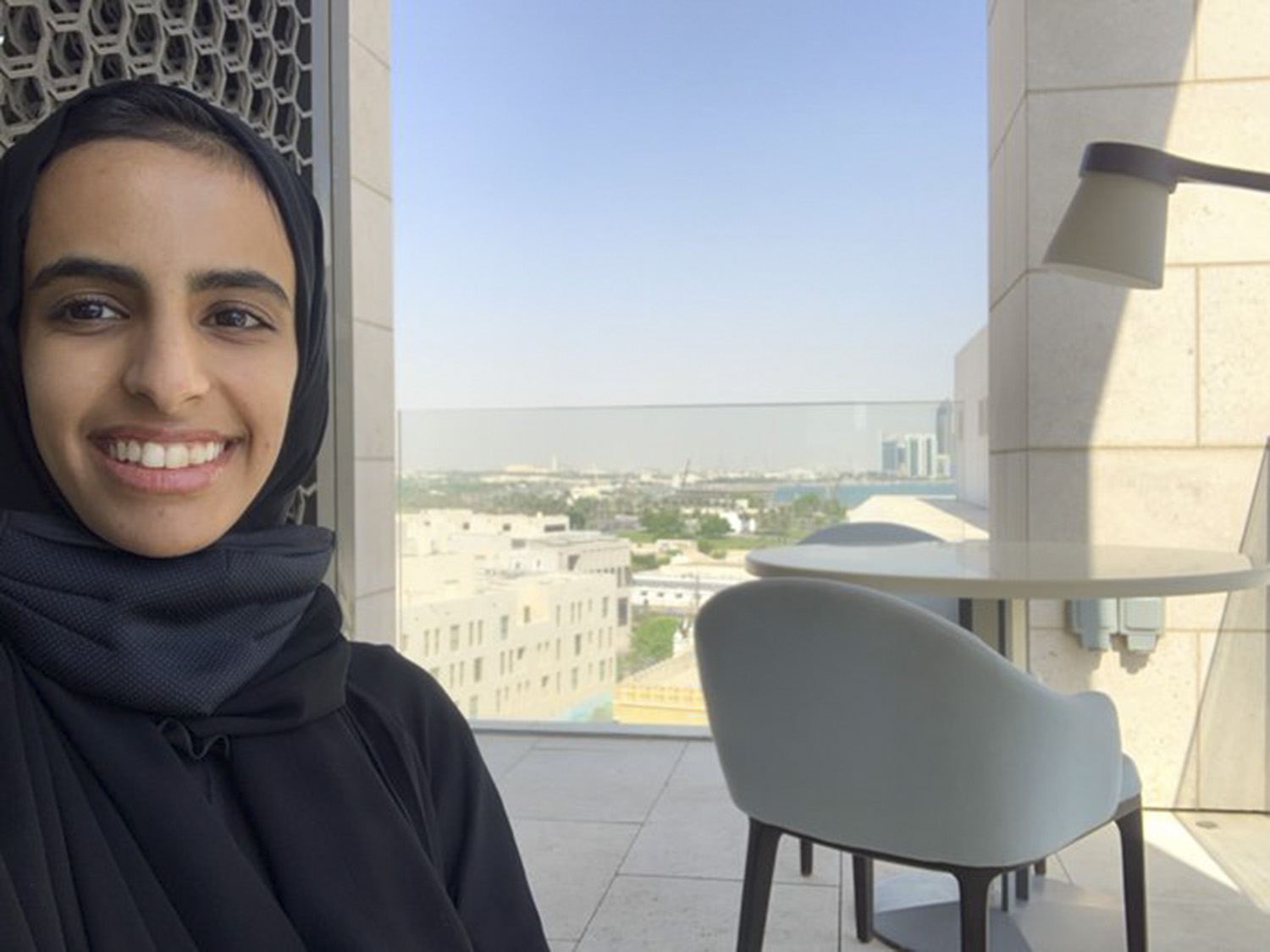 “If you want to escape, the first thing you need is your passport,” recommended a smiling Noof al Maadeed in a video recorded after arriving in the UK fleeing Qatar two years ago. The young woman denounced the family abuse and the restrictions she suffered as a woman despite the fact that she had already reached the age of majority. At the end of last month, she decided to return to her country as she told on social networks, where she was very active, and suddenly, she has not been heard from again. Several human rights organizations have sounded the alarm.

There is no news from him since Wednesday the 13th of this month when he stopped updating his Twitter and Instagram accounts and responding to messages. The day before, in one of his latest tweets, Al Maadeeb, who turned 23 on Monday, denounced “assassination attempts” by relatives.

١٢/١٠/٢٠٢١
It took two days for the stone to shine. And my family did not wait for the fullest one week.

And there were assassination attempts.

Just let me go You don’t have to. Just leave me And live. And smile. And walk. I am behind a guard.

The topic is good or bad. Mo thank you that you chose the most severe way. pic.twitter.com/FDbYM9hgJs

In another entry he warned, “If you don’t see my posts in the next few days, it will mean that my family has been handed over to me against my wish.” Although before he stopped writing he said he was “a little more OK”, the silence in which he has since fallen worries his friends, who have launched a campaign under the label #win_nov (where is Noof).

According to Rothna Begum, a women’s rights researcher at Human Rights Watch (HRW), the Qatari authorities have implied that the young woman “is not with her family, that she is safe and well,” but asks for clarification that she is not found in a detention center. “We remain very concerned because he does not have access to her telephone and cannot communicate with her,” he told EL PAÍS. In her opinion, the case of Al Maadeed is “representative of many women who face violence at the hands of their families or threats to their lives.”

The Gulf Center for Human Rights (GCHR) has also expressed “great concern about the sudden disappearance of human rights defender Noof al Maadeed.” The GCHR has asked “the Government of Qatar to provide proof that the young woman is safe and that her civil rights are respected.”

Since her arrival in the UK, where she applied for political asylum, Al Maadeed had become an activist against gender-based violence and male guardianship. He denounced how this system, in force to varying degrees in the countries of the Arabian peninsula, slows down the independence of women by making them depend for their decisions (study, work, travel or marry) on the permission of a man. She also used her social media to help those like her who felt trapped by the misogynistic laws of their countries, with advice on how to escape and seek refuge.

Why then did you decide to return? In a video she explained that she led a normal life in the UK until the day she felt like a stranger and that she wanted to live in her country. He also implied that he had received guarantees from the Qatari authorities. The Doha Government has not responded to EL PAÍS about this case.

Amal al Malki, dean of the Faculty of Humanities at Hamad Khalifa University and a declared feminist, told the Doha News website a week ago that “a reliable source” had assured her that Al Maadeed was “well and in good hands.” However, he has declined to speak to this newspaper. “He prefers not to comment at this time,” says his assistant.

HRW published a report last spring denouncing the guardianship system in Qatar that reduces women to eternal minors. According to the study, it is not even a clear legal body, but a mixture of laws, policies and customs that contradict the Family Law (guardianship ends when Qataris turn 18) and the Constitution (which establishes equality “ without discrimination on grounds of sex ”).

But in Qatar, as in other Gulf countries, the enormous economic development that has financed the abundance of hydrocarbons has not translated into a comparable advance in mentality. Often, when women ask for help in a situation of gender-based violence, the authorities try to reconcile them with their families and even force them to return home, instead of making it easier for them to live on their own. Not even the women of the local royal houses are spared, as seen in the cases of Latifa and Haya, one of the daughters and one of the wives of the Emir of Dubai.

At the same time, access to education and new media has given women in the area an unprecedented window to the world. In the two years before the pandemic, a trickle of flight abroad by citizens of those countries highlighted the seriousness of the situation. The NGOs that help them assured that it was only the tip of the iceberg, since many do not manage to escape and most of those who do, prefer to remain silent.

Despite Qatar’s small indigenous population (just 15% of its 2.9 million inhabitants), two Qataris made their case public in 2019. Al Maadeed and Aisha al Qahtani reopened a debate that the authorities had tried to silence. In August of that year, several Qataris denounced guardianship discrimination from an anonymous Twitter account, apparently inspired by neighboring Saudi Arabia’s reform of its draconian law. In less than 24 hours, the cybersecurity police summoned one of those responsible to testify and the account was closed.

The following year, the Doha government lifted the requirement that Qataris women present an authorization from their guardian to obtain a driving license. However, HRW has reported that airport officials also started asking some women to call their guardians to make sure they were not running away.