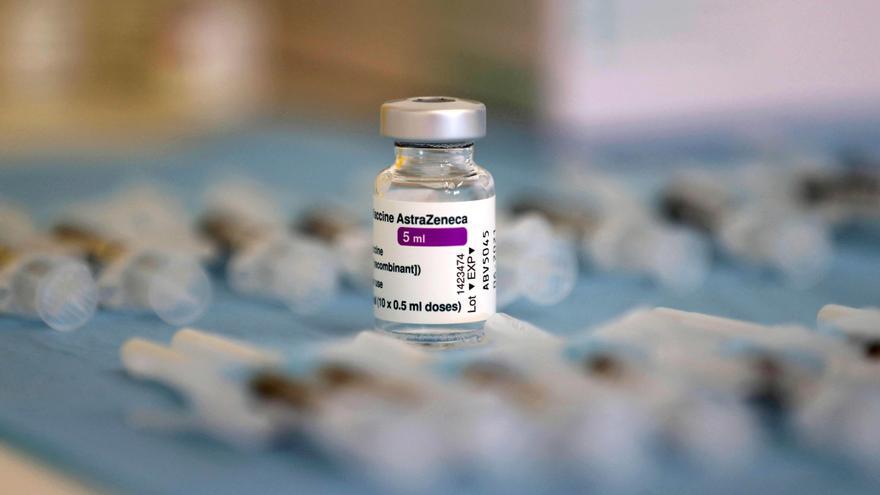 Despite his denial, Trump wanted to boast of a vaccine before the election date, and thus his government made around 14,000 million dollars of public money available to that operation.

Thanks also to Warp Speed, the manufacturer of pharmaceutical material in that country SiO2 managed, for example, in a matter of hours that an Air Force plane transported two machines – one, German, and the other, Japanese – that it needed to fill the vials with Moderna vaccine.

In vain, that company had previously surveyed different private transporters, some of them maritime, to take charge of importing this heavy machinery from Japan and Germany to the United States: the roads were needed with the utmost urgency, and for things like that they are , or should at least always be the Armed Forces of a country.

One of those responsible for Warp Speed, Moncef Slaoui, an immigrant of Moroccan origin who worked thirty years for the pharmaceutical giant GlaxoSmithKline, obtained, for his part, that the Trump government subsidized the production in North American territory of vials that until then you had to import.

After speaking with several potential manufacturers, who initially told him that they could not fulfill his order because they were fully occupied with other orders, Slaoui again called the Government of Washington, which decreed that they should leave everything else to concentrate on the production of vials. .

It contrasts what happened on the other side of the Atlantic with the case of the German company Schott AG, from Mainz, one of the world’s largest road manufacturers, who complained of not having anyone to call in Berlin or Brussels in the event of such an emergency .

Schott’s director of strategy and innovation, Fabian Stöcker, told the German weekly Die Zeit his frustration at having written to the president of the European Commission, Ursula von der Leyen, six months ago, without much happening.

In contrast, in the US, thanks mainly to government help and the elimination of most of the bureaucratic procedures, more than 93 million vaccines have already been administered, close to three times the number in Europe.

And it is not only about the production of the new vaccines, but about the manufacture of the corresponding vials, as these must be filled before proceeding with the distribution of those.

Schot’s strategy director complains about the onerous bureaucratic impediments in the EU even in cases where, as is the case with the current pandemic, it is essential to speed up production processes.

If a third dose were to be necessary because of the Covid-19 variants, many more vials would be needed, and it should not happen that those began to be scarce, he warns.

The three main road manufacturers in the US have received aid of the order of 1.5 billion dollars from the Washington government, according to Stöcker, who complains about the little support obtained so far by their European competitors.

It seems, however, that, more than a year after the start of Covid-19, the EU is trying to imitate the US by creating a new authority to deal with future pandemics.

We’ll see if its future effectiveness lives up to the name it has been given: European Health Emergency and Response Authority, or Hera for short.