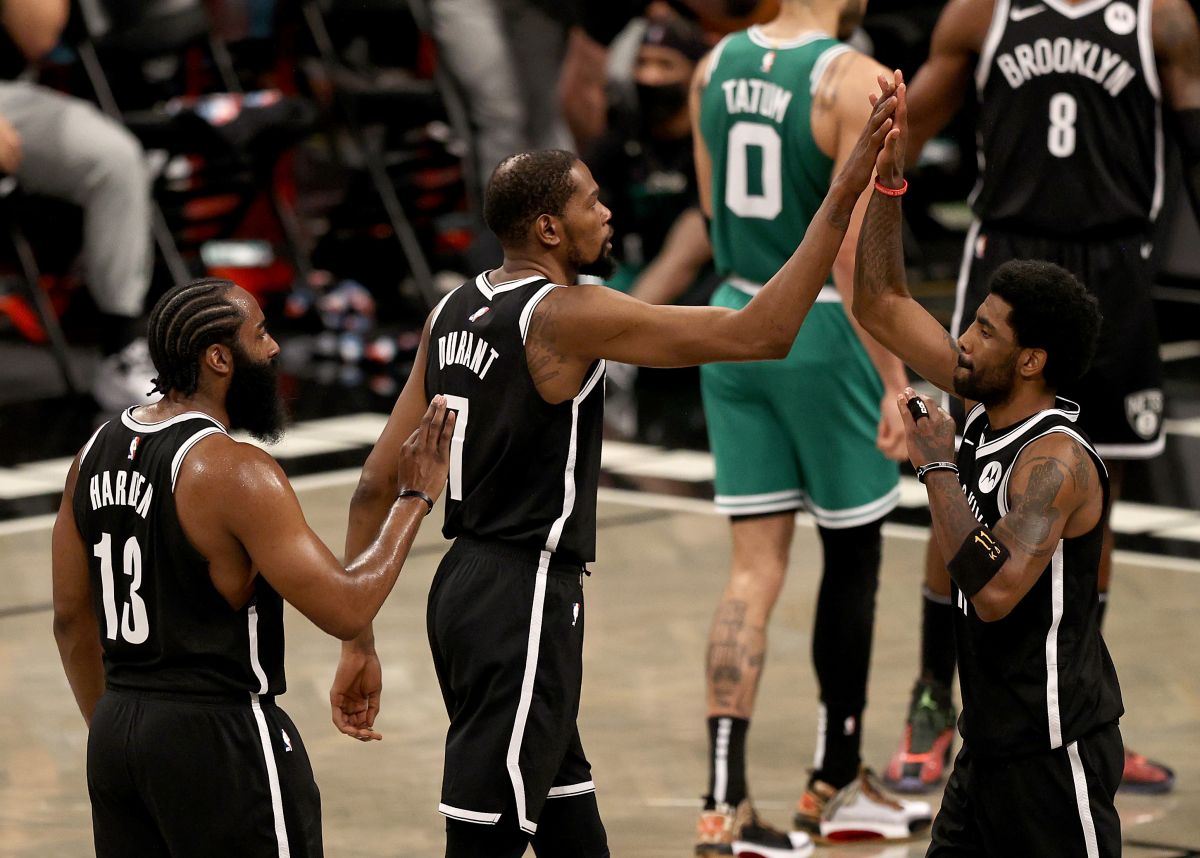 Brooklyn, NY – Normalcy is returning to New York. Today the NBA playoffs started at the Barclays Center with 14 thousand people in the stands -with a mandatory mask, yes-, 75% of the capacity of the Brooklyn Nets arena. More than 90% of them vaccinated, according to the league.

And normality prevailed in the game: Nets, the most talented team in the Eastern Conference, easily beat the Boston Celtics (103-94) supported by 32 points and 12 rebounds from Kevin Durant, and 29 points and 6 rebounds from Kyrie Irving. The third piece of Brooklyn’s “Big Three,” James Harden, approached the triple-double with 21 points, 9 rebounds and 8 assists.

With this healthy trio that today scored 82 points, the Brooklyn Nets is a clear candidate for the title, if not the top seed. It did not even require a prominent participation of center Blake Griffin, who although he came out in the starting five, only played 20 minutes to contribute a single point.

The NBA regular league and the playoffs look like two different sports. In the first the annotations are stratospheric, triples are made almost unopposed from all angles and distances, the defenders seem to be respecting some kind of “social distance” and the possessions that exhaust the 24 seconds are counted on the fingers.

But the playoffs are something else: bodies approach, arms shrink, blocking collisions are not avoided … You jump higher for the rebound and fight lower for any divided ball.

Thus, a team that has the two best offensive players of the last decade in Durant and Harden, plus two All-Stars like Irving and Griffin, stayed tonight at 16 points in the first quarter of their playoffs.

That #NBAPlayoffs intensity! 🔒☘️@celtics up 6 at the half on ABC pic.twitter.com/gv8S1obrHe

The Nets came out cold and let the Celtics unravel in the first quarter to a 18-10 run led by an effective Jason Tatum.

The second quarter, less gripped, Nets ran further to break 53-47 down with 16 points from Durant to 15 from Tatum, the two offensive weapons for each team.

The third quarter started with 7 consecutive points from Brooklyn that put them ahead on the scoreboard for the first time in the clash. From then on there was another game, with the local star trio scoring from behind the triple line and in transition.

Boston also only managed 40 points in the entire second half, with Tatum (22 points), Marcus Smart (17) and Kemba Walker (15) far removed from the impact that the Brooklyn stars had on the game.

For the newspaper library it remains that, with the first four points of the game, Kevin Durant became the ninth player with the most points in the playoffs in NBA history.

Congrats to @KDTrey5 of the @BrooklynNets for moving up to 9th on the all-time #NBAPlayoffs SCORING list! pic.twitter.com/r85YgchuIA

And in Boston, Robert Williams III put up 8 blocks, a Celtics record in a playoff game.

That second jump is just absurd 😳

Game 2 of the series is played Tuesday at 7:30 pm ET, again at the Barclays Center.