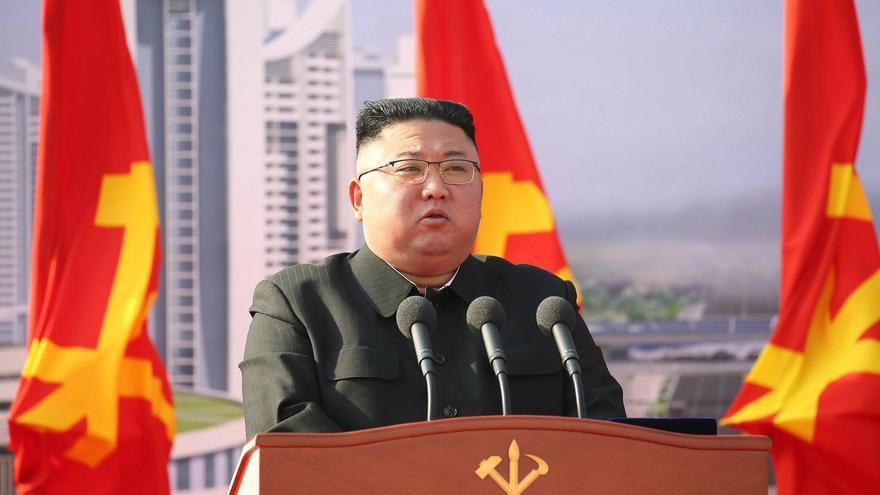 North Korea has stated this Thursday that the launch of two missiles on Wednesday was a testing of a new “rail mobile missile system”, according to the official North Korean agency KCNA. The missiles were launched from a train in the center of the country and reached 800 kilometers away before hitting a target in the sea off the east coast of North Korea, according to Pyongyang.

The secretary of the Central Committee of the North Korean Labor Party, Pak Jong Chon, was in charge of directing the test carried out by the Mobile Missile Railway Regiment. “The drill was aimed at confirming the viability of the railway mobile missile system first deployed for action, assessing without prior notice the combat readiness of the new regiment and its ability to conduct firepower missions and master combat procedures. real war, “North Korea has specified in this regard.

The test was “successfully” concluded in accordance with Pyongyang’s “plan” and “strategy” which, within the framework of the Eighth Party Congress, created the Mobile Missile Railway Regiment with the aim of “increasing the ability to strike. intense blows to threatening forces in many places and at the same time in the event of a necessary military operation. “The regiment also seeks to” powerfully improve the ability to more actively deal with all kinds of threats as part of the establishment of a new defense strategy. ”

Following the tests, Pak has called the rail mobile missile system an “effective means of counterattack to deal a heavy blow to the threatening forces at multiple times”, and has advocated the introduction of this system in line with the “policy of modernization “of Pyongyang’s defenses.

Japanese and South Korean authorities warned on Wednesday morning that North Korea had fired two ballistic missiles into the Sea of ​​Japan. At first, the South Korean Joint Chiefs of Staff reported the launch of “an unidentified projectile”, although it was later indicated that it was two ballistic missiles, reports the South Korean agency Yonhap. The Government of Japan confirmed the launch. “The recent and repeated launches of ballistic missiles and other projectiles by North Korea are a serious problem for Japan and the international community as a whole,” denounced the Japanese Ministry of Defense in this regard, reports the Kiodo news agency.

The launch supposes the fifth such demonstration by North Korea this year and it comes two days after testing of a new type of long-range cruise missile has been completed after two years of research. North Korea is subject to international sanctions due to its nuclear weapons program, as United Nations resolutions prohibit ballistic missile testing. However, cruise missiles are not subject to sanctions against the Asian country because they use their own propulsion constantly.

Tension on the peninsula increases

Hours after Pyongyang’s launch of the missiles, the South Korean Armed Forces fired a ballistic missile from a submarine for the first time on Wednesday, in an operation overseen by South Korean President Moon Jae In. “Possessing this type of missile is significant in terms of security against potential threats. It is expected to play an important role in establishing peace on the Korean peninsula and carrying out defense work,” Seoul stressed. For his part, Moon celebrated that the test would be “a sure deterrent against the North Korean provocation”, a statement that, together with the recent demonstrations of weapons, reflects the increase in tension in the peninsula.

The sister of North Korean leader Kim Jong Un, Kim Yo Jong, seen as a possible successor to power, has called the South Korean president “stupid” for making this statement and has said that Pyongyang does not intend to “provoke”. In this sense, he has warned that relations between countries could reach a “total stalemate” if “even the president supports the act of failing and hurting the interlocutor.” “We cannot help but express our great regret for South Korea’s illogical and stupid habit of describing its activity as an act of support for peace and describing ours, of a similar nature, as a threat to peace. This raises our concern for the future development of north-south relations, “he continued, according to the KCNA agency. “Every word and every act must be done with a deep thought,” Kim has settled.