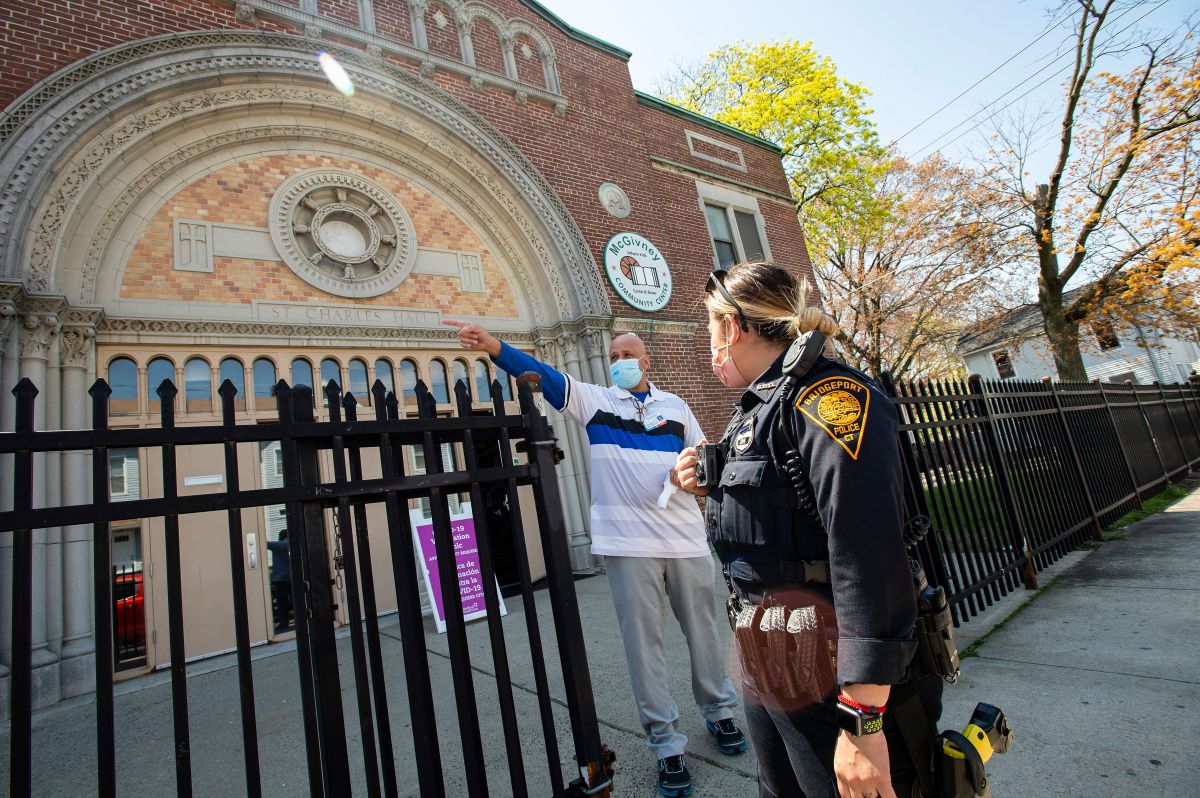 The president of United States, Joe Biden, has changed its strategy to vaccinate against covid-19 to the most skeptical. Instead of stadiums to immunize as many people as possible, the president is now betting on the privacy of churches, pharmacies and the family doctor’s office.

The objective is to reach those who resist being vaccinated through someone they trust, such as a relative, a priest or a pharmacist, explained this Sunday the country’s main epidemiologist, Anthony Fauci, in an interview with the chain. ABC News.

In addition, Biden wants to make vaccination as easy as possible: Instead of having to make an appointment online, now Americans can get their prick at 40,000 pharmacies without the need for an appointmentFauci indicated.

The Government has also decided to grant 250 million dollars to community organizations that can provide transportation to those who want to be vaccinated, in addition to helping them make appointments or answer any questions they may have.

In addition, Biden plans to invest millions of dollars in campaigns dedicated to promoting vaccination among youth, rural communities, and Hispanic and African-American minorities.

The change in strategy comes with a drop in the rate of vaccination in the United States, where the average number of vaccines administered per day fell below two million on Saturday for the first time since March, according to an analysis of official data from the newspaper The New York Times.

The number of vaccines supplied per day is still remarkable, but that drop has been enough for states like Florida, Texas and Ohio to have decided to close some of their mass vaccination centers.

What’s more, According to an analysis by CBS, up to 22 of the 50 US states this week asked the federal government for only a small fraction of the vaccines assigned to them based on their population.

Some states even held back from making requests for new vaccines. For example, this week, Arkansas for the first time did not ask the Executive for any dose because it has sufficient reserves, according to CBS.

The turnaround is notable, as many state governors accused Biden of not giving them enough vaccines when the immunization campaign began and asked for more.

DIFFICULTY TO REACH THE “HERD IMMUNITY”

This trend worries health authorities in the United States, where only 9% of those who have not been vaccinated plan to do so, details a survey published this week by the non-profit organization Kaiser Family Foundation.

Difficulty convincing skeptics could prevent group immunity goal from being achieved, key to return to normality and avoid new mutations of the virus.

To achieve “herd immunity”, experts point out that it would be necessary for 70% of the population to be immune to the virus. Justo Biden has set a goal to vaccinate that percentage of the population before the Independence Day holiday on July 4.

Speaking to CNN today, Jeff Zients, the White House covid-19 response coordinator, was optimistic about the possibility of achieving that goal despite the fact that there is still “way ahead.”

Up to now, far from 70%, 45.6% of the population (151.3 million people) have received at least one dose of the vaccine, of which 33.9% (112.6 million) are already fully inoculated, according to data this Sunday from the Centers for Disease Control and Prevention (CDC, for its acronym in English). ).

Also Read  The Garden of Eden, a hellish paradise in Elche

CONTRAST WITH THE SCARCITY OF INDIA

One of the consequences of the decline in demand within the US is that Biden faces increasing international pressure to share its vaccines with countries like India, which has become the epicenter of the pandemic with an incessant increase in infections and deaths.

Specifically, 87% of vaccines have been administered in high- and middle-income countries, while impoverished nations have received only 0.2%, according to April data from the World Health Organization (WHO).