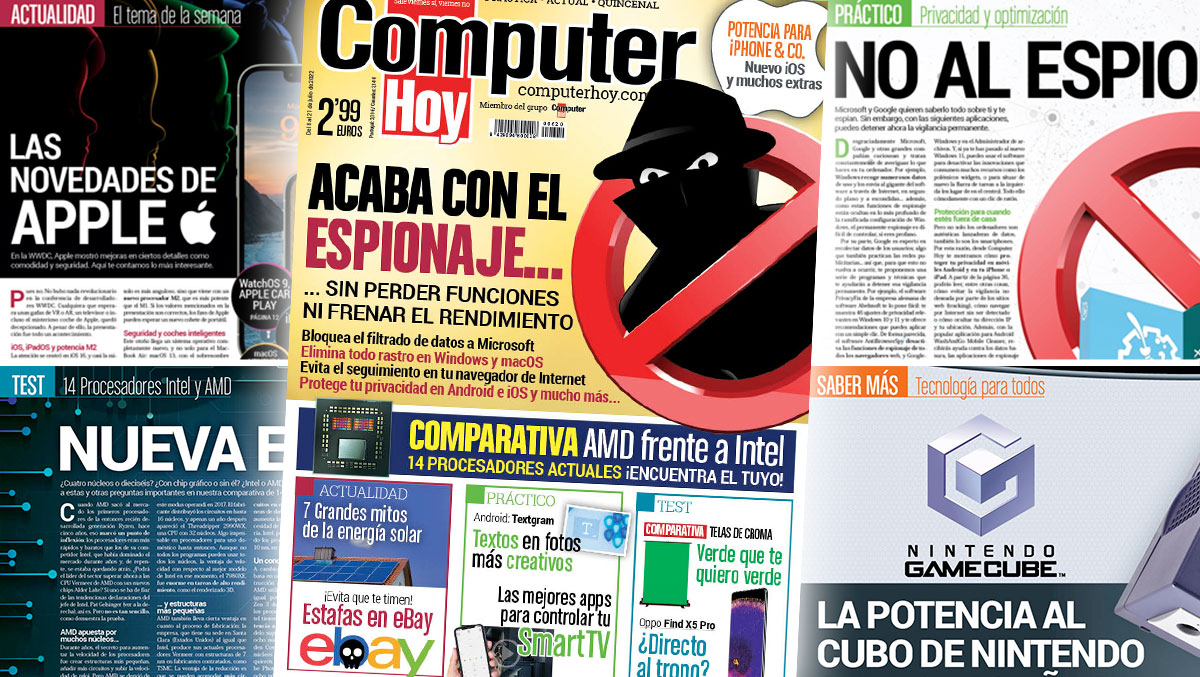 About espionage, secret agents and the harsh reality. In the work ‘The art of war’, by the philosopher and military strategist Sun Tzu, the general of ancient China affirms, according to his proven experience, that “[…] a brilliant ruler or a wise general who can use the most intelligent for espionage can be sure of victory. Espionage is essential for military operations, and armies depend on it to carry out their actions”. From the Mesopotamian civilization, back in the third millennium BC, to the current era, passing through ancient Rome, everything type of empires, the two great world conflicts of the 20th century or the Cold War, the motives of territories, rulers and factions, enemies of each other, to spy on the other, have always been present.The methods change, the intention persists.

Espionage, idealized in the cinema by the hand of the always effective James Bond, at the service of His Majesty, with a license to kill and caricatured in the adventures of Goscinny and Uderzo as Ceroceroseix, in the comic ‘Asterix’s Odyssey’; parodied on the big and small screen with the hilarious Austin Powers of the British Ministry of Defense and the clumsy and very desperate Maxwell Smart, Agent 86 of the secret spy agency CONTROL who was fighting against KAOS; and even brought to comics by the great Ibáñez, with the patriotic spies Mortadelo and Filemón (information agency), in the ranks of the TIA since 1969 and who have given many of us such good times.

Get the latest issue of Computer Hoy, the best-selling computer and technology magazine in Spain, without leaving home.

But it is not a subject to be laughed at. Not only at the military level, they watch us all. Governments, companies, apps, devices, operating systems, voice assistants… And if something has become clear after the numerous digital espionage scandals in recent years, it is that for large corporations it is more profitable to ask for forgiveness than permission. And they don’t even need it: it’s a systematic espionage consented for not reading the conditions of use. To paraphrase the Party’s slogan from George Orwell’s novel ‘1984’: “Who controls the data of the past controls the future; who controls the information of the present, the past.” “Big Brother is watching us” is serious business.

Discover in video the main themes of this issue

The latest in social media: What is being talked about on the Net

The photo of the week

…and what they mean to you.

News: The hobby of the week

The topic of the week: What’s new from Apple

At WWDC, Apple showed improvements in certain details such as comfort and security. Here we tell you the most interesting.

The Metaverse begins to come true, and it seems that it is serious. More than 30 leading technology companies have come together to define the standards that will govern this new space.

The topic of the week: 7 Big myths about solar energy

There are some important aspects that concern the user when betting on solar energy in homes. The EDP energy group has set out to demystify seven misconceptions.

All About Security: The Big Scam With Classified Ads

eBay Classifieds scammers only want one thing: your money. Computer Today reveals three types of common scams and how to protect yourself from them.

The gadget of the week: The perfect video call

If the confinement made anything clear, it is that our videoconferencing systems were not prepared for what was coming our way. Now, Jabra is reinventing personal video conferencing, with the PanaCast 20.

Microsoft and Google want to know everything about you and they spy on you. However, with the following apps, you can now stop permanent surveillance.

Do you want to share with your contacts and from your mobile texts decorated with images? Nothing easier. With the help of the Textgram app it will be sewing and singing.

Connected home: Wi-Fi repeater and creation of a Mesh network

Do you want to extend the range and power of your wireless network? We now teach you how to install a Wi-Fi repeater and how to configure a Mesh network at home or in the office.

Squeeze your SmartTV: Control your TV with your mobile

TV remote stopped working? We now explain how you can use your mobile phone if necessary, in order to control the TV via WiFi, instead of infrared.

Four cores or sixteen? With graphics chip or without it? Intel or AMD? We answer these and other important questions in our comparison of 14 processors.

The latest in technology: Green I love you green

A green screen can add a lovely touch to the background of your photos and videos. At Computer Today we teach you how to take advantage of it.

On May 3, exactly two decades have passed since the arrival in Spain of the GameCube, one of the most misunderstood consoles in the history of Nintendo, but which was responsible for laying the foundations for much of what came later.

We solve your doubts: Questions & Answers

There are many questions about technical issues that you send us. In this section we answer all your questions.

in the next number