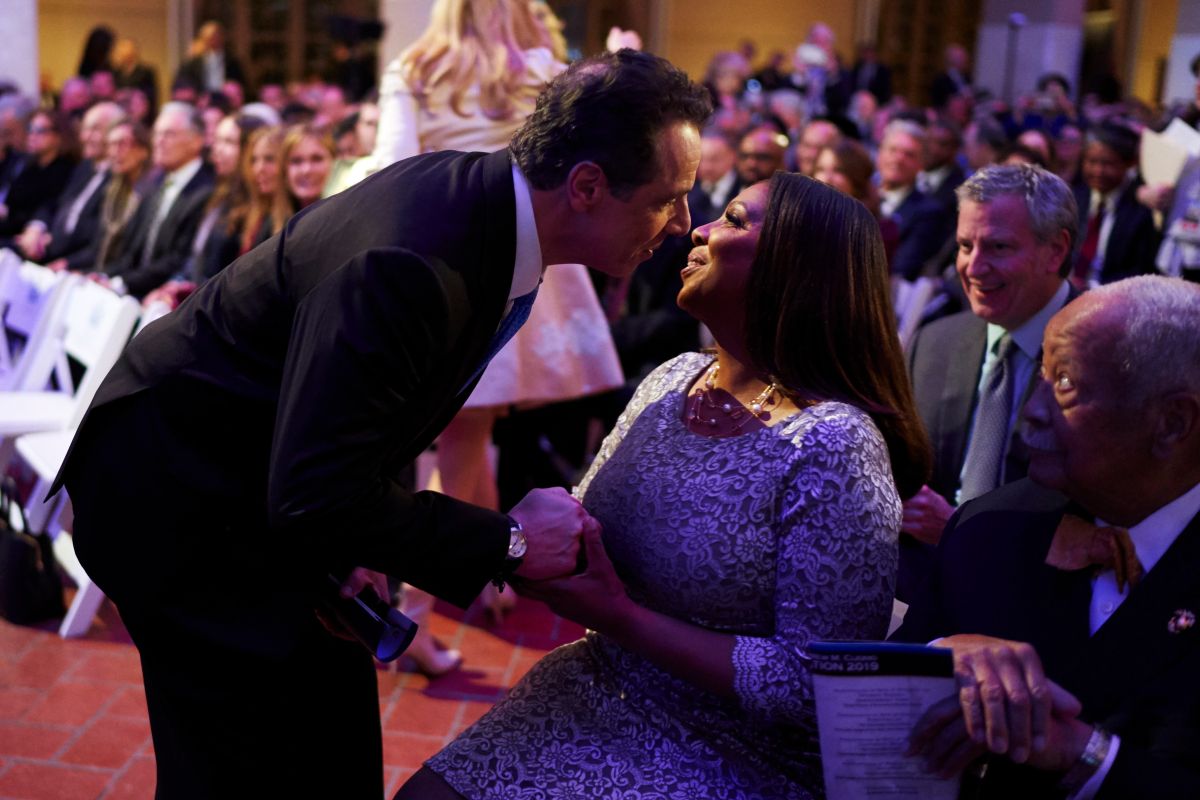 A dozen Democratic legislators in the state Assembly showed great support for Ron Kim, the Queens Assemblyman who denounced that Governor Andrew Cuomo threatened to “destroy” him over the scandal of the deaths in nursing homes, a case now investigated by the FBI and the US Attorney General’s Office.

Cuomo’s office has denied threatening Kim and accused the assemblyman of lying about the phone call the governor made to him on February 11.

The twelve legislators also said that back legislation introduced by Kim on Tuesday that seeks to strip Cuomo of his emergency powers related to the pandemic, after the governor’s secretary, Melissa DeRosa, admitted that the regional administration withheld data on deaths in nursing homes.

Another letter signed by nine members of the Democratic Assembly also accused Cuomo of obstruction of justice and demanded an investigation into his handling of the health crisis in nursing homes.

Kim, whose uncle died of coronavirus in a nursing home, was among the Democratic lawmakers present last week on the conference call when DeRosa made the surprising admission.

Young state senator Alessandra Biaggi (D) also issued a statement defending Kim, calling him a “north star in the fight for transparency and justice for those lost to COVID-19 in nursing homes,” he cited New York Post.

“Governor Cuomo’s statements about Assemblyman Kim are part of a disturbing pattern of behavior,” Biaggi said in a statement Wednesday. Instead of accepting responsibility for mistakes, the governor he has chosen to deflect blame and evade responsibility over and over again. “

Also Read  Sexist violence: 190 women under the age of 21 are at risk of being assaulted by their partner

On Monday, the governor once again defended that the state had always reported the number of nursing home residents killed by COVID-19, even though it only began releasing figures after a damning report last month from the NY attorney general. , Letitia James (D).

It was a turn, well During autumn Attorney James claimed that the Cuomo administration was not illegally obstructing the release of that information, repeatedly requested from Washington by the Department of Justice (DOJ).

In general, in Cuomo’s management on COVID-19 it was learned that he limited his contacts with the federal government to discuss solutions, in the middle of his fights with then-President Donald Trump, even though he was NY by far the state most affected by the pandemic, in deaths and economic losses.

According to a survey released this week, although the majority continue to support (61%) his management in the pandemic, 55% of New Yorkers hold you accountable for the mass deaths of nursing home residents, relatives and employees following their March 25 order for nursing homes to accept coronavirus patients discharged from hospitals.

“He spent ten minutes threatening my career and ordering me to issue a statement that would be used to cover for the state secretary.” pic.twitter.com/XSfILKkhvE