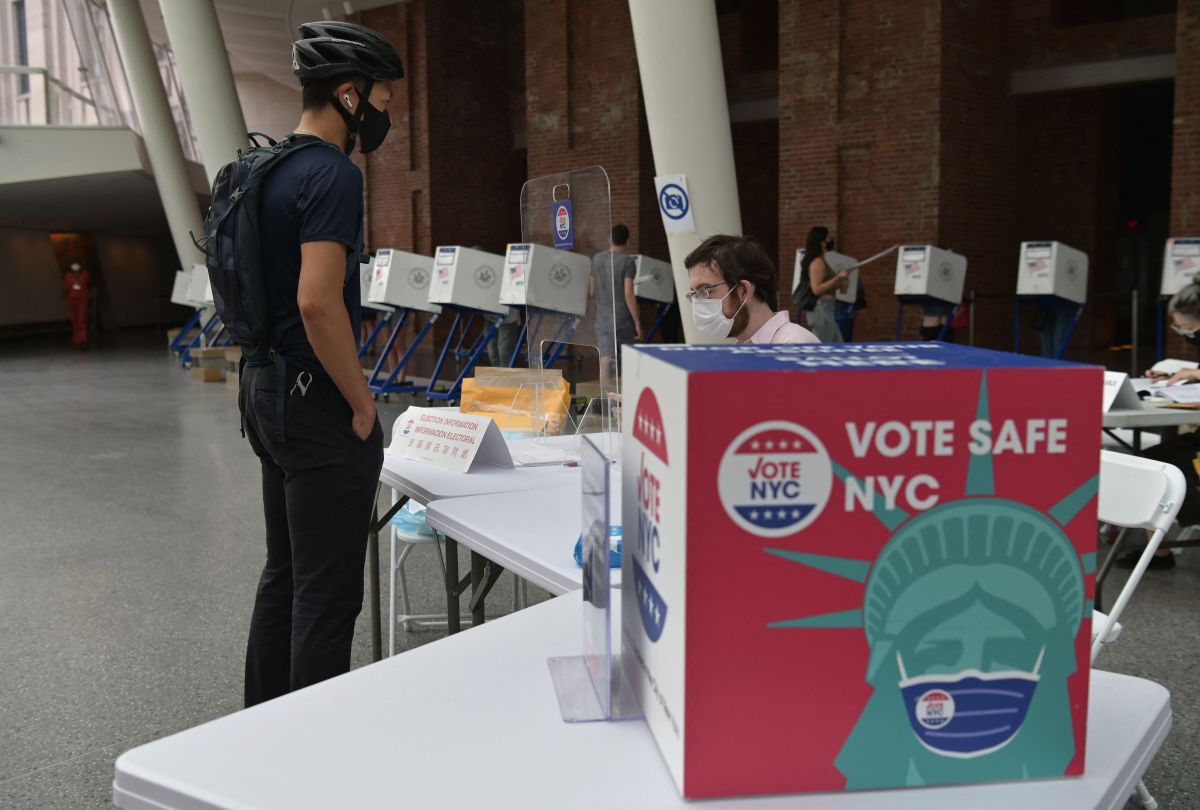 The New York Board of Elections warned on Wednesday morning of an “error” in the preliminary results of the local Democratic primaries, which has thrown into chaos an election in which the potential Mayor of the Big Apple.

Those data placed current Brooklyn Borough President Eric Adams in the lead by a narrow margin, who was the first to point out “discrepancies” in the number of votes released by the agency on Tuesday.

Adams had achieved 51.1% of the support, with 368,898 votes counted in a novel but complex preferential system – which allows voters to give their support to up to five candidates – in the absence of around 130,000 other votes by mail being counted. what They won’t open until July 6.

In the first count, only the first option marked on the ballots by the voters was taken into account, but as no candidate reached the required threshold of more than 50%, the count of the rest of the preferences expressed by the voters was activated, eliminating one by one to the candidates with the least support in each round.

With this, and waiting for the vote by mail, Adams remained in the first place, but the victory was by no means guaranteed.

However, the Electoral Board recognized a “discrepancy” in the latest data it had facilitated and called for patience while a technical team tried to identify its origin.

He then explained that the preliminary results included 135,000 “additional” votes because the votes cast had been mixed with some “test” votes related to the verification of the computer system, and that were never erased from the computers.

“The Board apologizes for the error and has taken immediate steps to ensure that the most accurate and up-to-date results are reported,” he wrote in a note.

We are aware there is a discrepancy in the unofficial RCV round by round elimination report. We are working with our RCV technical staff to identify where the discrepancy occurred. We ask the public, elected officials and candidates to have patience.

The body said that it has eliminated the “test” votes from the system and that, after a “cross-review” using computer software, it will “generate” the votes cast and carry out the system of elimination of candidates.

Adams considered the error “unfortunate” and recalled that voters’ confidence in the new preferential vote is key, but appreciated the “transparency” of the body.

For her part, the second candidate with the most support, Kathryn García, former commissioner of the City’s Health Department, who in preliminary results had 48.9% and was about 16,000 votes behind Adams, it was harder.

García stated that the error “is deeply disturbing and requires a much more transparent and complete explanation.”

The web page with the unofficial results of the elections withdrew the data and shows a message in which it communicates that the results of the first option will be published as of this Wednesday.

The current mayor, Bill de Blasio, demanded an immediate recount and a “clear explanation” from the Electoral Board, with which he was very critical and demanded a “complete structural reform” for the future.