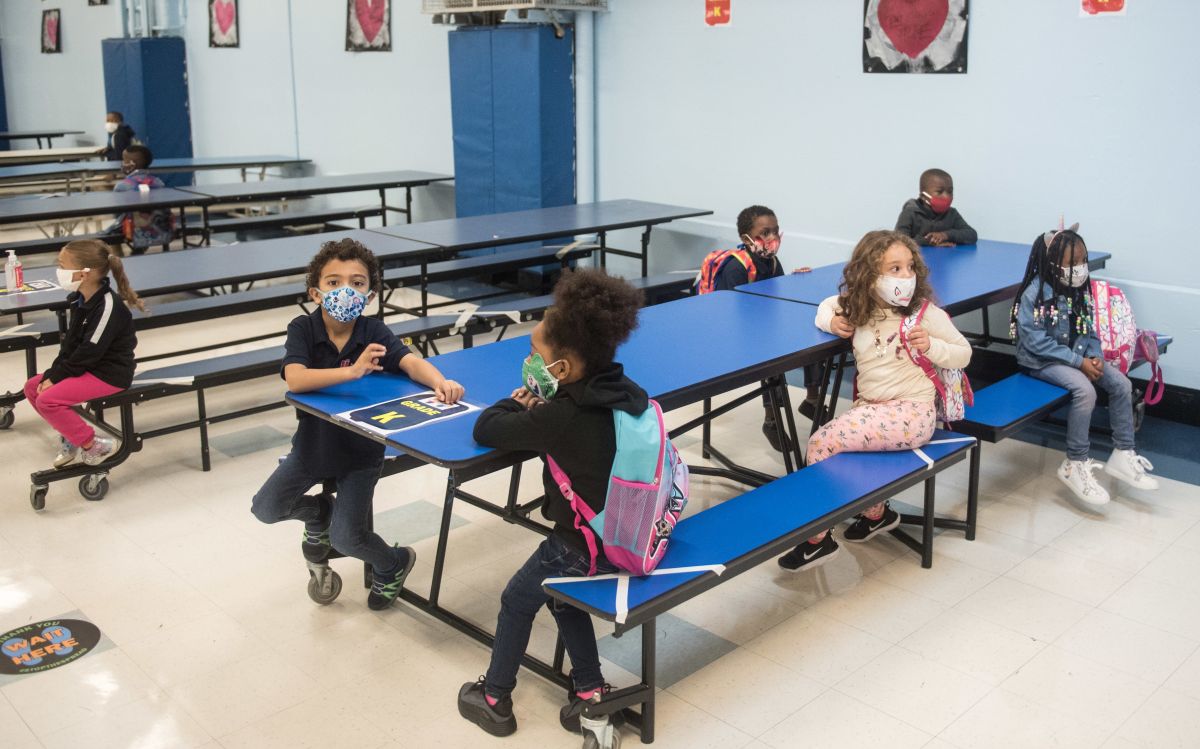 Hiring more employees, creating more programs for students, making infrastructure improvements and ultimately a better education are some of the direct benefits that more than 1,600 schools of New York City, after it was announced that the schools will receive an investment of $An additional $ 600 million per year, after it was approved for the first time in history to give the 100% of the funds of the so-called ‘Fair Financing for Students’ (FSF).

The announcement was made by Mayor Bill de Blasio, along with the Chancellor of Education Meisha Porter and City Council President Corey Johnson, calling the 100% ‘fair financing’ to be awarded to public schools for each student.

“A recovery for all of us requires investing in all of our children,” he said. Mayor, adding that fair funding for students “means more money directly in the classrooms that serve our students. We know what this funding means: higher graduation rates, lower dropout rates, and more students entering college. I thank the President of the Assembly Heastie, to Senate Majority Leader Stewart-Cousins and the State Legislature for making this possible, and by presidente Johnson for their association ”.

The Mayor specified that the FSF funds will be received by schools beginning in the 2021-2022 school year, and that they are the main source of funding for individual school budgets. The approved funds come from the federal financial aid plan, the state budget, and money from the municipal government.

This FSF is focused on achieving school equity and specifically drives more resources to schools that serve students with the greatest needs, such as students requiring academic intervention, those with disabilities and multilinguals. Principals may use the funds at their discretion, but they are generally used primarily to hire teachers and staff, as well as to purchase educational materials and resources to support school communities.

This is historic. Years in the making. New York City public schools will get 100% Fair Student Funding.

THIS is how we right a wrong. THIS is a recovery for all of us in action.

Thank you to every advocate and leader who made this possible. https://t.co/kAWAGWkoDp

The Blasio Administration insists that this investment represents a commitment to bring all schools to 100 percent FSF once the State fulfills its mandate of funding the Campaign for Fiscal Equity (CFE).

In addition, they explained that with this new investment, the FSF formula will be fully funded, after years of granting only partial percentages for most schools. Now, no campus will receive less than the full amount to which they are entitled under the FSF formula. At the beginning of the Blasio Administration, some schools received only 81% of the amount to which they were entitled.

1,164 schools will be benefited

Since the beginning of your mandate, De Blasio managed to increase the percentage of FSF funds to 90%, and in years past the average school received 93% of those funds. But with this new 100% agreement, the new investment It will impact 1,164 schools and more than 700,000 students in every county and community school district.

The total of the new investment agreed is $ 1.6 billion USD, raising the FSF floor from 81% in 2014 when the De Blasio Administration began, to 100% for the first time next school year. More than half of the City Department of Education (DOE) schools have received additional funding as a result of these investments.

During decades, the City was short of more than $ 1 billion a year in state funding, But now the funds have been included in the budget recently enacted by the Legislature, after years of pressure from the De Blasio Administration and the city ​​Council. And to achieve this, they had the support of Stewart-Cousins, Heastie and other members of the state legislature.

“The Council has advocated for fully funding our schools for years, including in this year’s budget response. One of our proudest accomplishments as a body was coming to terms with the Administration of Blasio to increase Fair Student Funding by $ 125 million in fiscal year 2019. This announcement surpasses that historic victory and comes at a crucial time for our students and schools. Now more than ever, we must focus on ending inequalities in our schools, and fair funding for students is one of the ways we achieve that ambitious goal, ”Johnson said.

The Chancellor Porter He also showed great satisfaction, stating, “Achieving 100 percent fair student funding is a historic and revolutionary investment that will increase equity in all of our schools and provide greater resources, such as staff, materials, supplies, and more. I am very grateful to those who tirelessly advocated for this and as a former principal, I know how important this investment will be to our school leaders and their communities. “