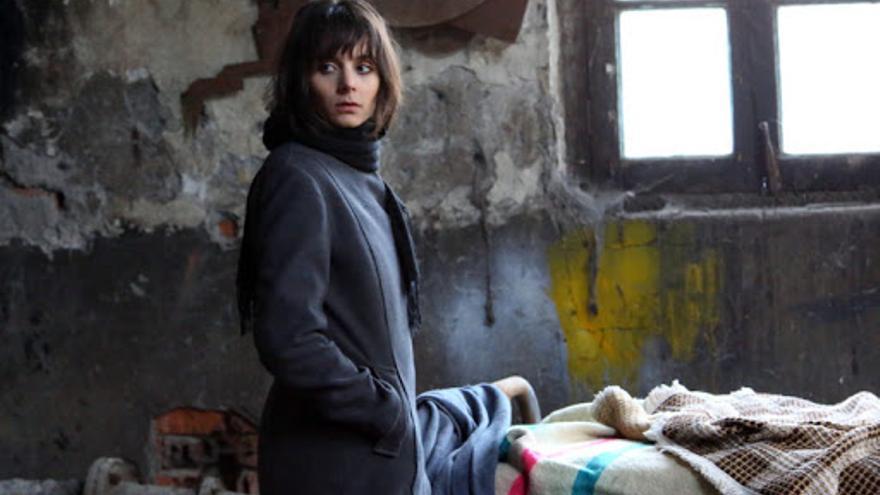 Jorge Acebo Canedo has taken almost ten years to carry out his debut feature, ‘Occidente’, and it has done so thanks to the decisive involvement of its actors, Francesc Garrido, Paula Bertolín and Mario Gas, who build with it a complex story, which invites us to think, and which does not leave a moment of calm.

‘The West’ is a difficult movie. It speaks of great concepts and, at the same time, it is a romantic and pessimistic story, although with “a look beyond”, explains the director in an interview with Efe today in Madrid. “A radical look at what we have ended up turning this world, the West into,” intervenes in the conversation with Efe Francesc Garrido, almost as a provocation and warning, because ‘Occidente’, he says, is not a typical movie.

Located in an unknown time in which no one remembers the past, the characters live in a world where art does not exist although they try to recover it at all costs: above all, the images of a lost culture. The circumstance is gray, and the environment, junk and dirt, a place where factories emit smoke day and night and industry invades everything.

Holly points out that, in part, it is the story of a man and a woman who believe in freedom, but it is also a compass, with a script that assembles Nietzsche phrases on images, and that it works.

For Bertolín, ‘Occidente’ It is made for people “who like to rethink things, who do not want to see an easy product, chewed, to laugh or cry”.

“People who in their day to day question our social structure, capitalism, the absolute truths of the West. Who question life, education, religion, feminism. And willing to rethink things,” sums up the actress.

Also Read  "Illegal Chips": the "illegal flavors" of potato chips with ingredients prohibited in the US.

The film was a personal wish of the director who was born in 2007, just when he knew he was going to be a father. “And I decide to make a movie to leave it to my son. Not for the child he is now, but for the adult he will be”.

Thus, it is a film told “from a very personal place”, “truly independent” cinema built from scratch.

Acebo (León, 1975) has recognized himself as a “cinephile” since he was a child, and Garrido (Barcelona, ​​1969) remembers that the only classic cinema he could see in his childhood was the one programmed by José Luis Garci on TVE. “Today there is a generalized lack of culture about the past that is serious, because life is going to us”Acebes argues, convinced that “without those wickers, we will see how the world is built.”

In addition, it contains hard signifiers, such as death, humiliation, freedom, which the film puts in a situation of ‘rethinking’. “I need the word to be said and put it only in relation to the image, give them its true meaning, or a hole will be made and they will sneak in there“, says Acebo, to which Garrigues abounds that this will only be achieved” with awareness. ”

“If you are aware of what is around you do not say death, or freedom, gratuitously. Now, if there is none … I think you have to have a social conscience; there – he reflects – words take on another importance. We are at a point where the one that we do not know if there is return “.

Also Read  Fall of Tenochtitlán: Enrique Krauze: "In Mexico there are no statues of Hernán Cortés to tear down" | Culture

The film, which opens this Friday, should have been released in 2020, but a year “it has been given ‘ctrl Z'” (the computer’s deletion key), says Acebo, who describes its staggered release in the main provincial capitals as a “miracle”.

Garrido fell in love with the script from the beginning. It was 2012, he did not understand many of the things that the script put, but he “intuited” things that amazed him. “It fits perfectly in my nature”, explains the protagonist of “La adoption” (2016) and the series “I know who you are” (2017). “As actors we are doomed to work on anything, but many of us aspire to model clay,” says Garrido, and Bertolín agrees.

Paula tells Efe that she had to “deconstruct” to make ‘the West’, work thinking not of her role, but of “a whole.”

Her character suffers constant humiliation, “Gloria reflects the status of women in a patriarchal system. She starts out submissive,” she explains, “but little by little, she detaches herself from the man’s voice to be the survivor.”