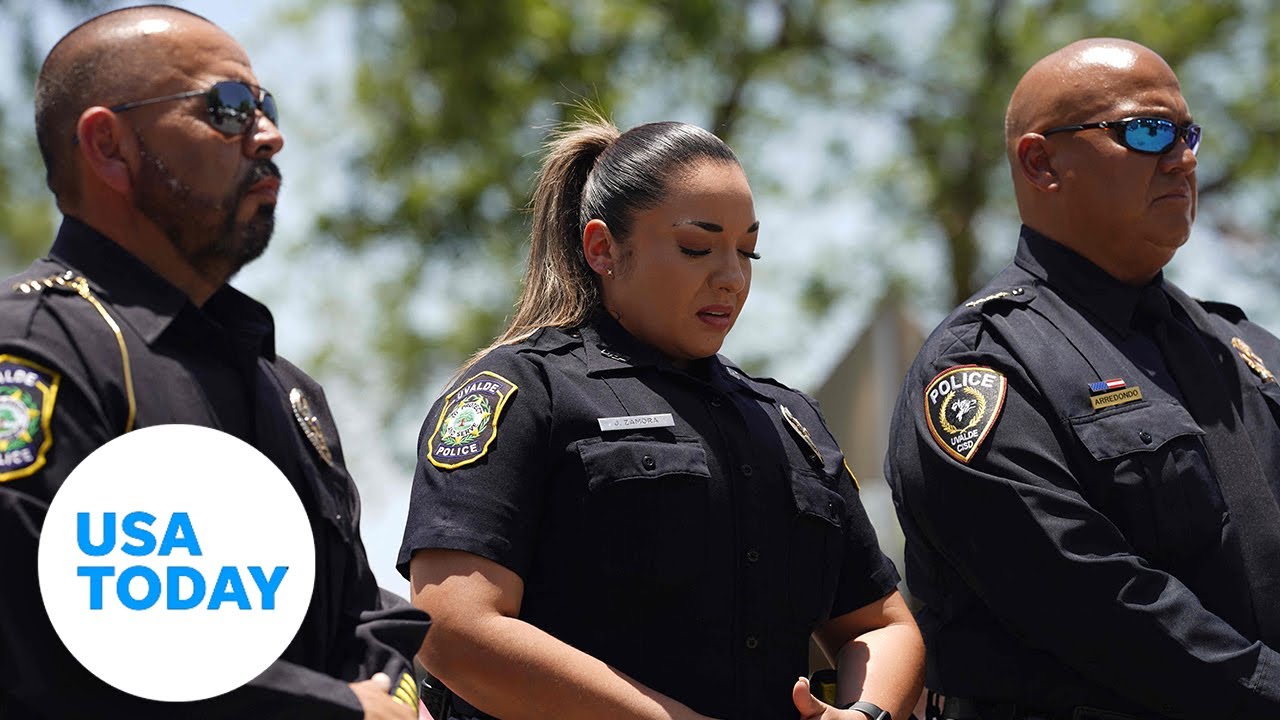 The head of the Texas Department of Public Safety said Friday law enforcement officers should have entered the classroom sooner in Uvalde, Texas, during a massacre that left 19 children and two teachers dead earlier this week.

The commander at the scene of the shooting at Robb Elementary School decided the incident had transitioned into a “barricaded suspect” situation, not an “active shooter” — a decision that Steven McCraw, director of the Texas Department of Public Safety, said was wrong while speaking during a news conference.

“From the benefit of hindsight, where I’m sitting now, of course it was not the right decision. It was the wrong decision. Period. There’s no excuse for that,” McCraw said.

A US congressman is calling for the FBI to investigate law enforcement’s response to the Massacre in Uvalde, Texasthat killed 19 children and two teachers earlier this week.

Rep. Joaquin Castro, D-Texas, wrote a letter to FBI Director Christopher Wray citing conflicting reports given by police about the timeline of events of the shooting and officers’ interactions with the shooter.

Texas state police have launched an examination of law enforcement’s response to the shooting. Witnesses and neighbors have contested officials’ statements about the events, while law enforcement officials have revised parts of their accounts. Officials have sought to assure the public that they responded immediately to the shooting as complaints surfaced about a delay in taking action and entering the school.

Castro said answers were needed about conflicting accounts: “Whether the school security officer and the gunman exchanged fire outside the school,” and, “How long law enforcement officers were in adjoining classrooms while the gunman barricaded himself in a classroom with students and teachers. “

University Hospital in San Antonio has released a 10-year-old girl, the first of three children who were being treated at the San Antonio center after Tuesday’s attack on Robb Elementary School.

The shooter’s 66-year-old grandmother, who had been shot in the face before the gunman took her pickup to the school, also remains in the hospital in serious condition.

School shootings are on the rise. More kids are dying from gunfire outside of school, too.

Including the Uvalde shooting — the second-deadliest elementary school shooting in US history — more people have died in mass killings in schools in the past five years than in the prior 12 years combined. That’s according to a database of mass killings kept by USA TODAY, the Associated Press and Northeastern University. A mass killing is defined as an incident in which four or more people are killed, not including the perpetrator. Read more.

What we know about the 21 victims

Families and community members gathered Thursday to mourn the 19 children and two teachers killed at Robb Elementary School in Tuesday’s massacre as more of the victims’ identities became known.

At a park in Uvalde, crosses bearing the names of the slain students and teachers were erected.

The two teachers who were killed, Irma Garcia and Eva Mireles, co-taught their fourth graders and were called hailed as heroes for protecting students. Garcia’s husband, Joe Garcia, laid flowers at his wife’s memorial site, but died suddenly later Thursday, leaving their four children with two funerals to plan.

The children who were killed included 10-year-old Xavier Javier Lopez, who loved to crack jokes and dance cumbia with his family, his mother Felicha Martinez told The Washington Post.

Layla Salazar, 10, was a fast runner who won ribbons at the school’s field day and sang along to “Sweet Child O’ Mine” by Guns N’ Roses on the way to school each morning, her dad Vincent Salazar said.

Jayce Luevanos, 10, woke up every morning and made his grandparents a pot of coffee, his grandfather Carmelo Quiroz said. He was happy and loved, Quiroz said. “He was our baby.” Read more.

the National Rifle Association begins its annual convention in Houston on Friday, and leaders of the powerful gun-rights lobbying group are gearing up to “reflect on” – and deflect any blame for – the deadly shooting earlier this week in Uvalde.

Former President Donald Trump and other leading Republicans are scheduled to address the three-day firearms marketing and advocacy event, which is expected to draw protesters fed up with gun violence.

Texas Gov. Greg Abbott canceled an in-person appearance at the convention and instead will be in Uvalde to speak about state resources for people affected by the mass shooting. Abbott will appear at the conference via a video recording, his spokeswoman Renae Eze said. Lt.Gov. Dan Patrick also decided to cancel his appearance after “prayerful consideration and discussion with NRA officials,” he said.

While President Joe Biden and Democrats in Congress have renewed calls for stricter gun laws, NRA board member Phil Journey said the focus should be on better mental health care and trying to prevent gun violence. He said he wouldn’t support banning or limiting access to firearms.

The NRA said in an online statement that people attending the gun show will “reflect on” the Uvalde school shooting, “pray for the victims, recognize our patriotic members, and pledge to redouble our commitment to making our schools secure.”

In what could be a potential breakthrough on gun legislation, McConnell told CNN he met with Sen. John Cornyn, R-Texas, and encouraged him to engage with key Democratic senators “in trying to get an outcome that’s directly related to the problem. And so I am hopeful that we could come up with a bipartisan solution that’s directly related to the facts.” of this awful massacre.”

Democrats, who hold 50 seats in the Senate, need at least 60 votes to defeat a filibuster and bring legislation to the floor, so any proposal will need the support of at least 10 Republicans, most of whom have shown little appetite to go against the gun lobby and restrict access to firearms.

Also Read  Memo to Ben Stokes: take the captaincy – but get out while the going is good | england cricket team

Meanwhile, a small, bipartisan group of about 10 senators met for a second time Thursday to negotiate legislation on guns. The three topics they discussed included background checks for guns purchased online or at gun shows, red-flag laws designed to keep guns away from those who could harm themselves or others, and programs to bolster security at schools and other buildings.

US Surgeon General Dr. Vivek Murthy said in the aftermath of the Uvalde, Texas shooting that incidents of gun violence “traumatize an entire nation.”

In an interview with USA TODAY on Thursday, Murthy said that gun violence is a public health crisis in the country, and that each incident retraumatizes people who have already survived shootings or who have been affected by the news of them.

“Yesterday, when I dropped my son and daughter off at school, the day after this horrific shooting, there was a part of me which didn’t want to send them, either. I hugged them close and didn’t want to let go when I was at the drop-off line. And I wasn’t alone,” he said.

Lawmakers have a moral obligation to “make sure that this time is different” and tell their constituents how they plan to address gun violence, Murthy said.

Most victims reportedly shot in first minutes of carnage

Most if not all of the victims were shot within the first minutes after the gunman arrived at the school, according to Texas law enforcement officials.

Victor Escalon, South Texas regional director of the Department of Public Safety, said at a Thursday news conference that reports of a school district police officer confronting the suspect were inaccurate.

“He walked in unobstructed initially,” Escalon said. According to the information police have, the suspect did not respond to negotiation, Escalon said. He said the majority of the gunfire — numerous rounds — were fired in the first minutes the gunman was inside the school.

Within four minutes, police were inside the school, Escalon said. But according to officials, it wasn’t until “approximately an hour later” when US Border Control tactical teams arrived and killed the suspect.