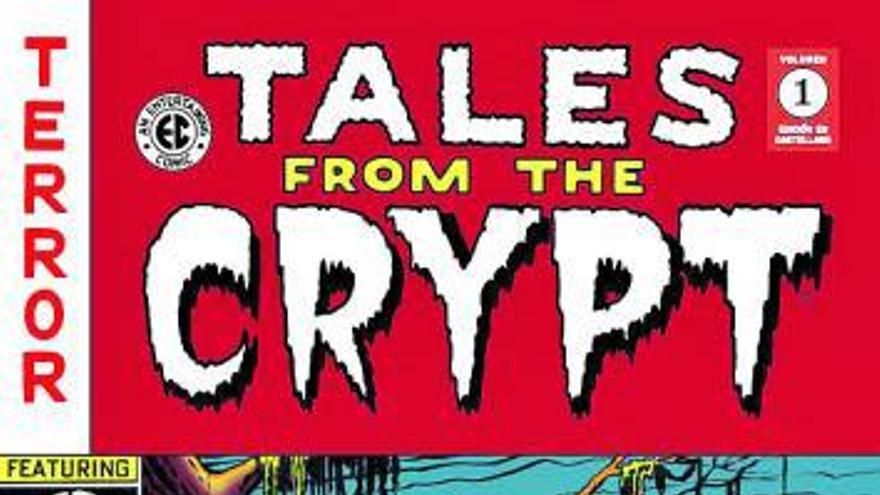 Back in the 1940s and 1950s, the comic underwent a very rapid evolution in the United States under its consideration as a mass product. Comics jumped from newspapers to comic books, where genres won a game that attracted readers with utter devotion. Superheroes were the icebreaker of a format that was soon taken over by other themes such as crime, romance, western or terror, addressing in a very short time to an adult reader far removed from the childhood image associated with comics. A deviation understood by a part of society as a danger to childhood and youth, which was resolved with public comic book burnings and draconian codes of industrial self-control, as David Hajdu well narrates in La Plaga de los Cómics (EsPop Ediciones, translation by José Mª Méndez). But from that time there was a way of understanding the genre that had its great exponent in the comics of the publisher EC Comics: under the direction of Max Gaines one of the most brilliant groups of authors in the history of comics was swirled, which led the cartoon to other limits. Al Feldstein, Harvey Kurtzman, Jack Kamen, Wally Wood, Jack Davis, Bernard Krigstein or Frank Frazetta were some of the names who changed the rules of an adventure that was open to reflection beyond morality and that, in the case of the horror genre, they broke every established rule. Without giving up all the traditional imaginary of monsters that came from popular literature, the authors of the CE were aware that the language of the comic could not transfer fear with the mechanisms of cinema or literature and that they needed to find another way to scare away. And they did, discovering the most horrifying monstrosities in the human being, in his perverse capacity for pain and damage. The headline comics such as Tales from the Crypt, House of Fear or Vault of Horror achieved the surprise of the readers, but also the chill at characters whose gaze opened evil and unfathomable abysses. Almost seven decades after those first fears, the EC comics continue to have irresistible force, fueled by a pop culture aura and by being the basis for the digression and provocation that would be embodied in the underground comic of the 1960s. Editorial Diábolo embarks on the necessary recovery of these comics, beginning with the comprehensive publication of horror comics in the Tales from the Crypt collection (translation by Santiago García). It should be noted the exquisite work of the publisher, which has remade the recent American edition (with very questionable digital coloring decisions) to achieve one of the editions most faithful to the original in memory. Without a doubt, one of the editorial events in the world of comics.

And, already talking about terror, it is worth remembering that the other great kingdom of terror has always been Japanese manga. Authors such as Kazuo Umezz or Hideshi Hino laid the foundations for a way of understanding terror as refined as it was shocking that was based on the exploration of the most fundamental fears of the human being. Possibly one of the most important disciples of these two authors is Junji Ito, an author who in his works explores those same depths of depravity that humanity hides, finding places where horror is the kindest feeling we are going to feel. In The Best of Junji Ito (ecc editions, translation by Olinda Cordukes) different short stories are compiled, where the author of masterpieces of the genre such as Uzumaki explores different possibilities, from the adaptation of classics by Edogawa Rampo to disturbing stories that remain as a nightmare sound in the background in our brain and returning through images impossible to forget.