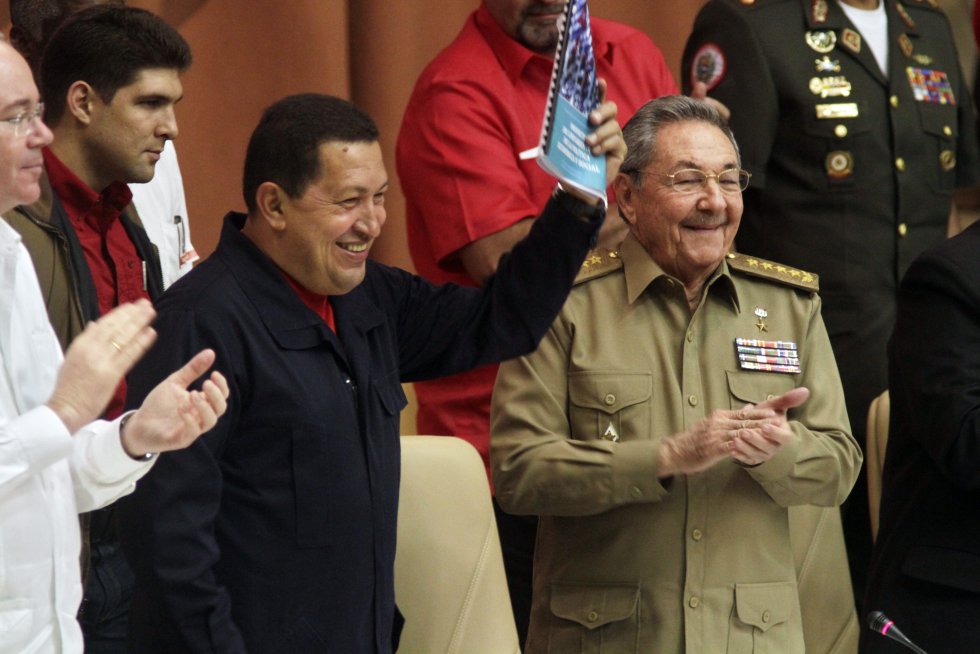 The terms left and right have never been more confusing than today in Latin America; but, above all, we stumble across fences of understanding when we refer to the left, which suffers from an identity syndrome.

There is a conservative left stuck in the time warp that cannot orient itself towards the exit of the 21st century because it has in front of its eyes the enormous philosopher’s stone of Soviet longing. The party, tough and monolithic, that guides the masses towards a future without blemish; and there is the other, of the old ideological guerrillas who see in the armed struggle an ideal that they know is worn out, but for which they cannot find a substitute.

The Peace Accords achieved in Colombia under the government of President Juan Manuel Santos, signified the renunciation of arms by the FARC, the oldest of the guerrilla movements in Latin America, already when the armed struggle as a method of taking power had lost all prestige.

Before, the Esquipulas Peace Accords, achieved under the plan promoted by President Arias of Costa Rica, ended the wars of the eighties of the last century in Central America: the one that was fought in Nicaragua between the Sandinista guerrilla regime in the power backed by the Soviet Union, and the cons funded by the United States; and the FMLN guerrillas in El Salvador, and the URNG in Guatemala, whose leaders passed into civilian political life.

But what happened then was an orphan situation. These peace processes before the end of the century coincided with the fall of the Berlin Wall. The 1990s were one of agony for the orthodox left, which was never willing to make concessions, because its fundamental ideas were dismantled: the single, or hegemonic, party in control of the state; the State as sole employer; and proletarian democracy, contrary to bourgeois democracy.

For those who refused to accept that that world, part unreal and part real – there was much talk then of real socialism at the time of the collapse – had ceased to exist, everything was left in a vicious nostalgia. They did not see, and many still do not see it from that strict orthodoxy, that the only way out for the left is to become part of the democratic system without surnames, which begins by competing for power in elections, and accept that through electoral processes win or lose.

But then, before the start of the new century, the erosion of the democratic system in Venezuela, which lost credibility due to a lack of renewal, opened the doors to the populist phenomenon of Hugo Chávez, something that was not new in Latin America – just remember Perón and to Getulio Vargas – but who had been infused with a new messianic and redemptive spirit, and put the stagnant language of the traditional left back into fashion.

It is when the greatest confusion about the left is created, because behind Chávez’s populism, with his petrodollar benefactors, an old orthodox like Daniel Ortega also appears as a populist in Nicaragua, because he can dispose of the close to 5,000 million dollars that are available to him. They come from Venezuela over several years, and Evo Morales is also a populist in Bolivia. All, along with Fidel Castro’s Cuba, which without Chávez’s munificence would not have been able to survive.

Left-wing populism that bleeds Venezuela. But into the 21st century, populism also becomes right-wing, an ideologically closed populism, the one that Trump encourages in Bolsonaro, sectarian, intransigent, demagogic. But also Maduro, Chávez’s heir, is a demagogue who builds his bombastic speech on the ruins of a country impoverished to the extreme by corruption and waste.

And a political leader of the old left guard, like Cerrón in Peru, until recently secure in his role of power behind the throne of Professor Pedro Castillo, exhibits a homophobic and misogynistic discourse, a conservative on the left, who touches himself with the of Bolsonaro. And in the same bag, the laws of Ortega that punish those who he judges that violate national sovereignty, are laws like those of Putin, but also like those of Mussolini.

The great political poles in Latin America will continue to be the left and right parties willing to accept alternation as the fundamental rule of the game, to accept electoral results no matter how narrow the margins, and to govern according to the democratic rules that necessarily pass. out of respect for institutions and public liberties. A deceitful left or right, who when coming to power through electoral means assume the design of staying forever, destroying or weakening the institutions for this, and concentrating all power at any cost, are the very negation of democracy, and all they do is create new cycles of violence.

The caudillo, whether from the left or from the right, is an old ghost that makes sound his chains of fanaticism, sectarianism, and repression of ideas and the free expression of thought.

An obsolescence of our history, which conspires against any possibility of modernity.

Sergio Ramirez is a writer.

Also Read  'Wake up America' from the houses: Carlos Calderón and his pregnant girlfriend have coronavirus