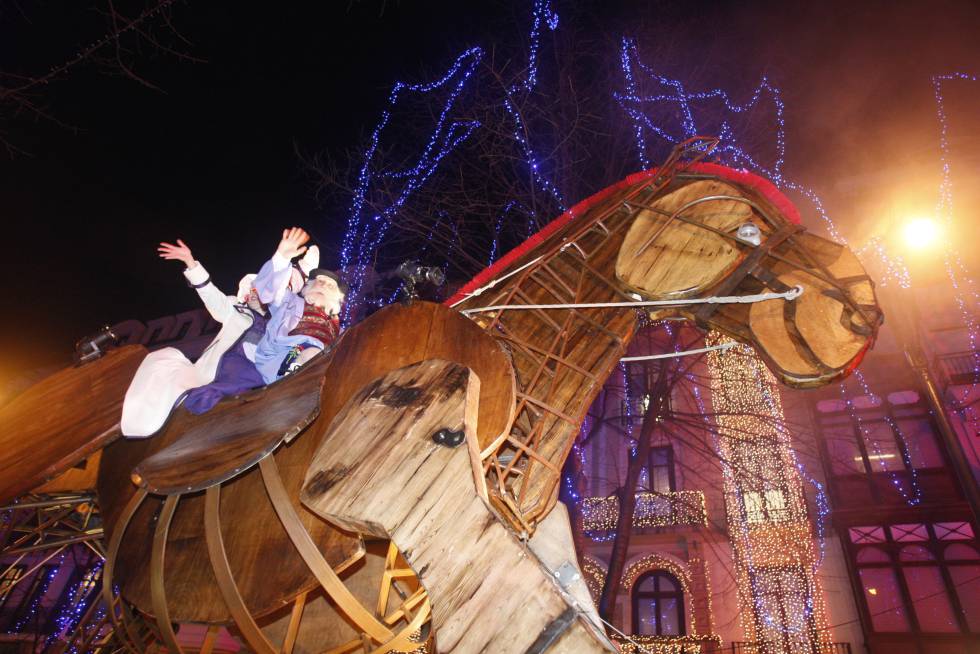 Olentzero, the mythical charcoal burner who in the Basque Country is responsible for distributing gifts to children, probably in coordination with the Three Wise Men and Santa Claus, does not understand Spanish well. At least that of Leioa, a Biscayan town next to Bilbao. This has been made known by letter to 4,000 local children who have been asked to write Christmas letters with their favorite gifts in Basque.

The same has happened to Mari Domingi, another fantastic character from Basque mythology, in this case a shepherdess who represents femininity, the arrival of winter and the birth of the new year, and who also subscribes to the critical letter. Like Olentzero, he chokes on Spanish, and in the letter he reproaches “with a slap on the wrist” the little ones who have written to him in Spanish because he says that “we don’t know Spanish and we have to make a terrible effort to understand. Sometimes we did not succeed and we were left unable to read them and without knowing your wishes “.

The children of Leioa, the town on whose hill the University of the Basque Country is located, are devastated. Not because Olentzero and Mari Domingi are possibly the only two residents of the Basque Autonomous Community who do not understand Spanish, but because of the terrible consequences that this can have for their own interests. Let’s see if because of a translation problem, instead of their favorite toys they will receive something else. In short, the worst possible scenario for children.

Adults have analyzed the letter from another point of view. For the Popular Party, this is a misguided initiative, to the point that the president of the PP of Bizkaia, Raquel González, has denounced the content of the letter. He believes that it is inconceivable that the nationalists (the Leioa City Council is governed by the PNV in coalition with the PSE-EE) are capable of playing with the illusion of children in “their effort to impose the Basque language.” “It is a clear example of the sectarianism of the PNV. If you don’t speak Basque, Olentzero ignores you. They have no soul,” Gonzalez pointed out.

😠 Due to their eagerness to impose the Basque language, they are even capable of playing with the illusion of children

😞 They have no soul pic.twitter.com/EFeQZclis2

Carlos Iturgaiz, the president of the Basque PP, has joined the criticism and by elevation has united Basque and pandemic. “The PNV does not want vaccination queues, but queues for the Basque language. And to top it all, sectarian nationalism uses, indoctrinates and forces children to write to Olentzero only in Basque,” Iturgaiz criticized.

The City Council has stepped up and questions whether the issue is being politicized. The mayor of the town, Iban Rodríguez, explains that perhaps the letter from Olentzero and Mari Domingi could have been written differently, but explains that, in any case, it was not done with bad intentions. “There is no evil,” has come to pass. Rodríguez regrets that everything has been taken out of context. “As there is no parade, or personal encounters, we are looking for an alternative for children, Olentzero and Mari Domingi to meet again. It is a beautiful gesture in which they can speak in Basque, Spanish or combining both languages,” he explained.

In Leioa, more than one minor will stay awake for a few nights until finally the next day 24 the charcoal burner and the shepherdess arrive, and they verify, with few exceptions, that the problems with the different languages ​​have never been an obstacle to the gifts arrive on time to your hands.