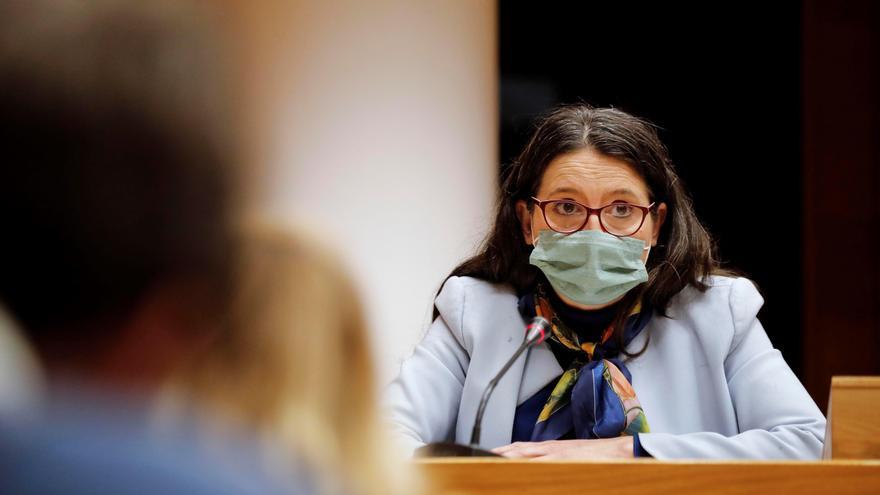 The first vice president of the Consell and Councilor for Equality and Inclusive Policies, Mónica Oltra, announced this Wednesday that residences will carry out antigen tests among their residents to speed up the detection of COVID-19 infections and be able to act as quickly as possible when a positive occurs. This has been indicated during his appearance before the Social Policy Commission of Les Corts Valencianes, where he has appeared to report on the situation of nursing homes in relation to the coronavirus pandemic.

The autonomic person in charge has remembered that the people before entering a residence must have a negative PCR 72 hours before as well as the new workers and those who return to their job after a vacation of more than 14 days. Likewise, Oltra has also indicated that since October 27 periodic tests are also carried out on workers, “which is where the virus can enter.”

However, he has insisted on his opposition to performing PCR on users every 15 days because, in his opinion, they represent an “unnecessary fierceness”, but he has advanced that his Ministry has acquired antigen tests to be able to do them quickly at the users as a first approximation and, in this way, to be able to act “having results in 15 minutes, although later they have to be confirmed with a PCR”.

Another of the issues that Oltra has announced is that next Friday the Consell will approve a decree law to financially compensate the effort made by health and social health personnel during the previous state of alarm as a result of the coronavirus and, likewise, will give the green light in a way Imminent to a decree of direct granting of subsidies to centers, sheltered housing and social initiative entities to face the extraordinary needs derived from the pandemic, to which 10.9 million will be allocated.

“The pandemic does not stop and the actions we carry out neither,” said Oltra, who added that a minimum of 50% of these new subsidies will go to cover the cost of the additional personnel hired, as well as the effort of professionals who work every day in very difficult situations.

This amount will cover the gross salary costs (including payments to Social Security corresponding to the company) of the personnel hired in an additional way to replace the leaves caused by the covid-19 or overtime.

The rest of the amount, said Oltra, will cover the acquisitions of material, such as tablets and televisions, that allow residents to live with better privacy, maintain their autonomy and facilitate contact with the outside and their families.

Regarding the remuneration to the staff, the councilor has explained that it will be an extraordinary salary bonus that will benefit around 1,500 workers in public centers.

The vice president has expressed her gratitude to “each one of the people who works in the public system of social services for their generosity”, and to the public employees who have given their all “to be at the foot of the canyon and attend to the citizenship”.

At this point, he made “special mention” to the people affected by the coronavirus and recalled the 1,972 Valencians and Valencians who have died, of which 664 are older people who lived in residential centers.

Oltra has stressed that to fight against the covid, daily management has been reinforced through an emergency plan that includes the hiring of 29 professionals: 7 management assistants, 7 administration, 11 technical legal staff, 2 architecture and 2 personnel senior technician of the general administration. This staff will serve as “extraordinary and temporary” reinforcement to streamline the procedures and work in their department, which are added to the 12 new positions in the inspection service.

In addition, next year “salary justice” will be done with the social health personnel of the public centers and they will be matched with the health personnel, which will benefit 56 doctors and 184 nurses.

In this sense, he stressed that in 2021 the “highest” budget for social policies in history will be available with about 2,000 million to increase resources, centers, places, and professionals to serve “more and better” all the people who need it. Thus, he has once again asked for the support of the opposition to transform “the applause on the balconies” into votes from the seats that allow these proposals to be carried out.

In the same way, he highlighted the infrastructure plan, endowed with 500 million, to “advance in a new residential model” against the “mercantilist inherited from the PP that favors, as this pandemic has taught, that it is necessary to promote personal autonomy and deinstitutionalization of the system so that the elderly can live as long as possible at home “.

In this regard, he stressed that this second wave of the pandemic is affecting us “in a harder way than we expected”, so “we must maintain the alert and all the security measures that guarantee public health.”

In this sense, it has been reported that to date 314 contingency plans have been submitted for residences for the elderly, 99%, and 125 for day centers, 69%. However, there are four residences and 56 day centers, all of them private, that have not presented it, it is a serious offense, and has warned them in writing that if they do not present them in a few days the sanctioning procedure will begin.

The vice president, who has reviewed the resolutions that have been approved since the beginning of the pandemic and the measures that are applied in each phase, stressed that the last one of August 17 includes the agreement reached by the National Health System although it is study a new update.