Perhaps one of the images that remain for the history of the Tokyo Olympics will be its empty stands due to the coronavirus pandemic.

Despite the enormous efforts of different organizations related to sports, on July 9 the Japanese government decreed a general emergency in the country due to covid-19, which basically specified an aspect that many had anticipated: the absence of public in the scenarios where the Games will be played.

The organizing committee had previously indicated that foreign audiences would not be allowed in the stands, and later the restriction was extended to local spectators.

They will be the first Olympic Games in more than 120 years that do not have a crowd in the stands of the stadiums.

And although it will not be the first sporting contest without an audience -various disciplines have advanced their tournaments in closed stages during the pandemic-, it is something unprecedented in a global event of this magnitude.

So how can this affect the performance of athletes?

“It all depends,” Dr. Laurie Heller, a professor of psychology at Carnegie Mellon University, anticipates to BBC Mundo.

“It can be a positive aspect for individual disciplines, where the public can influence the concentration of athletes, but negative for team sports that have a strong connection to the stands.”

For Heller, sound has always been part of the performance sport experience, for competitors and audiences alike.

“Now there is one less element: the public, the noise. And that also influences other aspects in many ways: local athletes, foreigners, even the performance of judges. It sneaks in everywhere,” says the psychologist.

“There is a synchronization between sound and performance”

When the pandemic broke out in March 2020, most of the massive sporting events were canceled.

However, a few months later, the major professional leagues gradually resumed competitions, partly under pressure to honor television contracts, but with evidence that the matches had to be without an audience.

Some athletes refused to take part, such as American basketball star Lebron James. “Without fans, I don’t play,” he said.

Also Read  Blind Date: 'He Said He Could Be Justin Trudeau's Younger Brother' | Have a date

However, the virus was sweeping around the world and filling a coliseum with thousands of spectators was simply an inconceivable risk. 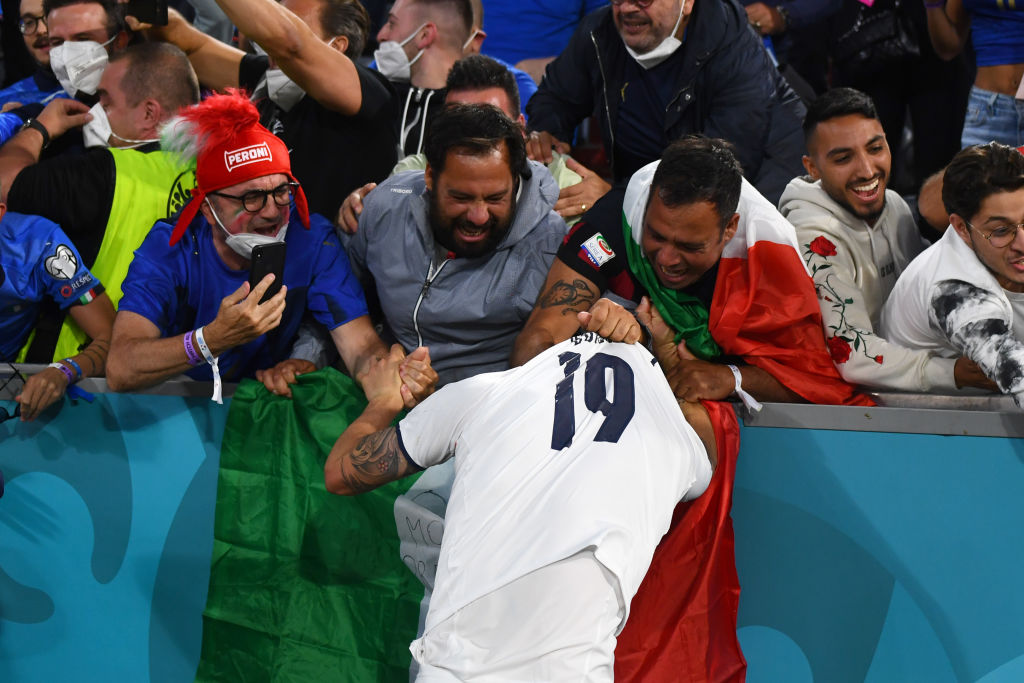 Thus we began to get used to seeing totally empty stadiums on TV screens.

“It’s easy to overlook the importance of the listening experience at an event like sports,” explains Heller.

“You don’t think about the noise of the crowd until this one this“he adds.

According to the academic, for some athletes – especially those who are used to large crowds – noise has a great influence on the performance of the muscles.

“There are athletes who have the ability to synchronize the noise that comes from the public and their performance. In other words, noise is a kind of fuel to achieve their best performance,” he says.

Perhaps for that reason in many sports they tried to artificially reproduce the sound of the public. In fact, in the NBA screens were installed on stages with fans supporting from their homes.

However, and this is something the experts agree on, on the other side are the less popular sports where the noise of the public is not key.

“How it will affect depends a lot on each person. And the truth is that (each athlete) should already know how this factor will influence, because they had to take it into account in their preparation,” Daniel Weigand, professor of performance psychology, told BBC Mundo. University of Western States Sports.

For Weigand, in many cases the issue of audience is more important to sports fans or viewers than it is to the athletes themselves.

“You have to take into account that many of the athletes who compete in the Games do so with almost no public during much of their Olympic cycle, so it will not be a very big change for some,” says Weigand.

Japan and its locality

In recent years, the host countries know that they have an excellent opportunity to land historical presentations.

An example of this is South Korea: before Seoul organized the 1988 Olympics, the Asian country had won just seven gold medals (most of them in the preceding Olympic Games, Los Angeles 1984).

In his jousting at home he got 12 gold medals. Almost double.

A history that repeats itself with the United Kingdom (in London 2012 he won 26 gold medals, his second best historical participation. And the first was also at home, with 56 medals in London 1908), Australia, Greece and not to mention powers like China and the US.

Perhaps Japan expected something similar: surpass the mark of 16 gold medals that he achieved precisely in Tokyo 1964.

Weigand points out that for several years he worked with a local basketball team in the UK and there was a strategy largely based on when home games were played.

“The support of your audience can take the pressure off you and put it on your rival. It’s that simple. And that, together with adequate preparation, can give you an Olympic medal that perhaps in another country you would not have achieved,” says Weigand.

Although perhaps not all is lost for Japan.

In a recent report published in the specialized journal PLoS ONE, researchers analyzed nearly 1,000 matches of the six main soccer leagues in Europe that were played during the last year without an audience and compared them with previous seasons. 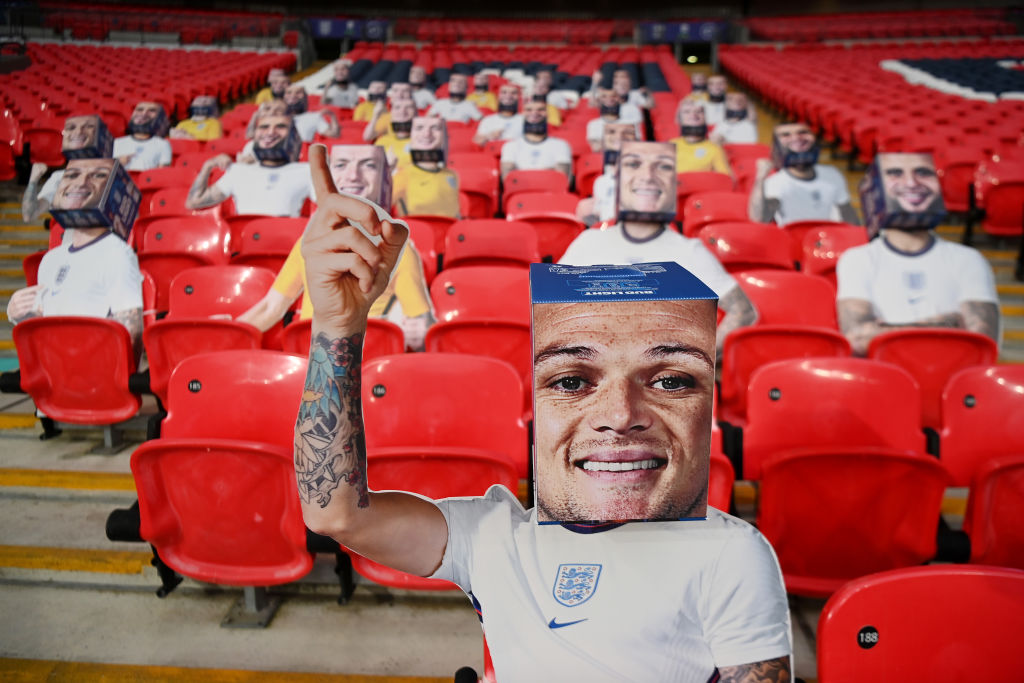 It must be taken into account that many of the athletes who compete in the Games do so with almost no public, so it will not be a very big change “

One of the main conclusions of the study, carried out among others by members of the German Higher School of Sports, is that the teams maintained the advantage of playing at home despite the absence of fans in the stands.

The sample (with matches from England, Italy, Portugal, Turkey, Germany and Spain) indicates that home teams won 43% of matches, compared to 45% in previous seasons.

“The current data is evidence that the advantage of playing at home decreases, but in an insignificant way,” they point out in their conclusions.

However, the essay only refers to football, a sport where the public has always played a fundamental role.

The influence of the judges?

Likewise, no one can be unaware that a judge can also influence when it comes to achieving victories or defeats.

The Mexican diver Carlos Girón is the best testimony of this: at the Moscow Olympics in 80, with the US boycott underway, Girón had an extraordinary round of dives on the three-meter platform.

At the time of defining the gold medal with the Russian -and local- Aleksandr Portnov, he made a catastrophic jump, which anticipated a gold medal for the Mexican.

However, one of the judges – the Swede G. Olander – pointed out that the noise made by the public – his own public – had “deconcentrated” Portnov and he was allowed to repeat the jump. It was finally the local who got the gold medal.

Although it is true that these cases are quite exceptional, experts point outPerhaps the silence of the stands will bring a respite to the Olympic judges.

“This absence of the public I think is going to benefit the performance of the referees when it comes to being able to concentrate to make much more correct decisions,” says Weigand.

For Heller, judges, although they have special training, can also be victims of excess noise, which can cause an increase in heart rate and can, therefore, alter the judgment of decisions.

And that additional stressor is not going to be present in Tokyo.

“The whistles, the screams that are often direct insults, that have direct pressure on the judges, especially in popular sports such as football or basketball. And much more if you are contesting a medal”, Weigand asks.

Another of the great conclusions of the PLoS ONE magazine report is that without an audience, the referees also began to whistle more fouls at the premises than they had previously scored.

We will have to wait for the end of the Olympic Games to know what impact the silence and that “relative loneliness” will have on the performance of the protagonists and on the work of the Tokyo judges.