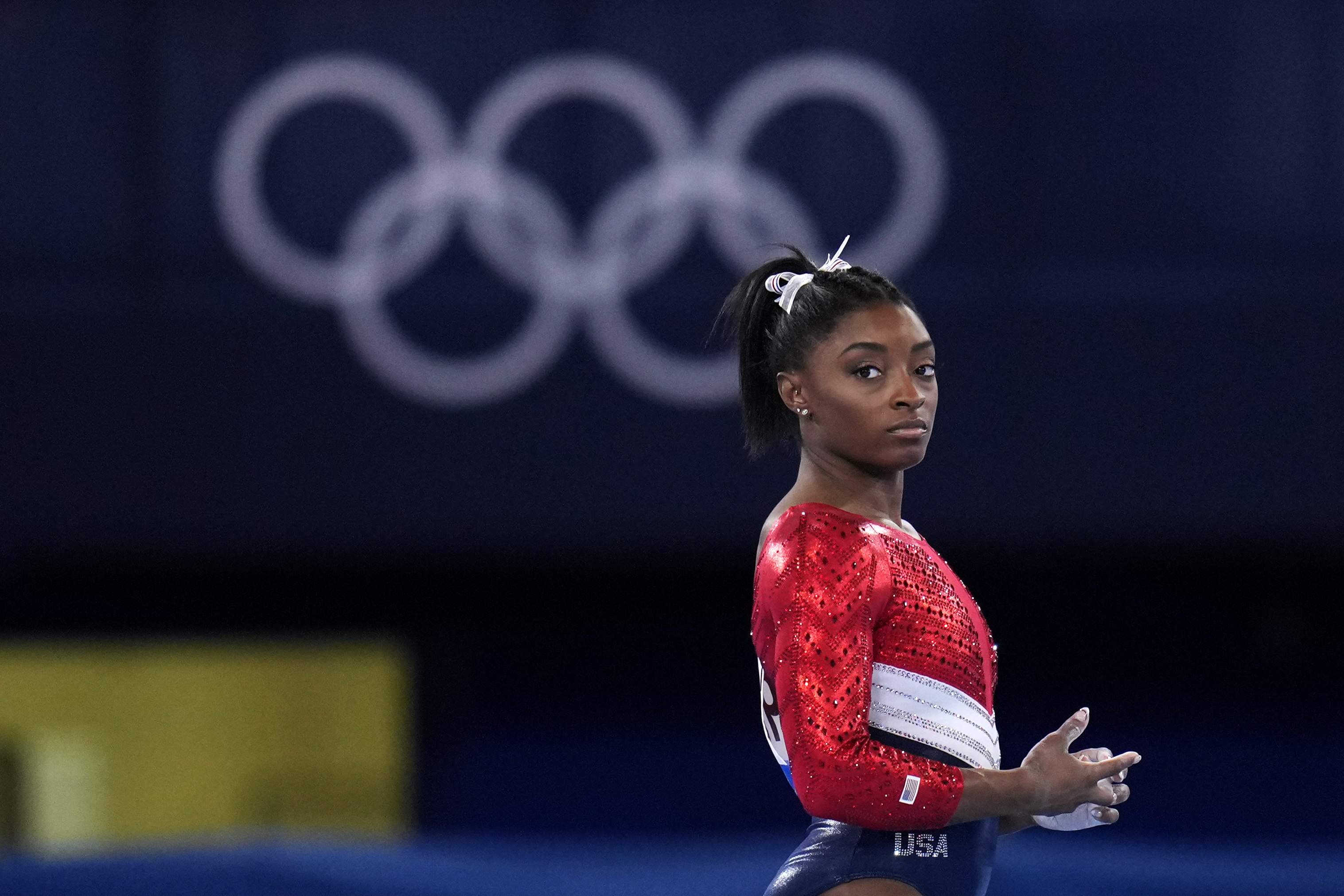 Like the prisoner of romance, who does not know when it is daytime or when the nights are because a crossbowman killed the bird that sang the dawn, he turned off the light of day, so is Simone Biles, who on her Instagram confesses that when flies and spins in the air, lost in space, does not know where the head and the ground are. “I literally cannot distinguish top from bottom,” writes Biles, the queen of the Rio Games (four gold medals and one bronze), who arrived in Tokyo with the aspiration of repeating and improving and giving metal value to the consideration. best gymnast in history, a title already earned for his almost revolutionary contribution to the progress of the discipline. “I don’t have an iota of control over my body. This disconnection between head and body is the worst feeling I have ever had in my life ”.

This condition, well known by gymnasts, who call it “having the twisties“(Los girillos) in the United States, is the daughter of a mental block whose cause does not intuit, says Biles, who, finally, has decided to withdraw from the fight for the medals in the vault and uneven bars finals, for which she was classified. and that will be played this Sunday. “I’ve had this problem a few times, but only in jumping and ground, now it’s literally on all machines,” says Biles, who has yet to decide whether to compete in the floor (Monday) and balance beam (Tuesday) finals.

“It’s a problem that usually occurs when you start adding difficulty to the moves with more twists, twos, threes, and pirouettes. We say that the gymnast ‘gets lost’, he doesn’t know where he is, and he has to open up in the middle of the exercise ”, explains Fernando Siscar, Ray Zapata’s coach, who will dispute the floor final on Sunday. “If this happens in a training session, there is no problem, stop, the exercise is simplified for a few days, it is left in a single turn and perception gradually recovers, but in a competition, and more if they are Games, open up in the middle of an exercise it can be a serious problem, a fall, a serious injury. If you can relax the practices for a few days, you fix it, but that is impossible in some Games ”.

Since retiring from the team final, in which he won a silver medal, Biles has entered precisely that process of relaxation. Apart from going to the gymnastics pavilion to cheer on her partner Suni Lee, who won the entire contest against Brazilian Rebeca Andrade on Thursday, Biles has been training in a private gym in Tokyo, working out on very soft foam mats that cushioned her falls, without danger, after very simple exercises, as the coaches have explained to the North American press, and they say that when her brain clicks again and she regains her aerial skills and the confidence to dare them, she will be the old Biles again.

On her IG stories, Simone Biles responds to people who think she “quit” on her team by explaining the “the twisties” she’s been experiencing and what it feels like “not having your mind and body in sync” …. pic.twitter.com/79hN973rkd

“I have read that the cause may be stress, but I do not know,” writes Biles in his post. “Other times, in a couple of weeks I have recovered from similar problems, but not so serious,” acknowledges Biles on his Instagram. “We will see day by day.”

Specialists compare it to yips (tremors) of golfers with the putter in the green, unable to control the movements that have been part of their daily routine since they were children, or with the sudden inability of some baseball hitters to see curveballs coming. “There are people with better conditions to develop a good time-aerospace vision than others, but it is not an innate talent, but it develops from children, training it a lot”, explains Siscar. “And based on simple twists at the beginning it is created, and gradually adding more complications.”

When it happened to Biles, in the jump of the team final, the American gymnast showed why she is the best, because she reduced the planned pirouette, an Amanar, to a turn, which required two and a half, and was able to land on her feet. , something, say the specialists, practically impossible. “And taking a step to the side, being aware of his problem and resolving to step aside, Biles showed how great crack which is, because it is not easy to do what she did, “says sports psychologist Pablo del Río, who uses the term burnt, “Burned”, to explain what happens to a gymnast used to the most difficult exercises, the most enormous in the history of women’s gymnastics, and always landing on her feet. That was one of his great qualities, the one that made him be like a cat, his great capacity for temporal-aerospace perception, knowing with time stopped and in the air where each part of the body is, and being able to control movements better. than anyone. “It’s like hidden fires, which are burning but only appear when they are uncontrollable. This is how this problem usually manifests itself. It is a very slow mental exhaustion and you only see the fire when it is lit, as it happened to Biles here in Tokyo ”.