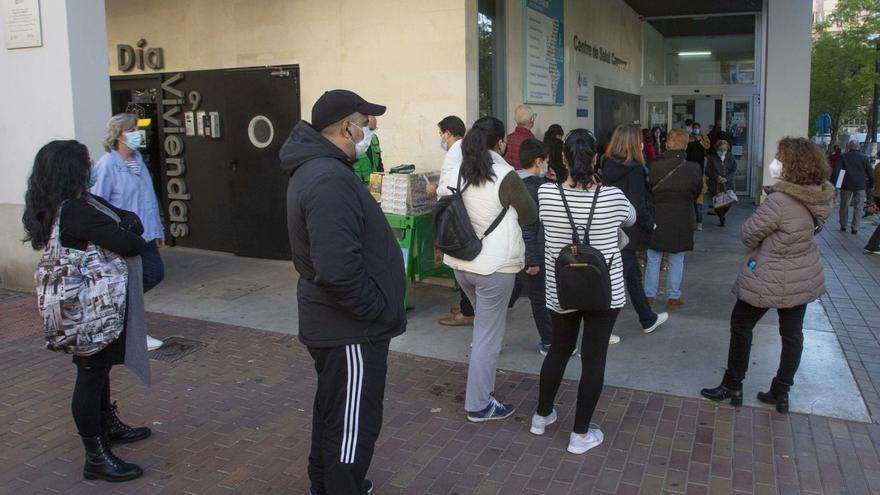 The arrival of the omicron variant has affected practically the entire Valencian population but, above all, it has targeted the age ranges between 20 and 29 years and between 12 and 19 years. On the other hand, the population sectors that have had a lower incidence increase have been those of boys and girls from 0 to 11 years of age and those over 60 years of age. This is clear from the comparison of the accumulated incidence data during the last 14 days issued by the Ministry of Health on January 4 with respect to the same report dated December 2, just a few days after the first case was confirmed. of covid due to the omicron variant in Spain. Among the main reasons for these differences: the effectiveness of the third dose of vaccines in those over 60 years of age and the increase in social interactions between adolescents and young people in recent holidays.

Just taking a look at the data and without going into detail, it can already be seen that the range between 20 and 29 years has gone from being one of those with the least incidence (with 216.61 cases per 100,000 inhabitants) to becoming the which concentrates the largest number of affected with an overwhelming difference (3,330.97 cases). Since the arrival of omicron, the incidence in this sector of the population has multiplied by 15.

If there is another age range in which the incidence has also grown ostensibly, it is adolescence, which has gone from being one of the sections least affected by the virus, with 166.77 cases per 100,000 inhabitants, to to rank as the third with the highest proportion of infections (2,113.39 cases). Specifically, the incidence among boys and girls between the ages of 12 and 19 has multiplied by 12 in just one month. The main reason for this greater increase in these population sectors seems to point, above all, to their greater exposure to favorable social contacts during the December bank holiday and Christmas dates.

In the comparison between the two reports, it can also be clearly seen that the population sectors where the incidence has increased the least are among boys and girls between 0 and 11 years of age and those over 60, the latter being precisely those who were just starting out. to receive the third dose of the vaccine in the days prior to the arrival of the omicron variant.

In fact, at the beginning of December, boys and girls between the ages of 0 and 11 had the highest cumulative incidence at 14 days with 452.46 cases per 100,000 inhabitants. As of January 4, that figure had risen to 1,793.66 cases, thus multiplying by 4, far from the speed at which infections among adolescents or young people have grown.

Likewise, people between 60 and 69 years old and those between 70 and 79 years old were at the beginning of December in incidence numbers similar to those of other adults. However, now in January, although the number of infections has grown, they remain in a clearly lower proportion than the rest.

The main reason why the omicron has not reached so much to those over 60 years of age seems to lie, above all, in the efficacy of the third dose of the vaccine, which they were already receiving – or had received just when the new variant, with greater transmission capacity, broke into the Valencian Community.

Likewise, children under 11 have greatly reduced their contacts in recent weeks due to school holidays, which would have contributed to reducing contagion between them.

Also Read  Someone removed my toilet seat during Covid. But it's still good to be home | Australia News