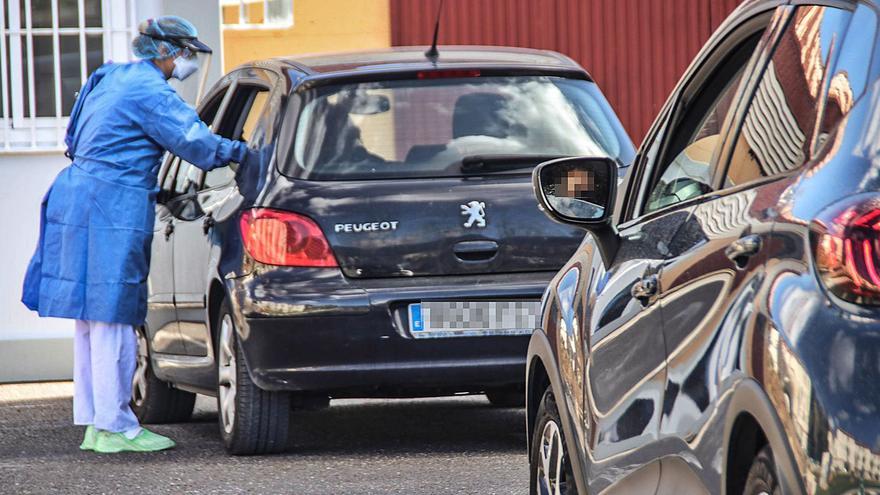 The coronavirus pandemic is having a strong impact on the workplace, as evidenced by the fact that one in six workers in the province has already been off work for this reason. According to information from the National Institute of Social Security (INSS), a total of 106,493 employees have undergone temporary disability processes since the beginning of the health crisis, 30% for being infected and the rest for isolation. It also happens that the third wave is the one that is showing the most virulent in this regard, given that 44% of work absences belong to it.

In the period between February 15, 2020 and January 27, 2021, 337,648 processes of temporary disability due to coronavirus have been declared in the whole of the Valencian Community, of which 106,493 belong to the province of Alicante. The figure acquires greater relevance if it is taken into account that the total number of active members in Alicante territory is 645,746, from which it is deduced that practically one in six workers has already been on leave as a result of the covid since the start of the pandemic. It should also be noted that of all absences from work, 31,631 have been directly linked to infections, while the remaining 74,862 correspond to home isolation as a result of contacts with positives.

From the CC OO union it is highlighted that the third wave of infections that is being experienced at the moment is proving to be the most virulent, to the point that 44% of the casualties correspond to the period between October 21 and January 27th. In this sense, it should be noted that the number of temporary disability processes currently in force in the province of Alicante is 19,286, of which 8,217 are due to infection and 11,069 due to isolations.

It should be noted, on the other hand, that in the whole of Spain there have been 3,331,761 sick leave due to coronavirus since the crisis started just a year ago, and that in the provincial ranking of the highest number of cases, Valencia is located in the third position and Alicante in fifth.

On the other hand, and according to the data that work mutuals handle, of the total number of Social Security affiliates in the province, 2.8% were on leave last year due to work accidents, which represents a decrease of 2 % compared to 2019. Processes for common contingencies, on the other hand, stood at 19%, which represents a decrease of 7%. With regard to the coronavirus, the casualties represented 19.7%.

The person in charge of Occupational Health at CC OO, Daniel Patiño, draws attention to the high incidence of processes in this third wave, which leads him to demand a prudent and slow de-escalation, “since – he emphasizes – another month and a half with these data would be catastrophic for the health system, but also for companies that continue to maintain their activity.

For the union leader, “if we have learned anything in these three waves, it is that the false debate between health and the economy only harms the most vulnerable people, the working people.”

Patiño highlights that «we have the third and fifth provinces with the highest number of processes for temporary disability. This should make you think about mistakes made that cannot be repeated. The concern of some sectors is understandable, but another wave of this magnitude would expose the system to risks with unpredictable consequences for the whole of society.

The head of Occupational Health also highlights the high incidence that isolations have had on casualties, indicating that “the possibility of using this benefit has been a useful tool that has helped to improve the overall result of the public health policies implemented to combat the coronavirus pandemic. ‘

Employers affirm that the situation in the workplace is under control, and that the contagions that later lead to sick leave are occurring mostly in the social sphere.

The president of the Valencian Business Confederation (CEV), Salvador Navarro, points out that temporary disability processes are posing a cost for companies and mutuals, but adds that the problem is being generated outside the work centers.

In his words, “that one in six workers has been on sick leave due to the covid is a fairly high figure, but companies, with the preventive measures they have been adopting, have the situation quite controlled in the workplace. It is evidence that contagions are occurring mainly in the social sphere, which is where people relax.

Thus, all hopes to end the problem are placed in the vaccination process. “It is, without a doubt, the key so that we can regain normalcy at all levels,” he adds.

The employer attributes the contagions to the social sphere