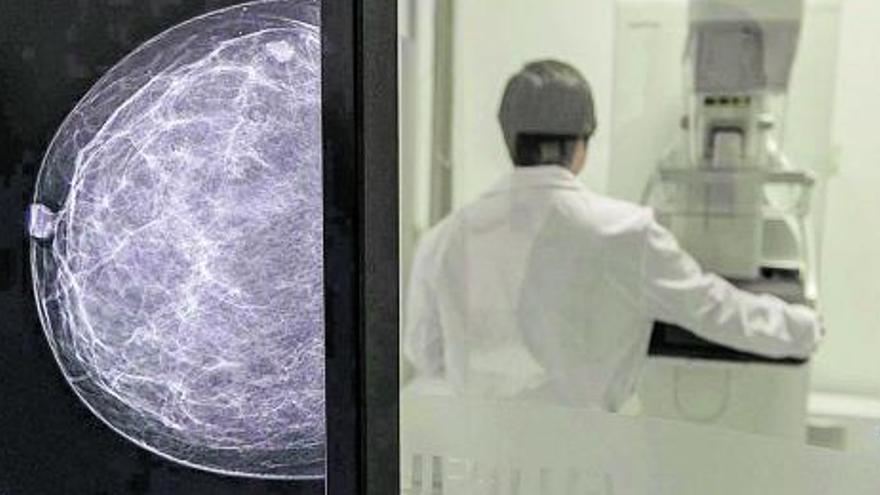 The service has made the news again this year due to the failure of the mammograph assigned to the Altabix health center, which is a benchmark for the entire region. While one is acquiring one, through an emergency procedure, which is the decision taken by the Ministry of Health because the change of parts would also imply an important investment, in addition to the fact that the technology continues to evolve (the one that has been acquired includes chromosynthesis) , the users are being diverted in the afternoon to the General Hospital itself, which has loaned one of its equipment to the mammography unit, which has changed its workplace to maintain the protocols and standards that were carried out at Altabix. The service is being carried out at the UIAE (the Specialized Outpatient Comprehensive Unit) and a caretaker is in charge of accompanying the users for the test. Signs have been placed to avoid confusion.

Typically, there are two readings from each image to confirm diagnoses and that there are no errors or biases. All this gives a diagnosis within a week to ten days from the date of the test, “Sometimes the mail takes longer than our response time,” explains Antonia Soriano. If the answer is by letter, that is also a sign that the test has been negative. All the users fear, logically, that the answer to that mammogram will come to them through a call.

“This figure of 4.1 per thousand patients is data that must be seen in context,” explains the doctor. Álvaro Rodríguez-Lescure, president of the Spanish Society of Oncology and head of the Medical Oncology service at the General Hospital of Elche. The expert explains that a good part of these images must be categorized from highest to lowest risk. «The woman does not receive information that she has cancer if we are not previously convinced of it. Mammography detects images, nothing else, that must be studied and analyzed in a short space of time. On Wednesdays, radiologists, pathologists, surgeons and oncologists meet at the General Hospital of Elche, they are the breast cancer committee, to see the evolution of the disease of their patients and of those who come through prevention. “We have radiologists who specialize in mammographic screening. All cases are evaluated, as well as the patients who must be referred to the Hospital for a biopsy. They are quoted and explained what it consists of.

This will be the first time that a radiologist or a surgeon, generally, sits in front of a patient after that preventive test that was done in Altabix, not more than a couple of weeks, in which an injury was detected. The goal will be to inform you that a biopsy or “some more imaging test” is necessary. It is these professionals who take care of them and everything is explained to them, they receive this information clearly and quickly. Rodríguez-Lescure admits that this first visit is not easy for either the patient or the professional, “it is our job and at the beginning there are many expectations because many images are benign, the vast majority. That ends in cancer are a minority. The patient must be treated the best emotionally and explained that a confirmation by a biopsy or an image is needed. Most injuries, he insists, are benign, the protocol is streamlined and very fast. The unit really works. These are people who work together and urgent cases are not awaited for the weekly committee and are dealt with directly ».

There are more breast cancers and there is more cure because science advances. “The overall incidence – explains Rodríguez-Lescure – increases in all western countries in general. It is a tumor on the rise. This occurs because «we live longer and that has a direct response in the incidence of cancer. The shorter the life expectancy, the less it will appear, although it may seem like a truism “, explains the oncologist, who adds:” It is true that there is no specific and unique cause, as happens with other tumors, such as those related to tobacco, but there are a number of factors related to reproductive life, female biology and lifestyle that increase the risk of breast cancer. The president of the Spanish Society says that it is evident that now much more are diagnosed and in very early stages of the disease, “for this reason the results are better, but they are not counteracted by the others. The prognosis has been improving and long it will continue to increase, although there is a significant group of women who will fall. Metastases must also be taken into account, although the survival of this group has increased, they are diseases that we cannot cure in advanced stages, although they are treatable, of course.