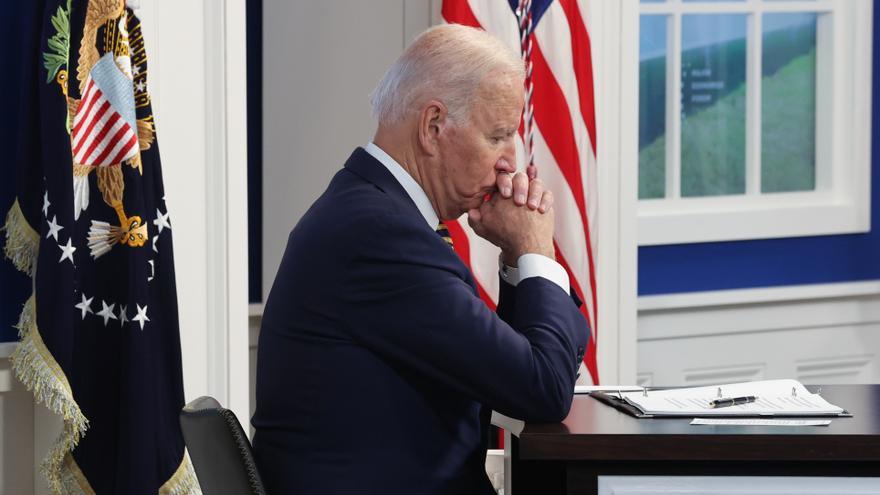 The images of border agents chasing defenseless migrants by lasso and on horseback were difficult for anyone with a modicum of sensitivity and respect for human rights to bear.

They were families fled from a small French-speaking country, the poorest in America, shaken by earthquakes and whose president, Jovenel Moïse, had been assassinated by mercenaries, some trained by the US Army and with connections to the Haitian diaspora in Miami. .

The spokeswoman for the Joe Biden White House At first he justified these horse chases with the hypocritical argument that border agents thus protected themselves from possible carriers of the Covid virus.

Investigative journalist Jeffrey St. Clair recalled these days in Counterpunch magazine the slave revolution of the former French colony of Saint-Domingue, the first revolutionary movement in Latin America, which culminated in the abolition of slavery and the proclamation in 1804 of the first black republic on the Caribbean island.

More than two centuries later, “the land of the free and the homeland of the brave”, as its propaganda states, has slammed the doors in the noses of thousands of migrants from countries to which Washington’s foreign and economic policy has contributed. to ruin, criticizes St. Clair.

The third president of the United States, Thomas Jefferson, the son of slave owners and himself a slave owner, warned the French Marquis de La Fayette, hero of American independence, in year three of the French Revolution of the danger that the Haitian revolution represented for everyone.

Unless France succeeded in controlling Saint-Domingue, “every effort that it can make in the future will succeed in reducing the blacks,” Jefferson then wrote to the French military and politician.

As a result of that historic revolution led by Toussaint Louverture, there was an exodus to the United States of black owners and merchants, whom the Government of Washington received with open arms.

Fearful that the Haitian slave revolution could infect those in the US then, Jefferson imposed a harsh embargo on the new republic, whose independence Washington would not officially recognize until 1826.

The United States, says St.Clair, “has spent the last two hundred and thirty years trying to punish Haitians for their then insolence and is willing to spend more money on detention camps, jails and deportation flights than it would cost to house and feed. to those people ”.

According to the US Customs and Immigration Control Service (ICE), the Government of Washington has contracted more than twelve flights to private airlines to deport Haitian migrants.

Many of the deportees traveled bound in the planes, and their belongings were thrown on the runways of the Port-au-Prince airport as soon as they landed, the American journalist said.

According to sources from CNBC, the government of Democrat Joe Biden has deported more than 690,000 “illegal” migrants, more than the 440,000 expelled by his Republican predecessor, Donald Trump.

The left of the Democratic Party accuses the president of violating his electoral promises with his current immigration policy.

According to Julián Castro, former Secretary of Housing and Urban Development of the Government of Barack Obama, Biden thus endangers the social coalition that led him to the White House.

On Thursday of last week his special envoy to Haiti, Daniel Foote, resigned in protest at the treatment given to the island’s migrants and accused the government of having ignored his recommendations.

In turn, the attorneys general of seventeen federal states wrote a joint letter to President Biden in which they asked him to take advantage of the existing legal room for maneuver to treat Haitians with empathy and justice.

Most Haitian migrants seeking asylum in the US do not go there directly from their homeland, but many of them have lived since the previous earthquake in 2010 in various countries in South and Central America.

Only in Colombia there are currently, according to the Bogotá authorities, 30,000 Haitians, and as many others could be in Panama, a country to which around 70,000 migrants of various nationalities have arrived this year, all of them on their way from the United States.

Meanwhile, in the richest country in the Western Hemisphere, tens of thousands of migrants are homeless, starving and receive virtually no medical care, criticize human rights organizations.