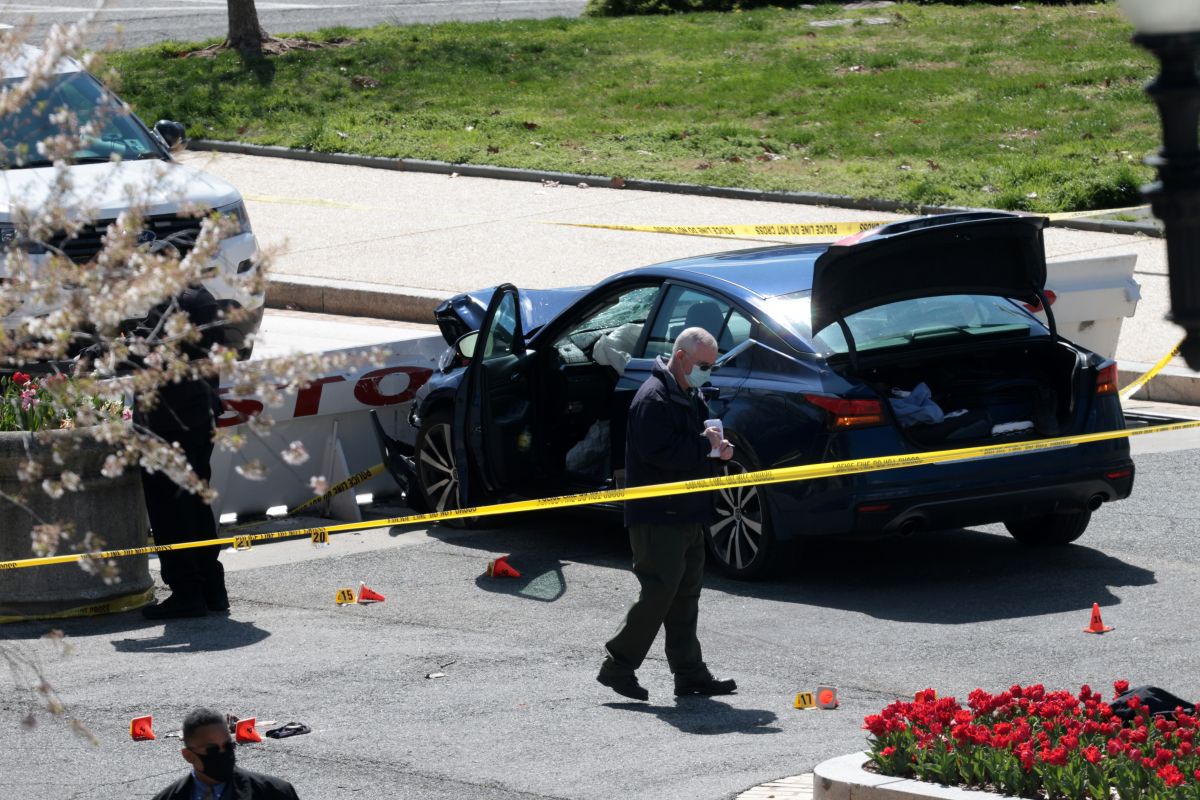 This Friday, a vehicle rammed a security barricade in the Capitol and ran over two police officers, one of whom died as well as the assailant.

WASHINGTON – Many congressmen regretted the event that occurred in the vicinity of the Capitol on Friday, where a subject attacked two policemen – one of whom died – and died after being killed by security forces.

Speaker of the House of Representatives Nancy Pelosi, ordered this Friday that the flags of the Capitol fly at half mast after this event that has once again raised the alarms about the security around the Capitol, after the attack on January 6.

The decision of the Democratic leader in honor of the agent who lost his life in service was announced on Twitter by Pelosi’s deputy chief of staff, Drew Hammill, who confirmed that Congress remains closed.

The US Congress is in recess for the Easter holidays, so legislators and senators were not inside at the time of the attack.

After learning what happened in the Capitol, which was already the target of an assault on January 6 by followers of former President Donald Trump, several congressmen expressed their gratitude to the US Capitol Police.

Praying for the United States Capitol Police Officers who were attacked on Capitol Hill. We are still learning what has happened. Thankful to all the USCP (US Capitol Police) and first responders who are on the scene, ”wrote the Republican minority leader in the Upper House, Mitch McConnell, on his Twitter account.

Also Republican Kevin McCarthy dedicated a few lines to the police who guard the legislative complex and indicated that “the whole country is supporting them at this time.”

Democrat Amy Klobuchar stressed for her part that “the brave men and women of the United States Capitol Police risk their lives every day to protect the heart of our democracy.”

Also a Democrat Adriano Espaillat described as “unacceptable” the fact that “just a few months after the attack on January 6”, Americans must witness this tragedy, alluding to the death of another policeman on Capitol Hill.

Speaking to CNN, Espaillat declared himself in favor of extending the protection perimeter around Congress, stating that security comes first.

“They can’t get that close,” defended the New York lawmaker.

This Friday, a vehicle rammed a security barricade in the Capitol and ran over two police officers, one of whom died as well as the assailant.

The attacker, who has not been given details and died shortly thereafter in a Washington hospital, was shot by officers after exiting the vehicle and brandishing a knife “aggressively” at them, said Yogananda Pittman, Acting Police Chief from the Capitol.

The authorities have stated that the security threat in the US capital has now ended and that the event “appears” to be unrelated to a terrorist act.