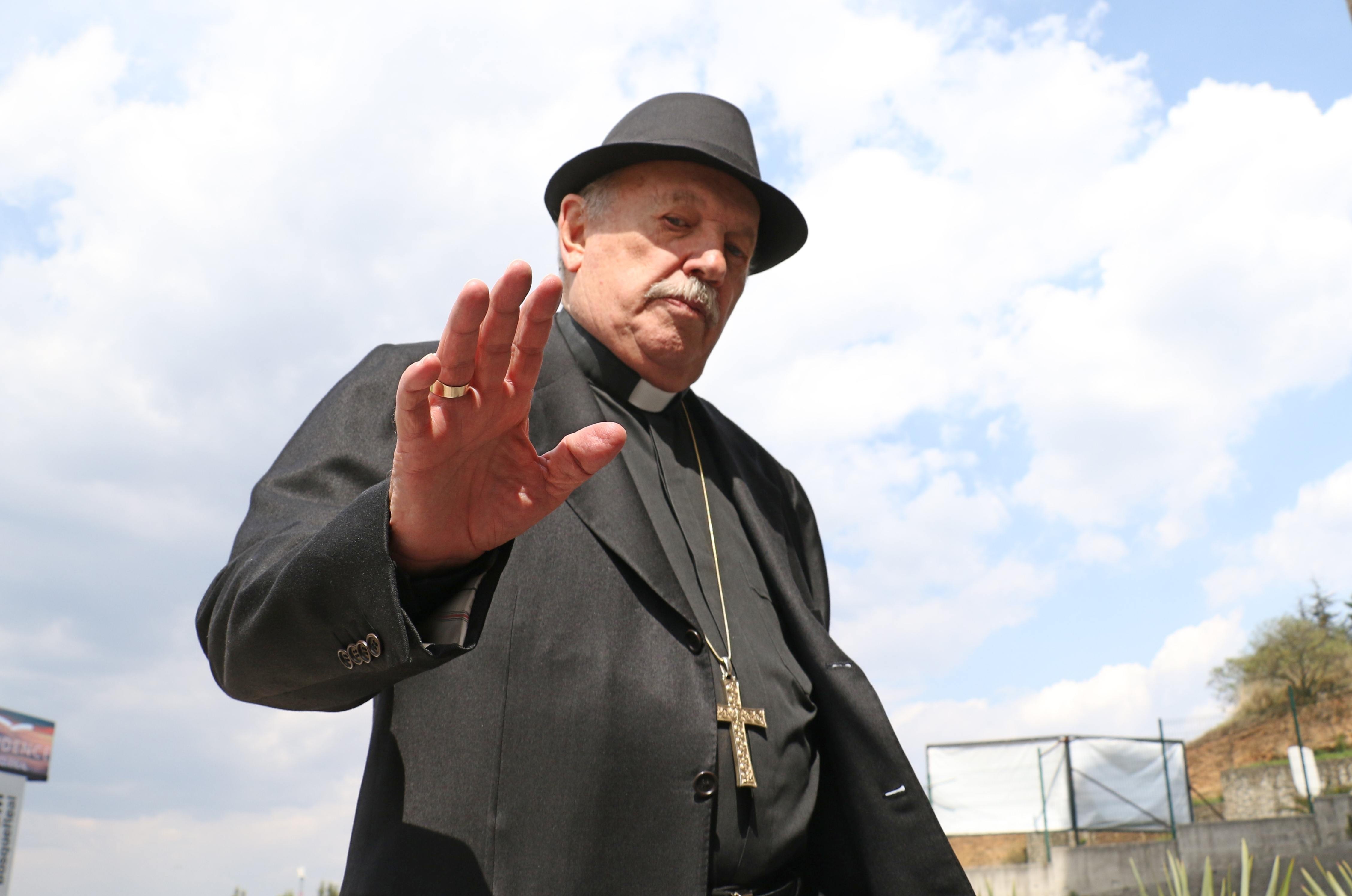 The largest elections in the history of Mexico, where about 20,000 positions will go to the polls, have added another controversial candidate. The bishop emeritus of Ecatepec, Onésimo Cepeda Silva, registered on Tuesday his candidacy for this municipality by the center-left Force for Mexico party, created last October. The ecclesiastic founded the Inbursa Financial Group decades ago with Carlos Slim and retired in 2010, involved in a lawsuit for an alleged simulation of a loan of 130 million dollars to acquire one of the most valuable art collections in the country. Then, for the first time, he expressed his interest in dedicating himself to politics. “It tempts me, it has always tempted me,” he said at his farewell.

At 84, the bishop emeritus returns to the public scene more than a decade after hanging the habit. In 1995, Pope John Paul II appointed him as the first bishop of Ecatepec, a position he held until his retirement. When he personally handed over his resignation to the Pope when he turned 75, he claimed poor health and “old”, but did not close the door to dedicate himself to politics. “Every man is a son politikón, as Aristotle said. A political man, one who seeks the good of the community he serves. I will seek the good of the community I serve, ”he said that afternoon in May 2010.

In Fuerza por México, he has found his place to enter the electoral race. The party managed to register last October promoted by Pedro Haces Barba, alternate senator for Morena and leader of the Autonomous Confederation of Workers and Employees of Mexico (CATEM). The group brings together more than 1,000 unions and millions of workers. The controversial union leader – the head of government of Mexico City, Claudia Sheinbaum, had to prevent the celebration of her birthday in July -, a lover of bullfighting, offered his loyalty and that of the CATEM to President Andrés Manuel López Obrador and his project “without fear or hesitation.”

Cepeda, within his controversial image, shares with Haces the love of bullfighting. In Acapulco he was seen attending the bullring with Carlos Ahumada, the Mexican nationalized Argentine businessman charged with fraud. His friends also include former President Enrique Peña Nieto and his predecessor, Vicente Fox, whom he met when he was running for president. At the end of their meeting, he assured at a press conference that he did not make distinctions between political parties. “I am color blind. I don’t see the colors of the PAN, the PRI or the PRD. Whoever sits in the presidential chair is worth a hat! I believe in the man who is in love with Mexico ”, he assured.

Before beginning his career within the Church, he worked as a banker and stockbroker. Together with Carlos Slim, he founded the financial services company Inbursa, which in 2019 was one of the 2,000 most important companies in the world, according to the magazine Forbes. “I was not starving if I was Slim’s partner,” he told the media upon his departure from office. At that time, he defended himself from the press that accused him of enriching himself by being a bishop in the municipality, the most populated entity in the country and one of the most violent in Mexico. “For those who said that I had become rich in Ecatepec, my salary in Ecatepec was 15,000 and my retirement is 15,000 pesos. With that I don’t think I can go very far, not even to pay for my gas, “he said.

However, at the time of his retirement the shadow of the judgment of the appropriation of a millionaire art collection still haunted him. Cepeda always defended that he lent 130 million dollars to Olga Azcárraga Madero, founder of the company Arthinia Internacional and sister of the president of the Board of Directors of Grupo Fórmula, Rogerio Azcárraga Madero. When Azcárrega passed away, Cepeda alleged that the promissory note contained a batch of works of art in exchange for the loan. The collection included 42 works by authors such as Rufino Tamayo, Frida Kahlo, Diego Rivera, Marc Chagall, Pablo Picasso, Salvador Dalí and Francisco de Goya. Finally, a ruling prevented the execution of the arrest warrant against the bishop emeritus despite the accusation of simulating the loan to be able to appropriate the works.

His next battle will be at the polls, where he will contest a position as a local deputy. However, despite the fact that Cepeda retired from the Diocese of Ecatepec after retiring, he is still registered with the Conference of the Mexican Episcopate. Mexican law establishes that no minister of religious worship can be a deputy or hold public office. The bishop emeritus must definitively separate from the Church before he can make his candidacy effective.