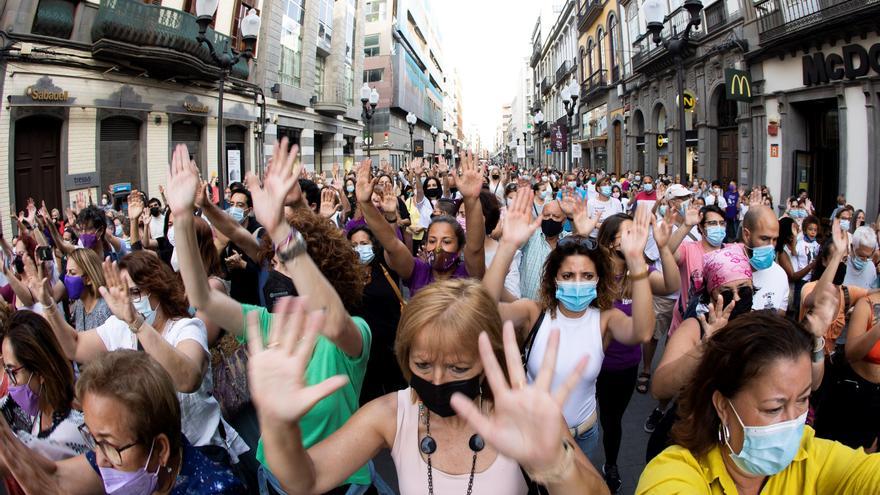 Solo 5 out of 100 sex offenders son convicted for their actions and in Spain some 400,000 incidents of sexual violence are perpetrated each year, a quarter of which are sexual abuse against children. These are data from the report “Sexual violence in Spain: an estimate synthesis”, prepared by the University of Barcelona at the request of the Ministry of the Interior.

The study, presented this Friday at a press conference, estimates that each year there are 350,000 victims of sexual crimes in Spain and 250,000 aggressors (who can commit more than one crime against their victims). Thus, one in 45 women and one in 60 minors would be victims of sexual violence, 2.34%. This sexual violence encompasses a wide range of criminal behaviors, ranging from unwanted touching to rape, through sexual cyberviolence.

These estimates have been prepared by the Group for Advanced Studies on Violence (GEAV) of the Faculty of Psychology of the University of Barcelona based on numerous sources of information, both direct – such as the number of complaints and convictions – and indirect (investigations, surveys, etc.).

The professor of Psychology at the University of Barcelona Antonio Andrés Pueyo, head of the study, explained that in Spain only between 5 and 10% of sexual violence is detected or reported that is committed, so the hidden figure for this type of crime is quite high. Particularly hidden remains sexual violence in the sphere of the couple, the gender violence that is least reported.

However, he has clarified that in especially serious crimes such as rape that percentage of complaints is much higher. In Spain, in the first nine months of the year a violation has been reported every four hours.

According to the latest data from the Ministry of the Interior, a year they are denounced 13,000 sex crimes, a figure that has grown since 2014 -with the exception of 2020, the year of confinement due to the pandemic. Above all, there is a significant increase in cybercrimes and sexual crimes against minors. Three-quarters of cyber sex crime victims are minors.

Among the numerous data collected by the report prepared by the University of Barcelona, ​​the low probability that criminal sexual behaviors will be punished stands out: it has been estimated that an individual who has committed a sexual crime has a 5% probability of being arrested, accused, found guilty and sentenced to a prison sentence or similar. Professor Pueyo acknowledges that there is a “funnel” between complaints and convictions.

Furthermore, the degree of recidivism of the aggressors stands at 7.1%. Between 6 and 8% of the prison population is serving a sentence for sexual crimes in Spain.

Regarding the identity of the aggressors, the report indicates that a majority is unknown for the victims of legal age, while the reality is just the opposite for the minor victims.

The head of Viogenic Analysis and Criminality of the Ministry of the Interior, Juan José López, has specified that 0.7% of all known criminal offenses correspond to sexual crimes, but these account for 17.5% of crimes against people .

López has argued that most sexual crimes are committed by a single aggressor, more than 95%, being 3% of these criminal behaviors perpetrated by two perpetrators and 1.4% by more than two.

During the presentation of the report, the researchers have highlighted the need to prepare a specific survey on sexual violence in Spain.