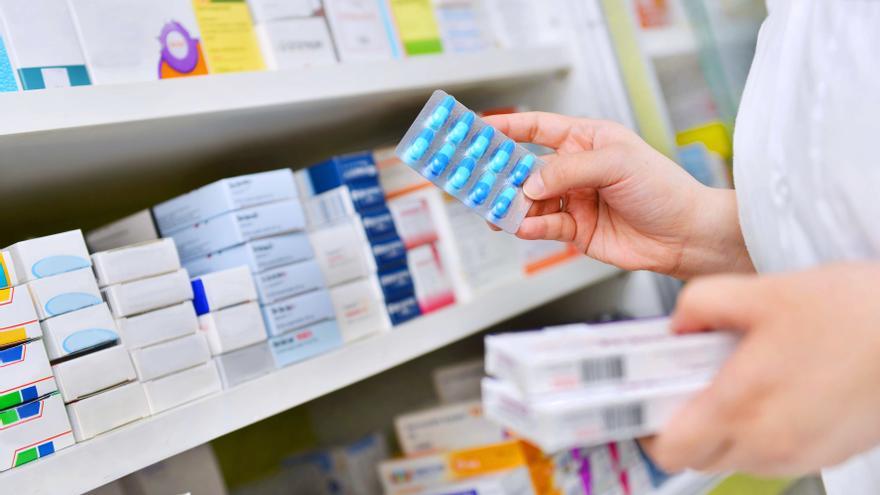 Just 52 percent of the drugs approved by the European Medicines Agency (EMA) are currently available in Spain, while in other European countries that figure is close to 80 percent, as warned. the president of the employers’ association of the innovative pharmaceutical industry in Spain (Farmaindustria), Juan López-Belmonte.

“In Spain right now only 52 percent of the drugs approved by the EMA are available. If we go to cancer patients we are at 56 percent, but eWe are talking about that in neighboring countries they are close to 80 percent“, he detailed during his speech at the XVII Pharmaceutical Industry & Communication Media Seminar.

Thus, consider that there is “significant room for improvement” to accelerate the arrival of drugs approved in Europe to Spain. “We have a percentage of fault in the pharmaceutical industry, but we have to continue working all the agents of the sector so that these medicines reach patients. If it is investigated, about 2,500 million euros are invested over ten years on average and then the drugs They take a long time to reach patients. We are not doing our job. We have a challenge between administrations and industry. so they reach patients when they need them“, has claimed.

López-Belmonte has warned that there has been “a deterioration” in the process of arrival of approved drugs in Spain, mainly since the beginning of the pandemic. “Since 2019 we have already detected a certain delay in Spain compared to our main comparators, but undoubtedly during the pandemic there has been a very important deterioration,” he wielded.

For example, drug financing ‘Kaftrio’, a revolutionary treatment against cystic fibrosis, It has taken more than a year since its approval by the European Medicines Agency, mainly due to lack of agreement between the Ministry of Health and the Vertex Pharmaceuticals laboratory regarding the price of the drug.

However, the president of Farmaindustria has rejected that this delay in the arrival of drugs to our country is the fault of the industry delaying in negotiating prices with the administration. “I do not think there are more delays than in other neighboring countries when presenting a price proposal,” he defended.

López-Belmonte regrets that this delay “is a disincentive for the industry itself, because its reason for being is to cure patients.” “And, on the other hand, it is annoying that certain treatments are available in many countries and not here. In other neighboring countries this deterioration has not occurred during the pandemic. If we compare ourselves with Italy and France, we have a problem of access which is difficult to argue, “he argued.

Along the same lines, the CEO of Farmaindustria, Humberto Arnés, has acknowledged that “the pricing procedure can be improved”. “We have to collaborate with the administration so that there is more agility,” he said.

For this reason, he has proposed “to open a rapid procedure so that those drugs that represent a great leap can have rapid access for patients.” “We must review the current process to introduce greater agility and certain predictable criteria that allow us to ensure that the level of access is similar to that of the countries with which we have to compare ourselves“, he insisted.

Harness has also stated that “human numbers” when analyzing the approval of drugs in the Spanish Agency for Medicines and Health Products (AEMPS), dependent on the Ministry of Health, are also “limited.”

“This has had an impact on the ability to evaluate and negotiate drug prices with laboratories, hence we recognize that there is a traffic jam to solve,” he said.

In his opinion, the evaluation of medicines in Spain “in recent years has become slower than what had been done”, just as there is “a certain jam” in the therapeutic positioning reports, which aim to carry out an analysis about the added value of new drugs and to report on the “position that the new drug occupies in comparison with other existing drugs or health measures”.

“With more human resources it could be done more quicklye, but it is true that the current procedure itself allows improvements that give it more agility. Today the evaluation process is done sequentially, that delays the moment in which that negotiation phase begins to find a solution in terms of prices, “he said.

This is how the medicine reaches patients

As the Director of the Access Department of Farmaindustria, Isabel Pineros, the State is in charge of setting the financing price of the drugs that are included in the public benefit, once it negotiates with the pharmaceutical company that owns the drug.

The decision corresponds to the Interministerial Commission on Drug Prices, attached to the Ministry of Health and where representatives of the ministries of Economy and Business also participate; Industry, Commerce and Tourism; and Treasury. Three autonomous communities participate alongside them, who rotate every six months, so that all the autonomous communities intervene.

The company that owns the medicine, once approved by the European Medicines Agency or by the AEMPS, submits a request for price and reimbursement to the General Directorate of Basic Portfolio of Services of the National Health System and Pharmacy.

With the information included in the file that the company presents accompanying its request, the General Sub-Directorate for Quality of Medicines and Health Products prepares a report and an analysis on the request submitted by the pharmaceutical company. Then, the Interministerial Price Commission rules on public financing and the price in each case on the basis of that report. A drug is not marketed until there is a financing resolution.

The funding criteria for a drug follow a series of criteria such as severity, duration and sequelae of pathologies; specific needs of certain groups; therapeutic and social value of the drug and incremental clinical benefit taking into account its cost-effectiveness; rationalization of public spending and budgetary impact; existence of medicines or other alternatives for the same diseases at a lower price; and degree of innovation of the drug.