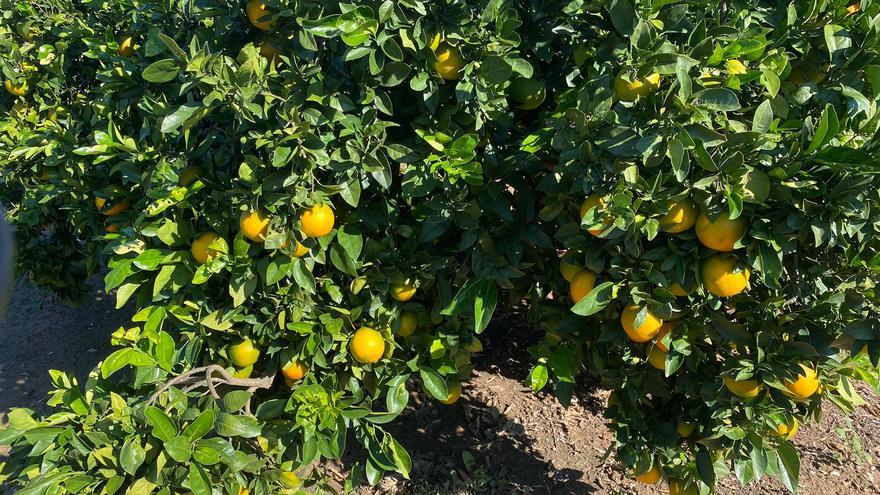 LA UNIÓ de Llauradors denounces that it has detected that the large distribution chains that operate in European markets are buying much less volume of naranjas Navelina than last year and at a price that is also much lower than usual. At the moment, the prices are around an average of € 0.15 / kg in the field, a ridiculous figure that is ruinous for farmers and that is even below production costs, when last year at the same time they were of the double approximately. With the increase in costs as important as electricity, fertilizers or fuel, the campaign for the most important orange variety in the Valencian Community could be disastrous if the course is not straightened out.

Much of the blame for this situation could lie with the massive imports of oranges from third countries, mainly in these months since South Africa. The large European distribution chains and importers have collected oranges from South Africa and have them stored, blocking the commercial outlet of our oranges.

The current EU trade agreement with South Africa – in force since June 2016 – and to be reviewed this year, allows South African oranges to enter European markets from the June 1 to November 30 (previously it was until October 15), with a progressive reduction of entry tariffs that in 2025 that obligation to pay entry fees to the community market will definitively disappear.

The impact on the Valencian, Spanish and European citrus sector of the application of this specific point of the Agreement has brought very negative consequences, both from the economic point of view -objective of the Agreement- and phytosanitary and that are widely and justified exposed in the seven technical reports of LA UNIÓ delivered in Brussels and which are the basis for the justification of a review of the aforementioned agreement.

This extension of the import period supposes, in the opinion of LA UNIÓ, the possibility of entry of high volumes of citrus fruits in the last days of these new dates, in such a way that they cause the presence of South African oranges in the markets until after Christmas, with a clear direct effect on European productions as is the case now. The possibility of entry of oranges from South Africa for another month and a half is an obvious tool of downward price pressure at origin in the hands of intermediaries.

LA UNIÓ points out that this agreement is already under review for two months and that now is the time to introduce changesSuch as, for example, reducing the import period again once it has been shown that there is a clear overlap that disrupts European citrus prices, and also re-introducing import tariffs as of October 15. The organization believes that its commercial impact must be analyzed in depth, as well as the phytosanitary consequences that exist on the European citrus sector. During this period, South Africa has also been one of the countries with the highest rejections of citrus shipments due to pests in the EU, so the entry of an unknown harmful organism would be lethal for the European citrus industry.

LA UNIÓ also advocates for the official declaration of the citrus as a sensitive product, both in the renewal of the EU trade agreement with South Africa and in other agreements with third countries. The objective would be to protect the citrus sector in these types of negotiations if the third country also has citrus that it wishes to export to the EU.