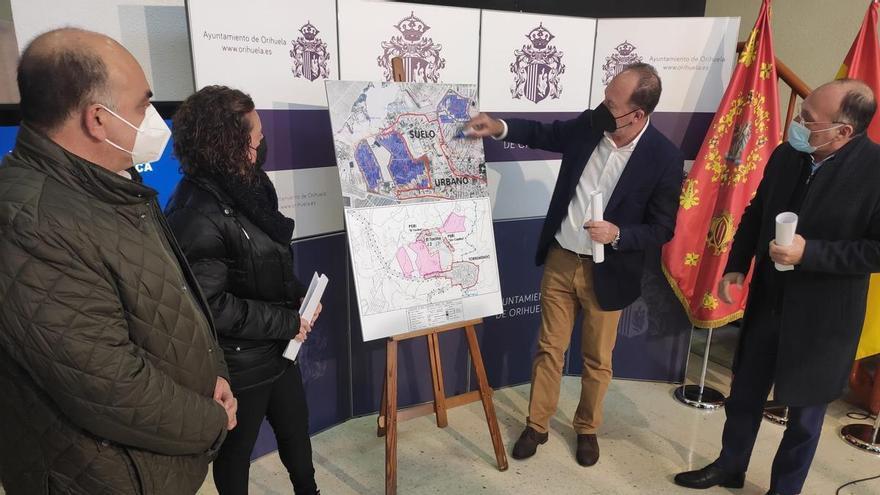 A new solar plant threatens Torremendo. The Orihuela City Council has requested the Territorial Directorate of Industry to deny the construction in the district of a photovoltaic plant and its evacuation infrastructure with a power of 10,325 kW. The project, which has been presented by the company Amber Solar Power Sixteen, has been on public display since December 21, with a 20-day deadline to present allegations, as a prior step to authorization by the Generalitat. The local administration indicates in its letter that “it does not comply with the regulations at all”, and is blunt: “It is a biased project created ad hoc by the company that involves an irrational use of the territory, irreparably affecting the location”.

Thus, the company carries out “a biased landscape evaluation”, because it carries out “a generic projection that in no case corresponds to reality, cunningly forgetting the existence of a consolidated urban nucleus” which it suffocates. In fact, he continues, it involves the occupation of 361,236 square meters in the northwest of the district, directly affecting urban planning, its development and growth, and even invading urban land to the extent that it adjoins some streets.

In addition, it is located in the vicinity of the Virgen de Monserrate public school, which makes it impossible to expand this educational center on the adjacent plot intended for this use. Nor does it take into account the three special plans -El Tocino, J2 and Las Capitas- that are being developed. The plant also invades public roads, such as the Camino de las Capitas. In this sense, the City Council alleges that, as the owner of this public asset, it refuses to authorize its occupation.

All this will cause “an impoverishment of the area by preventing its demographic growth” with the consequent risk of depopulation, he warns. At this point, he recalls that the Vega Baja Territorial Action Plan, which is also on public display, plans to guarantee living conditions and improve urban quality and integration into the landscape of the districts, which he recognizes as part of a historical habitat related to the orchard and traditional agrarian systems.

Map of the affected area

The document states that the proposal violates up to 22 regulations, without forgetting “the serious landscape damage that the installation will cause in the town, as it is surrounded by a huge photovoltaic plant.” In this sense, it argues that the proposal makes “a subjective assessment” that does not include the effects on the territory, which will be “critical and severe”, since “the flora and fauna of the area will be permanently lost” in the Sierra Escalona area, which is recognized as a Protected Landscape at the regional level and which in turn forms a Site of Community Importance and a Special Protection Area for Birds together with Dehesa de Campoamor.

Moreover, it invades the 500-meter perimeter that the Consell excludes as an area for the location of photovoltaic solar plants in environments like this and the overhead power line crosses it, which would destroy the habitat of birdlife and lead to collisions and electrocution. Finally, it underlines that “the landscape is artificialized” by subtracting around 127 hectares of forest and agricultural land, generating more erosion and an increased risk of flooding.

In the words of the Councilor for Rural Development, Víctor Valverde, this project turns the town into “a sea of ​​mirrors”. Sonia Bautista, a villager from Torremendo, yesterday expressed the concern and concern that the population is experiencing, which has collected more than 500 signatures against: «We are not against solar plants, but we do not want them next to our houses and our school”. “They will have all our support to defend their interests,” said Mayor Emilio Bascuñana, who hopes that “another more appropriate location will be found, because we are in favor of solar power plants, but not there or in that way.”