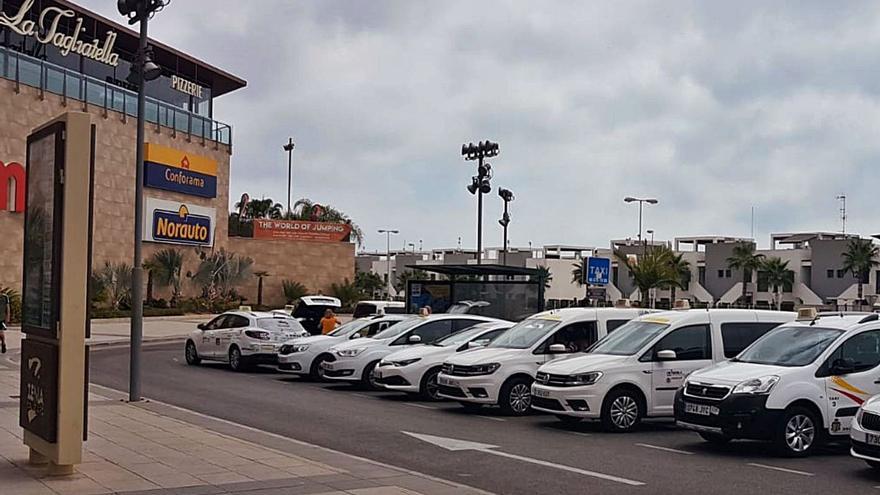 These workers, who cover up to 12 hours a week, working 6 days (despite having 6-hour weekly contracts)They are waiting for the government team of PP and Cs to draft the ordinance that regulates the sector in the town, as approved in the ordinary plenary session in March at the initiative of the PSOE. Precisely, in that plenary session and during the debate of the motion that was finally approved unanimously, the Oriolano mayor announced that at the next local government meeting he would take the bases for creating new taxi licenses in the municipality for approval. However, Emilio Bascuñana did not put on the agenda that point to which he committed, something that the salaried drivers of the taxi sector in Orihuela reproach him and they have thus transferred in writing. “If he has not approved the licenses, even less do we believe that he will implement the ordinance that gives us labor dignity,” one of the salaried drivers of a licensed taxi driver on the Oriolano coast, who prefers to stay, tells this newspaper anonymous for fear of retaliation.

In the complaints filed for alleged labor irregularities before the labor inspectorate, a dozen licenses are pointed out. The complainants consider that their problem, which they call “precarious”, would be solved with an ordinance that regulates the number of maximum working hours of drivers to the penalties that the owners of taxi licenses would face. conducting poor work practices. “An ordinance would prevent the work exploitations that we suffer from being committed,” says the same salaried driver. Some of these drivers have been sending documents for months by registration with the City Council denouncing the alleged irregularities in the sector.

Some of these taxi drivers receive a minimum salary per contract, which is normally only 6 hours a week (although they claim that they are forced to do double), and the rest of their salary is according to the billing they make. “They are junk contracts and each time the conditions are more regrettable using the pandemic as an excuse,” says the same source.

The step that some of them have taken to inform the Labor Inspectorate of the alleged contractual irregularities is something unheard of. “The driver who complains usually goes to the street and if he collects the settlement no one will hire him again,” says one of the salaried drivers and is one of the complaints that the Provincial Labor Inspectorate has on the table.

Orihuela lacks its own legal framework at the municipal level for the taxi sector that expands and completes what is contemplated in the regional law that regulates the taxi sector in the Valencian Community and is what the motion approved in the last plenary session intends to implement . The socialist mayor María García, promoter of the motion, asked the mayor in plenary to convene the Mobility Table and the mayor of Cambiemos, Javier Gracia, demanded consensus with the taxi group when drafting the ordinance. In addition, the local government pledged to gradually double the current number of licenses since there are currently 42, one for every 2,000 inhabitants, when the Ministry of Transportation stipulates that there must be one for every 1,000.