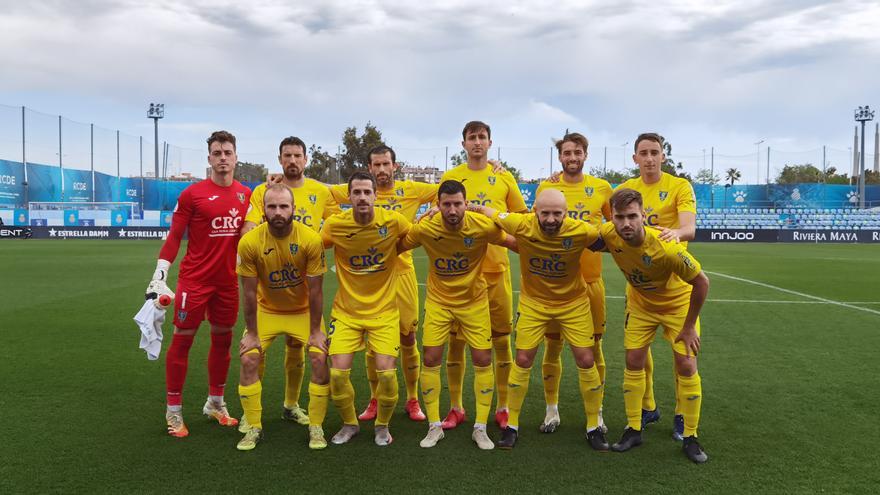 With this result, the whole of Machuca takes a step back in its illusion to achieve permanence. There are two days left and, although mathematically it is still not relegated, the scorpion team drops to the penultimate position and is obliged to beat Olot at home and Prat away, and wait for stumbles from the rivals in both weeks for some option not to be relegated, since ahead, until reaching salvation posts, he has Olot, Prat and Atzeneta.

The match against Espanyol B was equalized and with alternate dominance, but the subsidiary was more successful in the face of goal and the effort of the Oriolanos was unrewarded. The Catalan team came forward, outnumbered at 73 minutes, something that Orihuela took advantage of to tie. But when Orihuela most believed to consummate another comeback, the blow of the second goal of the premises arrived with almost no time for reaction.

The scorpions tried to surprise soon, as they did in Los Arcos the previous day against Hospitalet. After five minutes, a good combination of Solano and Toché in the area ended without consequences, as the home defense managed to clear the ball. However, Espanyol B immediately took control of the game while Machuca’s men tried to regain control of the ball to try to reach the rival goal.

In those minutes, the Oriolanos had opportunities from set pieces that did not bear fruit, and in the 29th minute, Becerra managed to score with a header to put the game more uphill for those from Vega Baja.

Also Read  Corinna Schumacher breaks her secrecy and talks about the pilot: "I miss Michael every day" | People

Once again it was Orihuela’s turn to row against the current. The players took a step forward in a collective attempt to seek an equalizer before half-time, which made the home defense have to be used thoroughly. But taking risks has its consequences, and he was about to suffer them in the 42nd minute, when between Aitor Arias and the visiting defense they managed to get the ball on the same goal line, thus avoiding the second goal for the subsidiary.

After passing through the changing rooms, with the 1-0 score, Machuca made two changes and the Oriolans came to dominate the match. But the goal kept resisting. In the 61st minute, Ferrán Giner had the equalizer in his boots, as he stood alone in the area, but his shot went just off the post. Aitor Arias also had a brave outing to save his team from 2-0. And in the next play, the local Becerra was expelled for a foul on Mauro. With numerical superiority, Orihuela tried harder to equalize, which came in the 85th minute, with a goal from Toché. , so it gave the Machuca men the opportunity to seek a tie in numerical superiority.

But the joy of the Vega Baja team did not last long, since two minutes later, the parakeet subsidiary managed to get ahead again in a free kick. Although Orihuela continued to strive until their last breath, hopes of scoring at the Ciutat Esportiva Dani Jarque were dashed when in the 93rd minute Pina was sent off for a direct red card.

Now everything is at the expense of a miracle, but while there is life there is hope and Orihuela will try to win the two remaining games and wait for the stumbling block of their rivals. The situation is complicated.