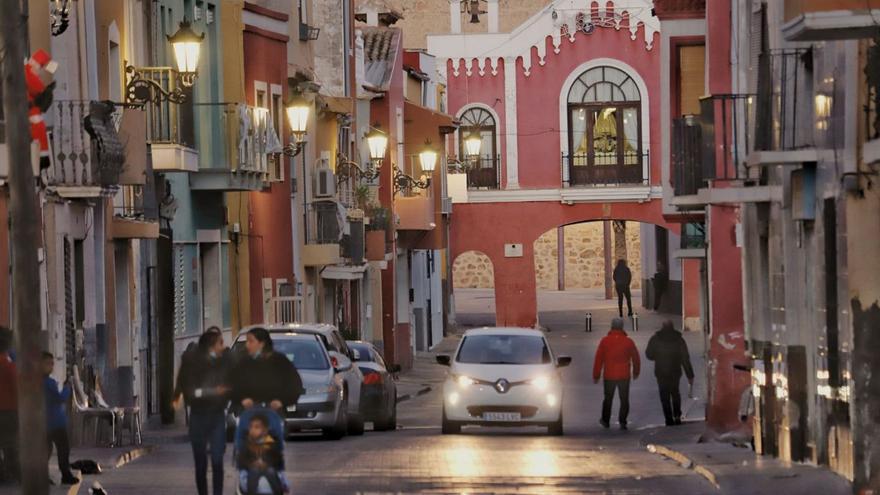 A road traffic control network that contributes to the prevention of accidents, “the improvement of energy efficiency and the reduction of polluting gases into the atmosphere”, the improvement of “smart cities”. With this argument, the Orihuela City Council justified the request for the European grant Edusi funds that it has received for a value of 185,000 euros (VAT included) to cover the neighborhoods of Capuchinos and Calle de Arriba (Miguel Hernández) and surroundings with video surveillance cameras. . They are two popular neighborhoods of the urban belt of San Miguel with common citizen security problems.

AND that is the ultimate goal of the project: video surveillance in the streets. However, the municipality, on paper, in the adjudication file refers exclusively to traffic control – quite less dense than in other areas of the urban area – and justifies its installation by the condition of semi-pedestrian streets, as is the case of Rincón Hernandiano and Santo Domingo, although most are roads with ordinary traffic.

The Calle de Arriba and adjacent streets will be allocated “at least”, says the project, nine “traffic control” cameras. In Capuchinos there will be “at least” another ten. A high device density for the surface to be covered. The image management and storage servers will be located at the Local Police checkpoints on Calle San Franscisco in Capuchinos and Miguel Hernández (Calle de Arriba). The project now in tender contemplates connecting these cameras in real time through a fiber optic network between the surveillance points, the servers, the headquarters of the City Council in the Palacio del Marqués de Arneva with the headquarters of the Local Police through fiber optics.

The security area of ​​the municipality does not know the details of the award, beyond the fact that it was processed as part of the strategy to raise European funds of the Oriolano City Council, with which works are being financed in the Urban Belt of the Sierra de San Miguel. Local police officers must receive training to supervise and use the network, but with the Security Council, they only have proof of the investment due to the publication of the tender.

The use of video surveillance by the local administration is very limited by the state video surveillance law and also by the Data Protection law. The authorizations are granted by a special committee dependent on the Ministry of the Interior, which in the case of the Valencian Community, is resolved from the Government delegation in Valencia. And it is not easy to validate many of the requests, especially if they come from local administrations.

The Police area prepares a network for coastal urbanizations

The Citizen Security area of ​​the Oriolano City Council is preparing a study to implement a traffic control system with cameras in the Oriolano coastal developments closest to the beachfront. A good part of these developments have at most two main entry and exit roads to the N-332 park road. -Cabo Roig, Campoamor, La Zenia or Playa Flamenca are some examples-. The initial investment is 80,000 euros and this traffic control will also serve as complementary support to citizen security control, normally at the request of the Civil Guard or Courts. Any traffic camera can already identify license plates, speeds, among other variables.