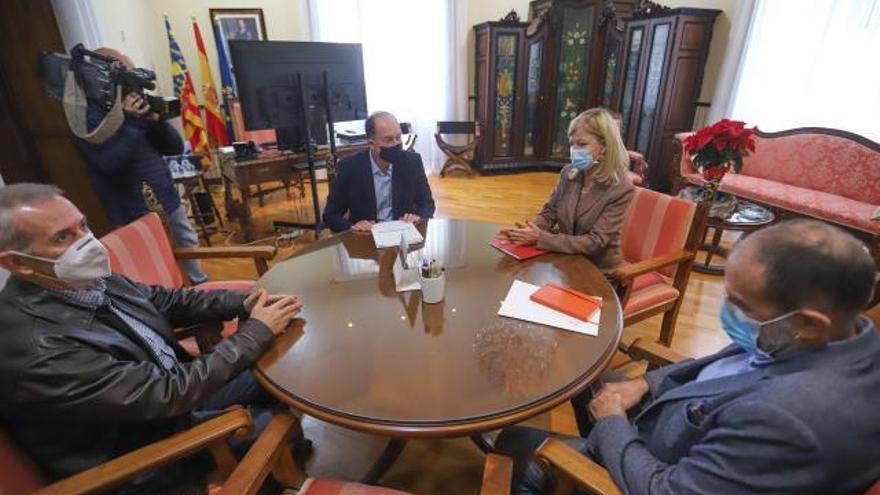 The Oriolano councilor explained that two of the three plots adjacent to the courts are already owned by the municipality and the third, essential for the expansion, “there is a willingness of the owners to reach an agreement.” Bascuñana pointed out that the intention of the consistory, however, is to also acquire the other two lands that, although they condition the operation less, would allow having two entrances to the judicial headquarters and would allow having a sufficient reserve space for the expansion of courts in a future. “On these two plots there is also good harmony with the owners,” said the councilor, who indicated that he expects the City Council to acquire the remaining lots through a sale agreement, for the price that the technicians have stipulated, and not have to arrive to expropriation “which would further delay the issue, although the end for the owners would be practically the same because we are talking about valuations already assessed,” he explained.

Bravo and Bascuñana met only two months after the last visit of the Minister of Justice, when the agreement was signed by which the Generalitat acquired the Palace of Justice building for 4.7 million euros and thus solved an entrenched problem since 2005. In the agreement that regularized the patrimonial situation of the judicial headquarters, the Consell transferred two disused buildings to the City Council to be used for training activities. In exchange, according to the agreement, the council would cede to the Generalitat two plots of land of its property adjacent to the Palace of Justice and would also buy another three plots belonging to individuals or, at least one of them (195 square meters), which is necessary for the connection of the main courthouse with the land of the future expansion.

At the meeting, which was very cordial, “the needs of the Ministry for the expansion of the courts have been defined,” explained Gabriela Bravo, who added that the intention of the Ministry she directs is tender for expansion works in spring 2022 But, for this, the City Council must acquire and transfer the necessary plots in the first half of 2021 “because we want the works to begin in this legislature.”

In this way, the capital of Vega Baja and the 21 municipalities that are home to its judicial district will have a single seat of more than 7,000 square meters. Currently, the judicial organs of Orihuela are divided into two premises: the main one of 4,915 square meters in the Plaza de Santa Lucía and another one in Calle Nova. These spaces are insufficient to integrate the facilities of the twelve judicial bodies, as well as the Office for the Assistance to Victims of Crime, the Comprehensive Forensic Assessment Unit, the Gessell chamber and appropriate offices for the Orihuela Bar and Procurator associations. Bravo concluded that, thus, “the dispersal of judicial bodies will be ended and comfort, security for victims and users and, ultimately, a building according to Orihuela’s needs will be added.”

The Ministry of Justice also plans to invest 580,000 euros next year in an energy efficiency project to change the air conditioning and lighting equipment in the Palace of Justice. This initiative is in addition to the repair works of the damages caused by the DANA in 2019 in the building and that caused leaks due to humidity in the basement, facade and terraces, which cost 560,000 euros to repair.