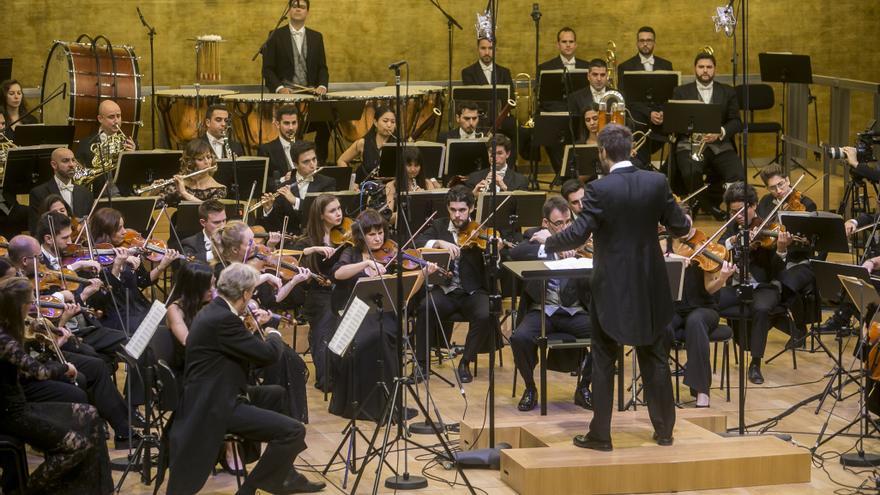 In both judgments, all the plaintiffs’ claims for annulment are fully and totally rejected, from my questioned legal capacity as Vice President of the Foundation and Deputy for Culture to resolve the administrative appeals of the procedure, going through the questioning of the legality of the entire procedure administrative selection that was correct, from the form of publication and communication of the results in each phase of the procedure without having created defenselessness to anyone, as well as the extension of the deadline of May 31 a few days for the presentation of applications, what was agreed upon at the request of Josep Vicent the artistic director, after its approval in a meeting of the ADDA Board of Trustees that I chaired, in order to maximize the possibilities of access to selective tests to all those students who, finishing their final course 2017-2018 on those days, do not they could have the official certificate until a few days later and that they would not have been able to present themselves. As finally, it has also been rejected that there were no objective scales in the evaluation of the evidence, when the reality, as the sentences say, is that the evaluation criteria were more rigorous and fair than the minimum legally required.

There were 1500 candidates from Alicante, the rest of the Valencian Community and Spain and from all over the world, as I had the opportunity to explain at a press conference at the time, many of them professionals with places in other national and international orchestras willing to compete for the 43 positions of musician in the orchestra, who were very concerned about the possible annulment of the process and about the political criticism of the PSOE of the Diputación, denouncing serious irregularities and lack of transparency in the selection process in coincidence with the subsequent lawsuits (All this in Diario Información 11-22-2018 and also my forceful answer as vice president defending the process).

He was also disheartened after the great effort made by the magnificent technical team of the Diputación and the ADDA Foundation with whom I worked in the creation of the orchestra: Josep Vicent from the Artistic Direction of the ADDA, María José Argudo the Secretary of the ADDA Foundation and Head of the Culture area of ​​the Provincial Council and Francisco Álvarez, the person in charge assigned from the Provincial Legal Services.

The province of Alicante is usually the 4th, 5th or 6th in any of the national classifications that we take into account (population, economic, tourism, arrival of travelers …) and with more weight even than some autonomous communities, culturally (the Valencian Community it has half the bands and musicians from all over Spain, Valencia the 1st and Alicante the 2nd) dragged a greater historical deficit as it lacked a provincial orchestra that other provinces and Autonomous Communities had already had for many years, an orchestra with which Alicante could have a national and international projection from which the concerns and efforts of our local music bands and symphony orchestras and the musicians of our land could be channeled into positions of exalted promotion, making “mutatis mutandis” good the maxim of Emperor Napoleon I “Every soldier carries in his backpack, a Mariscal’s cane ”for“ Every musician from Alicante carries in his backpack an appointment of titular musician or symphonic conductor in the ADDA SIMFÒNICA ”.

ADDA Simfònica is today a palpable and alive reality with performances both within the international symphonic cycle and in a large number of local acts or in the ADDA itself on the occasion of all kinds of events and celebrations supporting all kinds of public and private entities. The orchestra has been reinforced since its inception with “ad hoc” contracts for certain concerts and its staff is being reinforced with new structural musicians, the last call with 12 places. The orchestra has earned a national and international prestige, as recognized by specialized magazines and is confirmed by the presence of very relevant international conductors and composers (Valery Guerguiev, Mychael Nyman …) who have directed or collaborated in its programming.

The creation of the orchestra was a very risky bet and it was on the verge of capsizing from the beginning on several occasions, not only because of the challenges in the selection of the musicians or the political criticisms that reached the end of the whole process. There were administrative and economic legal limitations imposed by the economic crisis that slowed the growth of public spending: the freezing of staff and the annual spending cap and its growth with the spending rule, both problems that we were able to miraculously overcome with good approaches technical and internal political coordination.

We must thank the former president of the Provincial Council, César Sánche, z for introducing the creation of the orchestra into my Culture roadmap, after several contacts and joint analyzes between us, since the political environment was not initially favorable, having taking into account the context of economic crisis in which we were still and because it was going to involve the absorption of many economic resources that would be subtracted from other areas. There was also the idea that maintaining the existing international symphonic cycle was enough, but Josep Vicent excited us and promised to put together a good technically and economically viable orchestra. It was key that the non-attached deputy Fernando Sepulcre supported this project since the PP did not have an absolute majority and then that both Compromís and Esquerra Unida and the PSOE supported the project like all the patrons members of the ADDA Foundation, which took away iron to the matter and silenced some internal noise within the PP.

I want to remember here the great loss of the composer and director Jesus Mula, died on July 1, who collaborated on musical themes with the Culture area and was a great defender of the creation of the orchestra. Also the Alicante Concert Society, represented by Pilar Poveda in the Foundation, she supported the project despite the doubts that they initially harbored internally. When I received the commission from President César Sánchez, I thought to myself the phrase that Calonne, the Prime Minister and Minister of Finance of the King of France, Louis XVI, told Queen Marie Antoinette “Your Majesty, if what you ask for is possible, it has already been done and if what you ask is impossible, it will be done “…

The deputy of the Treasury Carlos Castillo also made an effort to fit within the annual expenditure more than 1 million euros in the second half of 2018 with which to cover the first expenses of creation of the orchestra and then another 2.9 million in the 2019 budget to cover the full annual cost of the new orchestra, in two phases to make the spending growth more digestible and staggered, which was to become a fixed annual expense, and to whose financing objective I contributed in part by resizing and optimizing the expenses in my area of ​​Culture, without undermining the essential of the cultural activities of the Provincial Council and the municipalities, nor the important projects of the MARQ (the exhibition of Iran and the programming already agreed with the Chinese authorities of the Warriors of XI ‘ AN for November 22, 2020, which has had to be delayed due to COVID-19, or the execution of the improvement of the main exhibition rooms and very deteriorated roofing to be able to guir exposing) of the Mubag (reform and modernization of the rooms, especially that of Emilio Varela with the installation of new air conditioning to avoid the harmful damp that deteriorated the paintings) or the ADDA itself with two renovation and interior improvement projects with which Aspects of the building pending since 2011 were completed or by repairing wear and tear and damage due to use since its opening that same year.

In short, everyone’s effort was worth it and today it is a satisfaction to note that the last judicial obstacles that could have dynamited the creation of the ADDA Simfònica, annulling its selective process, the courts have removed them confirming that everything was done correctly based on merit. and capacity and with transparency.