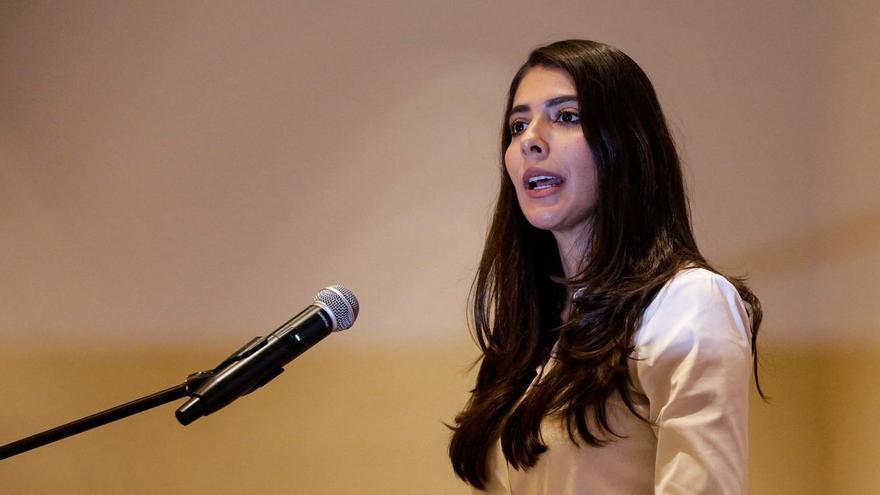 Berenice Quezada, Miss Nicaragua in 2017, has been under house arrest and his candidacy as number two of a small right-wing coalition was shattered without even going into the campaign. The Alianza Ciudadanos por la Libertad (ACxL) denounced that the beauty exein “was notified at her home by judicial authorities and the Public Ministry accompanied by the Police” that she had committed the alleged crime of “hate speech“.

The former model had called on Nicaraguans to repudiate at the polls the actions against the Government of the social outbreak of April 2018. “We have to show that Nicaragua does not want them in power,” Quezada said about the presidential marriage Daniel Ortega-Rosario Murillo. His expected sanction after a group of Orteguistas calling themselves “victims and relatives of the 2018 coup terrorism” claimed his disqualification from the government’s Office for the Defense of Human Rights (PDDH).

Quezada formed an electoral binomial with Óscar Sobalvarro, a former head of the so-called counterrevolution, the “contra”, as the armed groups that financed the administration of Ronald Reagan in the 1980s to destabilize Sandinismo, which had conquered power by arms in July 1979.

We denounce that today at 9:30 pm Berenice Quezada, candidate for Vice Presidency for the CxL Alliance, was notified at her home by judicial authorities and the Public Ministry accompanied by the Police, that from that moment she was being held at home. pic.twitter.com/QLqRdYkvni

ACxL has assured that its former candidate is now “without access to telephone communication, with immigration restrictions and inhibited from running for public office of popular election.” The house, it was pointed out, is being rigorously guarded by uniformed men.

The measure is known a few hours after Ortega and Murillo ran for president in the November 7 elections. The contest has the peculiarity that seven presidential candidates They are in the same situation as Quezada’s. The arrests, says the opposition, pave the way for a new victory for Ortega at the polls, but without competitors. Much of the opposition has refrained from participating in what they consider an electoral farce.

Last Monday, the EU sanctioned Murillo and six other government officials, for their responsibility in the “serious human rights violations “. In its statement, the EU noted that “the arrest of a seventh possible presidential candidate last weekend illustrates the magnitude of the repression in Nicaragua and casts a disturbing image for the upcoming elections.”