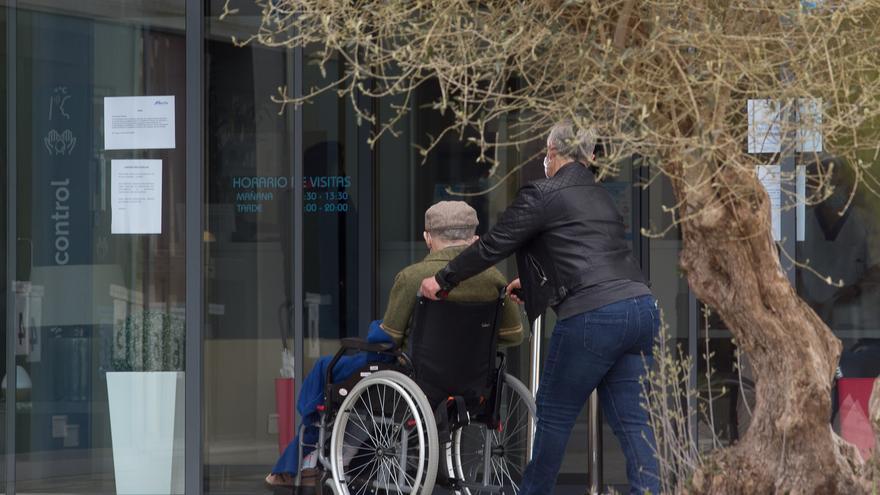 The Spanish Federation of Prosthetic Orthotists (FEDOP) applaud the measure announced by the Ministry of Health on the exemption of the prosthetics and orthotics copay for the most disadvantaged groups. An initiative that, they indicate from the sector, they have been demanding for a long time and that is very beneficial. “It was unfair”, point from the entity to ‘The Newspaper of Spain‘. In addition, they take the opportunity to complain about the impact of the pandemic in the sector: the increase in raw material costs for the manufacture of products ranging from orthopedic prostheses to canes, walkers or crutches.

This same week, the Minister of Health, Carolina Darias, brought to the Council of Ministers the new Law of Equity, Universality and Cohesion of the National Health System (SNS). A regulation that, among other aspects, seeks to avoid the incorporation of new health copayments, as is already the case with those established for medicines, in benefits that to date are not imposed, such as non-urgent medical transport or prosthetics and orthotics products.

This measure is in addition to the one that came into force early 2021 relative, as has been said, to the expansion of groups exempt from paying for drugs, an initiative that benefits nearly six million people, among others, families of minors with disabilities -more than 112,000 people in Spain- or pensioners with lower incomes. That is, the collectives most disadvantaged.

The phasing out of the copayments is one of the commitments made by the department that Darias directs. Now, Health goes one step further. As he explains to this newspaper Pedro Alonso, Head of Management of FEDOP, in 2012, the Government established the bases to establish the maximum amounts of financing in ortho-prosthesis. Before, each autonomous community established its own catalog of benefits, which gave rise to important differences.

In relation to the new measure announced by the Executive, Alonso differentiates between prostheses -such as those that replace a limb when, for example, there is amputation- and the products that are included under the orthosis umbrella, which are for external use, not implantable, and which are intended to modify the functional conditions of the neuromuscular system or the skeleton. A series of devices that help in the function of a member of the body: walkers, collars, canes, crutches, orthopedic shoes …

Sanitary products, he points out, of “broad consumption” whose cost, in the case of people with the lowest incomes, is a problem. Cite an example: a simple orthopedic girdle can cost around 60 euros and the contribution of the patient who acquires it can be of half its price. Therefore, he reiterates, that the most vulnerable people had access to these health products – that is, that they were exempted from the copayment – was justice and a measure that the state entity – which represents almost 500 orthopedics and 54 manufacturers and distributors – took time claiming. From the federation they consider it “very positive“.

In addition, Alonso points out, new law seeks the homogeneity of benefits in all autonomous communities, which is more complicated, he admits. Thus, he details, the update of the portfolio of common services of the National Health System in ortho-prosthetic provision, of 2020, which updated a catalog in force for decades, incorporated a more equal service for all users with a few maximum amounts financing.

Since then, continues the leader of FEDOP, the regions can improve this catalog of products from which up to four million people in Spain benefit. Thus, in some, such as Andalusia, they include the financing of orthopedic insoles and others, such as the Valencian Community, cranial helmets for babies with malformations.

Also Read  The Sistine Chapel as only Michelangelo himself had seen it, in a book that costs 18,000 euros | Art | ICON Design

However, in other regions, these types of products are not included. The prices, he explains, are set by the Ministry of Health, but there are also differences between communities in the Payment Methods. In some, it is orthopedics that presents the bill to the health system. In others, it is the patient who goes to the orthopedics, buys the product, pays for it and, with his invoice, requests the reimbursement of expenses. In the case of orthopedics that pass the amount to the regional administrationsThere are communities that register “serious problems” because the payment is made with “enormous delays”, the federation denounces.

“What should not be confused is the contribution of the user, what is copayment, with what in the sector is colloquially called gets better“, says Alonso. The federation he represents advocates applying the principles of the Law of Guarantees and Rational Use of Medicines and Health Products, which refers to a reference price and not a final price, that is, that Security Social finance according to its possibilities, but do not establish a price, since this, they believe, should be the result of the free competition in the market of orthopedic companies.

“There are autonomous communities that have a problem in admitting this improvement. And that is equity, in meeting the needs of each patient,” adds the representative of FEDOP. Along the same lines, the federation puts on the table “the serious problem” faced by orthopedics due to the increase in the price of raw Materials and transportation. They consider that the new catalog published by the Ministry was intended to provide better benefits and qualities; however, the maximum funding amounts established have become obsolete following the pandemic and rising costs.

The impact of the coronavirus

From the federation they emphasize that the coronavirus crisis has meant a “huge increase” of costs of certain common raw materials in ortho-prosthetic products and that prices continue his climbing with no anticipation of them returning to pre-pandemic levels. They affect materials necessary in orthopedics: metals, electronic components and, especially, plastics and packaging, due to the slowdown in production and the change in market behavior in the last year.

According to FEDOP, there is a shortfall in supplies for the manufacture of these sanitary products, in addition to clinics or hospitals. The entity explains that all distributors of ortho-prosthetic products receive much less amount of raw materials than they request. This shortage has caused a drastic rise in prices between 80% and 160%. In addition, the costs of freight and transport (both sea, air and land) have also skyrocketed in recent months, reaching four times their prices, warns the entity.

Costs that, they claim, are directly borne by manufacturers and distributors and indirectly, the establishments themselves that see product prices increased, while striving to continue in the market with a reduced trade margin, putting their viability as companies at risk and, they assure, without impacting these increases on end customers.