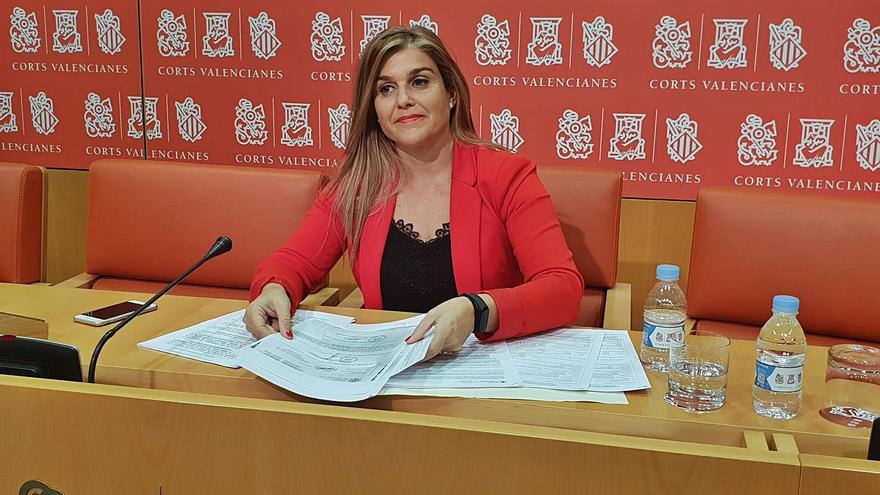 The apparently provisional solution adopted by the main center-right party in the Community seeks not to make noise in the process of transfer of powers that seeks to hand over the helm of the PPCV to Mazón. The initial strategy of the popular ones was to solve the void in the receivership of the autonomous Parliament with interventions distributed among the three deputy spokespersons: Ortiz herself, Elena Bastidas and Miguel Barrachina. In fact, last week it was agreed that the Alicante would intervene as a trustee in the next plenary session, the first session with Bonig outside the hemicycle.

The initially planned tactic was ruined when the Botànic, through the PSPV and Compromís, raised the tone against the popular. They were ugly that the internal processes of the formation cannot mark the heartbeat in the Courts. The left emphasized that the Chamber’s regulation establishes that the syndics must be the ones who formulate questions to the president in the control sessions and also establishes that they can only be temporarily substituted for very specific issues: illness or temporary disability, or by absence due to an official trip.

With the aim of settling this controversy, the popular deputies, meeting telematically yesterday, agreed to appoint Ortiz as the group’s trustee. They did so during the meeting that always takes place in the prelude to a plenary session. It was a telematic meeting in which the deputy secretary of territorial policy of the PP, Antonio González Tero, also participated. Ortiz herself exposed the need to find a solution for the change in the receivership and it was María José Catalá, who is called to become the next general secretary of the PPCV with Mazón, who proposed that Ortiz take over as spokesperson. This is something that shows that those who will officially pilot the party ship in less than a month and a half are already fully coordinated to cement the takeoff of Mazón, avoiding any kind of controversy at all costs.

The election of a fully trusted Catalan Ombudsman who will be the new regional president of the PPCV has all the importance if one takes into account that Mazón does not have a seat in Valencia. It therefore needs to place as its spokesperson a person of its full confidence to convey its messages, its strategic framework in the Cortes. While a sector of the party points out that Barrachina or Catalá could be two of the candidates for the position, other sources defend that the appointment of Ortiz is not accidental and that he could end up being the definitive spokesperson. And the truth is that experience is not lacking. In 19 years of institutional activity, she has been a councilor in Orihuela, a member of Parliament, a MEP in Brussels and, from now on, a trustee of the main opposition group.