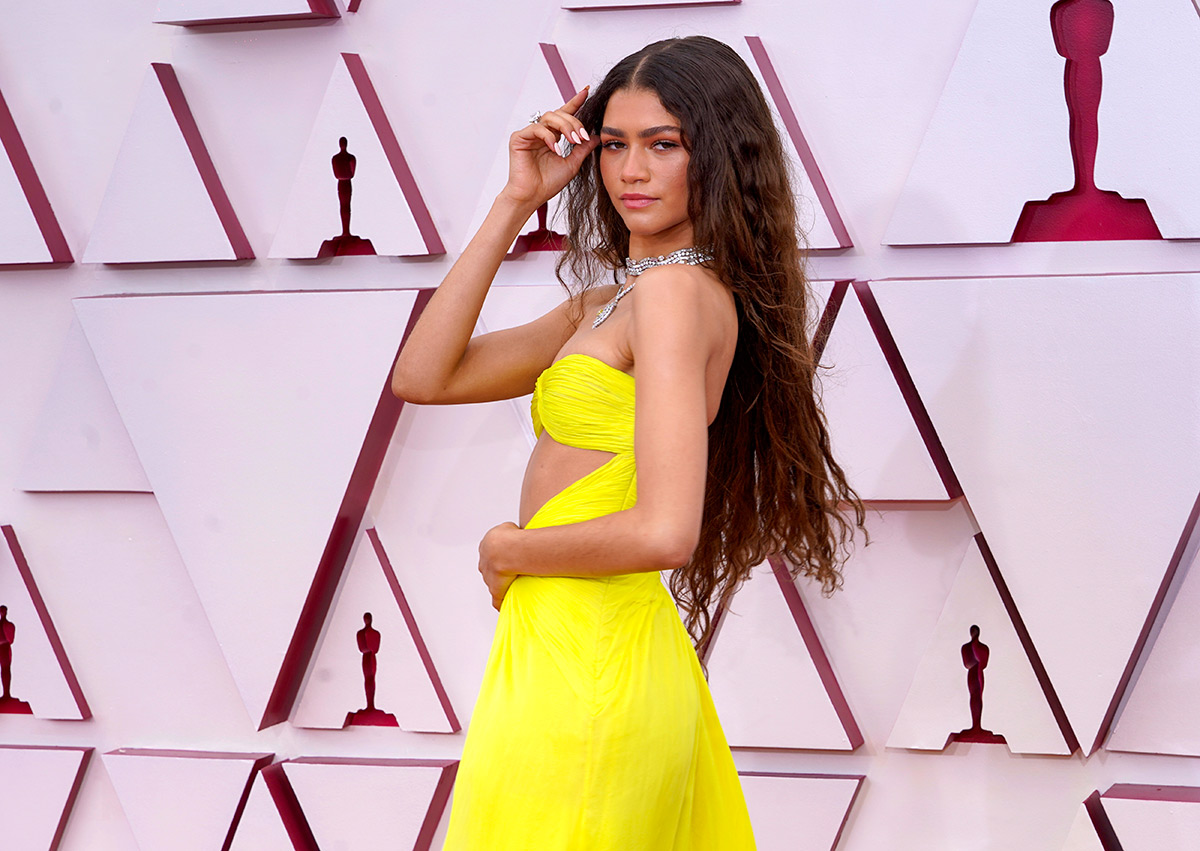 Zendaya on the red carpet at the 2021 Oscars. Photo: Chris Pizzello / Getty Images.

The 93 Academy Oscars they are very different from previous years. First, they are being held at Union Station in downtown Los Angeles. Without an audience and with a very limited face-to-face audience: there are practically only the nominees and their companions, the presenters who are leaving to deliver awards, and the essential personnel necessary for the production. Just over 200 people in the main hall, all after having passed a negative Covid test, as he said. Regina King in the introduction of the gala before delivering the first prizes. Of course, during the ceremony, connections were made with other points, such as the Dolby Theater on Hollywood Boulevard, where the Oscars have been held in recent years, and even with Seoul and other parts of the world.

At an Oscars with more women and people of color nominated than ever, King did not miss the occasion to demand social justice and racial equality. He did so recalling the recent verdict in Minneapolis in the trial for the murder of George Floyd. And he added: “As the mother of an African American son, I know the fear that passes, and there is no fame or fortune that can change that”

The red carpet of these Oscars 2021 it was shorter than ever, as only a few television networks with retransmission rights had access. The rest of the press are covering these Oscars from home, through a special Zoom with more than 500 participants.

The show started much more sober than in previous editions, without musical performances and almost without prepared videos. If on the one hand it took away the glamor and, perhaps, was more tedious, the truth is that it also expedited the delivery of statuettes. Among the first was the Best International Film, which this year is going to Denmark for “Another Round“.

In the acting categories, the first winner was the British Daniel Kaluuya as a supporting actor for his role as Black Panther Fred Hampton in Judas and the Black Messaiah.

Daniel Kaluuya remembers Fred Hampton in his acceptance speech: “How blessed we are that we lived in a lifetime where he existed…When they played divide and conquer, we say unite and ascend.” https://t.co/sdgeoBK7lX #Oscars pic.twitter.com/T58yZO1Bq7

Shortly after Mia Neal Y Jamika Wilson they became the first African-American women to win the Oscar for Best Makeup and Hairstyling in history. The two won the award together with the Spanish Sergio Lopez-Rivera for his work on “Ma Rainey’s Black Bottom”, a film produced by Netflix.

One of the “big” prizes of the night was awarded after the first hour. The statuette for Best Director went, as expected, to Chloé Zhao for “Nomadland”. The Chinese-born filmmaker became the second woman to win Best Direction in the history of the Oscars.