The Colombian government announced that Otoniel, the country’s most wanted drug trafficker, will be extradited to the United States after his capture on Saturday.

Dairo Antonio Úsuga, known by the alias “Otoniel”, was captured during a joint action by the Colombian Army, Air Force and Police called “Operation Osiris”.

The top leader of the so-called Gulf Clan, the country’s largest criminal gang, had been on the Drug Enforcement Administration’s (DEA) most wanted list for years.

The American authorities had offered a reward of US$5 million for information leading to his capture.

Otoniel is accused by the US authorities of importing at least 73 metric tons of cocaine between 2003 and 2014.

Colombian Defense Minister Diego Molano confirmed to the newspaper El Tiempo that after the capture, the next step is to comply with the United States extradition order.

According to the local newspaper El Nuevo Siglo, Otoniel was transferred to a military base in Bogotá, the Colombian capital, from where he will be sent to the North American country.

On Saturday, shortly after the capture, Colombian President Iván Duque affirmed in a televised message that this is the “hardest blow that has been dealt to drug trafficking in this century” in the country.

“This blow is only comparable to the fall of Pablo Escobar in the 90s, “said the president, who on Sunday traveled to the place and from there offered the troops recognition for their work.

How was it captured?

Otoniel was located in a rural area of ​​the department of Antioquia, in the northwestern Colombia, near the border with Panama.

In the operation, in which they participated 500 soldiers supported by 22 helicopters, a policeman died.

To get around and elude the authorities, Otoniel moved between rural hideouts and did not use a telephone. To communicate, he used messengers.

When they followed him, the authorities found in the hiding places a series of special orthopedic mattresses because the drug trafficker suffers from back pain due to a herniated disc.

The commander of the Police, Jorge Vargas, affirmed that the drug trafficker was afraid of being captured and therefore “never approached inhabited areas.”

However, two weeks ago the authorities managed to locate the place where he was finally captured.

Vargas said that the capo’s movements, that he had 128 arrest warrants in Colombia, they were tracked by more than 50 intelligence experts of signals through satellite images. US and British agencies participated in the search.

In recent years, several large operations involving thousands of agents had been carried out to capture 50-year-old Otoniel.

There is no doubt that the Colombian authorities consider it a big hit They have been trying to capture Otoniel, leader of the Clan del Golfo, a violent organization with great power for several years.

For that reason, the comparisons with Pablo Escobar are understandable. Otoniel is a well-known and enormously powerful name, especially in the northwest of the country.

“In South America, there is no bigger cocaine trafficker”said Toby Muse, author of “Kilo: Inside the Cocaine Cartels.” “We are living in the golden age of cocaine, there is more cocaine production than ever, that is a fact.”

But the parallels may stop there, as Otoniel is not as well known outside of Colombia, where, for many, Pablo Escobar’s heyday was a more terrifying time.

The question is whether the capture of Otoniel will affect the illicit drug trade. It’s hard to tell now. It remains to be seen what happens in the coming months, but most experts seem to think that as long as demand for cocaine remains strong, there are likely to be new “capos” they reach the top to replace it.

When the AUC dissolved in 2005, “Otoniel” started working for the drug trafficker Daniel Rendón Herrera, known as “Don Mario“ that he was the chief of the Urabeños, a band that later became known as the Clan del Golfo “.

Otoniel took over the group after its previous leader – his brother Juan de Dios – was killed by police in a raid at a New Year’s Eve party nearly 10 years ago.

The Colombian security forces have considered the gang as the most powerful criminal organization in the country, while the US authorities describe it as “heavily armed (and) extremely violent. “

The gang, which operates in many provinces and has extensive international connections, engages in drug and human trafficking, illegal gold mining and extortion.

It is believed to have some 1,800 armed members, recruited mainly from far-right paramilitary groups. Several of them have been arrested in Argentina, Brazil, Honduras, Peru and Spain.

The gang controls many of the routes used for the traffic of drugs from Colombia to the United States, and to Russia.

The Colombian government, however, believes that the group has decimated its strength in recent years, forcing many of its top members to hide in remote regions of the jungle.

“Otoniel” now faces a series of charges, including the shipment of cocaine shipments to the United States, the murder of police officers and the recruitment of children. 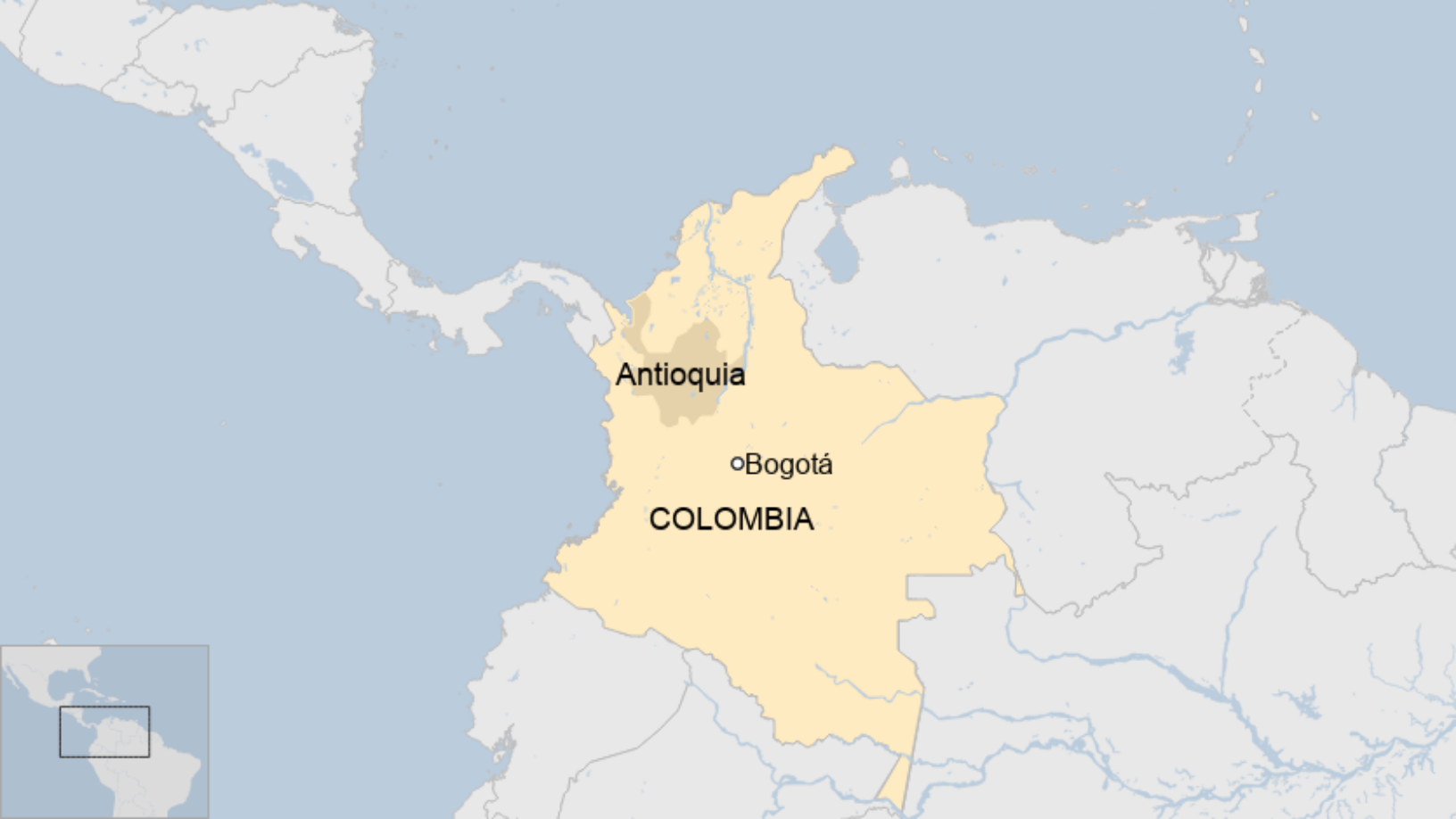