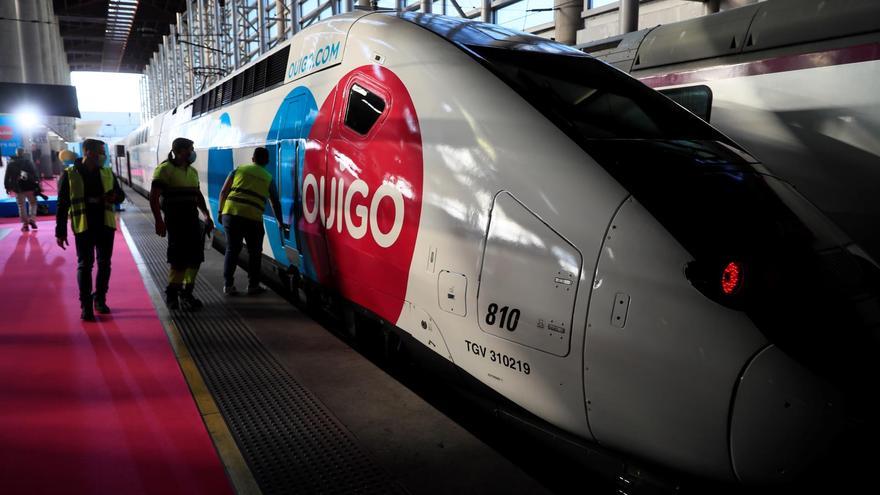 Ouigo has inaugurated this Friday its first high-speed service between Madrid and Barcelona with the promise of contributing to the economic recovery of Spain and with the aim of multiplying the number of passengers who use the train, the most sustainable means of transport with the environment and whose infrastructure is widely underused in Spain.

The general director of the company, Hélène Valenzuela, highlighted in the opening ceremony, held at the Atocha station in Madrid, that this commitment is reflected in the hiring of more than 1,300 people, 98% of them with indefinite contracts, and in his desire to popularize high speed in the country.

The first travelers will get on next Monday in one of the five roundtrip services that Ouigo will offer from now on every days, in competition with Renfe, with prices starting from 9 euros and with a stop in Zaragoza and Tarragona.

It is the first train to run on Spanish tracks after liberalization, a process that has led to the entry of competition in order to make greater use of the infrastructure, in which it has invested 65,000 million euros in the last 30 years, being the largest in Europe and the second in the world but, at the same time, one of the least used.

In response, this entry of the competition, as explained by the Secretary of State for Transport, Mobility and Urban Agenda, Pedro Saura, in the opening ceremony, will allow to take advantage of the investment that all Spaniards have made and that more people use the train from now on.

For Saura, “everyone wins”, starting with consumers, who will see how prices go down; the company, when amortizing this investment; the whole of the sector, which will live in competition and will trigger its innovation, and, above all, the environment, since as more people use the train and less the plane or the road, fewer tons of carbon dioxide will be emitted into the atmosphere.

The president of Adif, Isabel Pardo de Vera, has referred to the milestone in history that marks this day, after a process of liberalization in which she defends that the manager of the railway infrastructure has acted as “guarantor of the rights of all” , advancing in the welfare state, in this case in the right to mobility, without which it believes that inequality would increase.

Christophe Fanichet, the president of SNCF Voyages, the French public company that owns Ouigo, has said in Spanish that he feels proud to be “at the height of this very important moment for Spain”, which coincides with the end of the state of alarm and the progressive recovery of mobility.

Renfe has launched an advertising campaign this Friday to welcome Ouigo with a video in which he values ​​his 80 years of experience in the country and reminds the competition that “he is not going to make it easy”.

The public company has used the popular series ‘Game of Thrones’, which in this campaign has been renamed ‘Train game‘, coinciding with the inauguration this Friday of the first Ouigo service between Madrid and Barcelona.

“Dear competition, from Renfe we ​​have something to say to you: now that you’re here this gets exciting. After 80 years leading our own, we couldn’t be better prepared. Let the train game begin “, and ends by saying ‘good luck’ and ‘welcome’, in French, alluding to the owner of Ouigo, the French public operator SNCF.

“Comparative advertising is an advertising strategy that aims to highlight the advantages of our services and compare them with those offered by the competition. In this case, for the moment, the competitive rate is that we get 80 years of experience”, says the Advertising manager of Renfe, Ricardo Inogés.

“We have really enjoyed this challenge,” adds Inogés, who believes that the entry into the competition “will be an excellent opportunity for Renfe, because only with competitors can it be demonstrated that we are the best”.