Montse Navarro is 35 years old and autistic. His diagnosis came when he was approaching 30. Until then, he thought it was rare.

Neurodivergente he is somewhat younger and also autistic. She was diagnosed shortly before her thirties. Until then I felt like I didn’t fit in.

According to the World Health Organization (WHO), autism is one of the autism spectrum disorders (ASD), a group of conditions characterized by some degree of disturbance in social behavior, communication, and language, and also encompasses infantile disintegrating disorder and Asperger’s syndrome.

So he contacted them on Skype.

Beyond the coronavirus, for them it is a safe environment, since they live in different Spanish cities and traveling is a challenge for them.

“I would like achuchar to Neurodivergent right now, but until there is teleportation it will be complicated, because travel stresses me a lot “, Montse admits.

Neurodivergent – it is her Twitter name, as she prefers to remain anonymous because her family does not accept that she is autistic – it does not take long for her to feel identified.

“And if you go to a city like Madrid … Mine does not have the traffic of the capital, it does not have the noise, the light is different, everything is very different and I am used to dosing my energy in my surroundings. you put there it’s like my battery lasts half “.

This is the result of the dialogue that arose between the two.

The awareness of being different

Montse: Autism is (having) a slightly different type of brain. It works and processes information in a different way.

And by information I mean the stimuli: visual, sound, everything. You do not adapt the same and that makes you behave in a different way … And society sees you differently.

Autism Spain defines ASD as a disorder of neurobiological origin that affects the configuration of the nervous system and brain function.

Neurodivergente: My first awareness of being different was when I was 4 years old. I had the impression that I understood things in a way and people went to another ball.

For example, talking to two or three people I get along well, but as there are more people my degree of conversation fades, because everything goes so fast that I don’t have the ability to adapt.

In the same way that he uses his Twitter user, he avoids photos and as an image he always uses Stitch, the character from the animated film Lilo & Stitch, a blue alien who, camouflaged as a dog, must save his family in Earth with the help of her friend Lilo.

My whole process of diagnosis and discovery is like Stitch’s life in his movie. You don’t know why things are happening to you and you just feel like you’re trying to adapt to the environment so that they don’t reject you.

When you discover who you are and why you are, you kind of accept yourself and everything starts to get better. 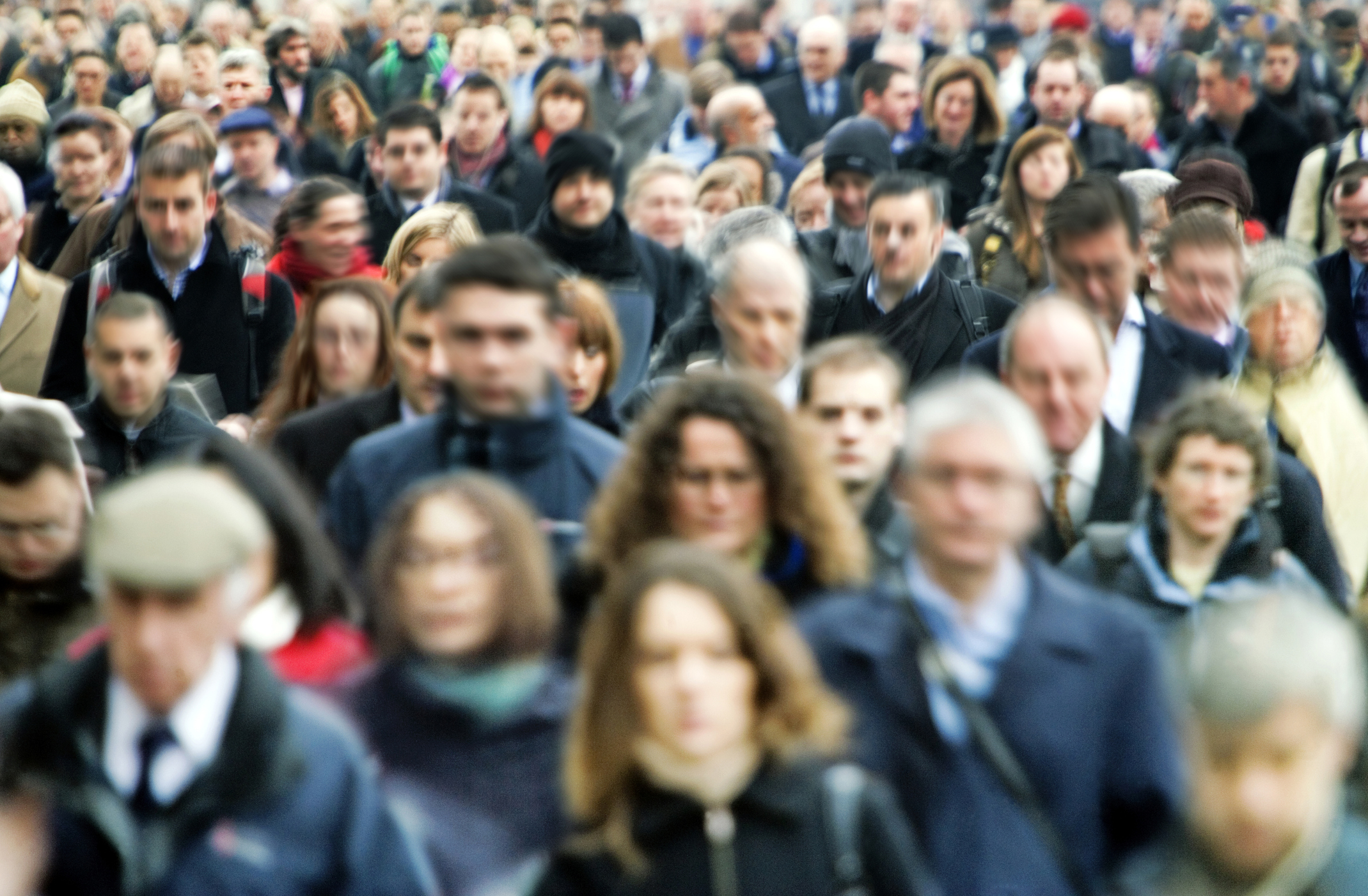 Talking with two or three people I get along well, but as there are more people my degree of conversation fades. Everything is going so fast that I can’t adapt “

According to estimates, one child in 160 suffers an autism spectrum disorder, although the prevalence rate varies enormously from one study to another and the most recent ones point to a higher one.

It is difficult to detect in the first 12 months of life, but it is usually possible to make a diagnosis before the child is two years old, the WHO notes.

Although Montse and Neurodivergente are just two examples that this is not always the case.

Neurodivergente: When I was little, the pressure to fit in was so enormous that, if I had known I was different, I would have recognized that there was nothing wrong with me, but that it was so.

In my adolescence I do not know how many yoes they will have existed because of the continual reaffirmation that what I did was right.

Nobody knows how to deal with you, and you don’t know how to treat yourself.

If I had known that I was autistic I would not have tried so hard to be something that I was not. And strive without succeeding.

It is like telling a blind man to make an effort to see. 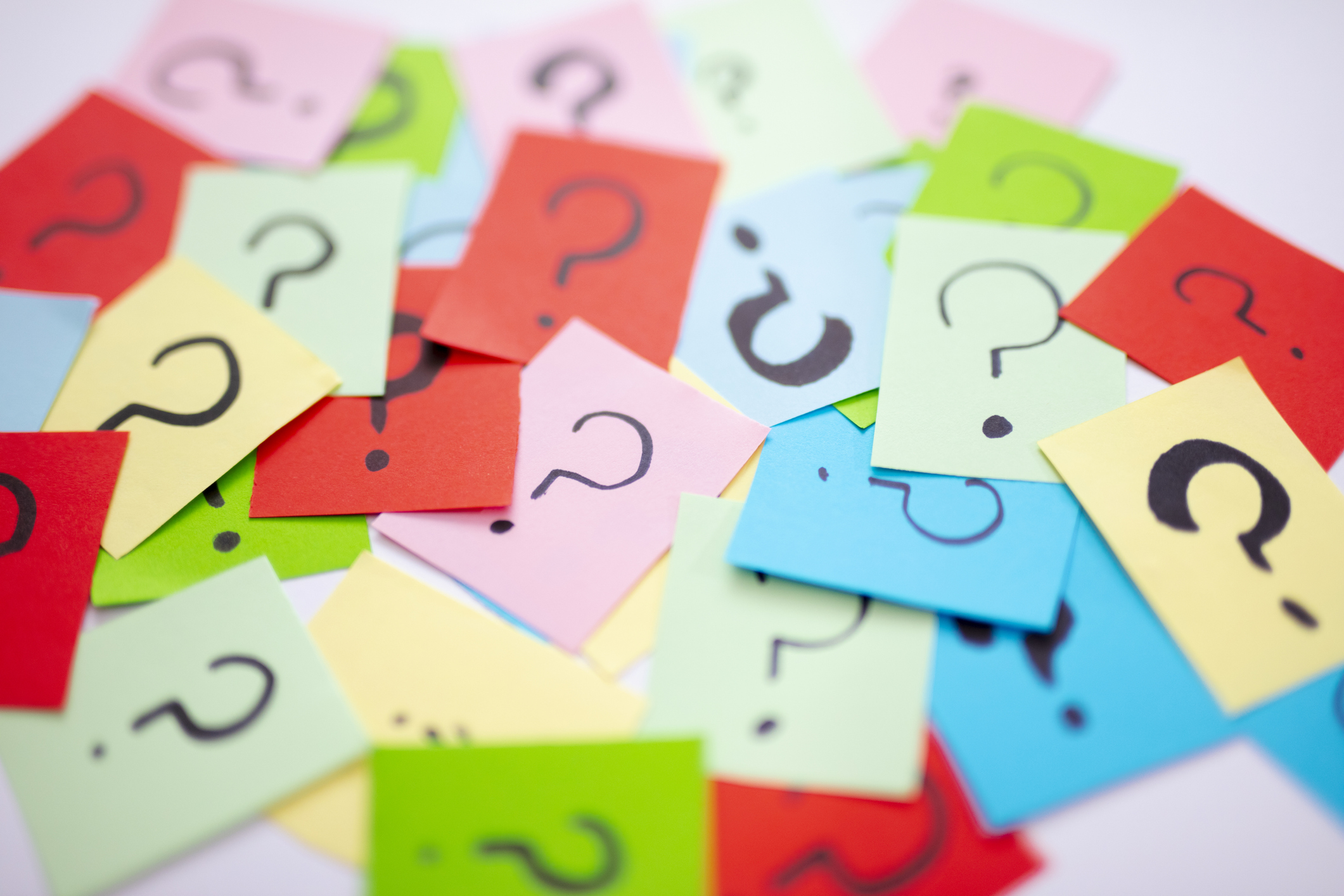 Neurotypicals ask “how are you?” and they settle for a “good”. I have never been able to distinguish these types of questions “

Montse: It would have been very good for me to know, because that way I would have developed better. I could have interpreted the actions of others better and would not have been so lost.

At school I had a best friend. (Later), in college, I realized that she didn’t know how to make friends, because she had made the ones she had.

I started asking how to make friends and they told me it was easy, but I didn’t get it. I was quite overwhelmed.

With the diagnosis and meeting other autistic people you no longer look so strange. It is that I had not met the group of people who agreed so much with me. 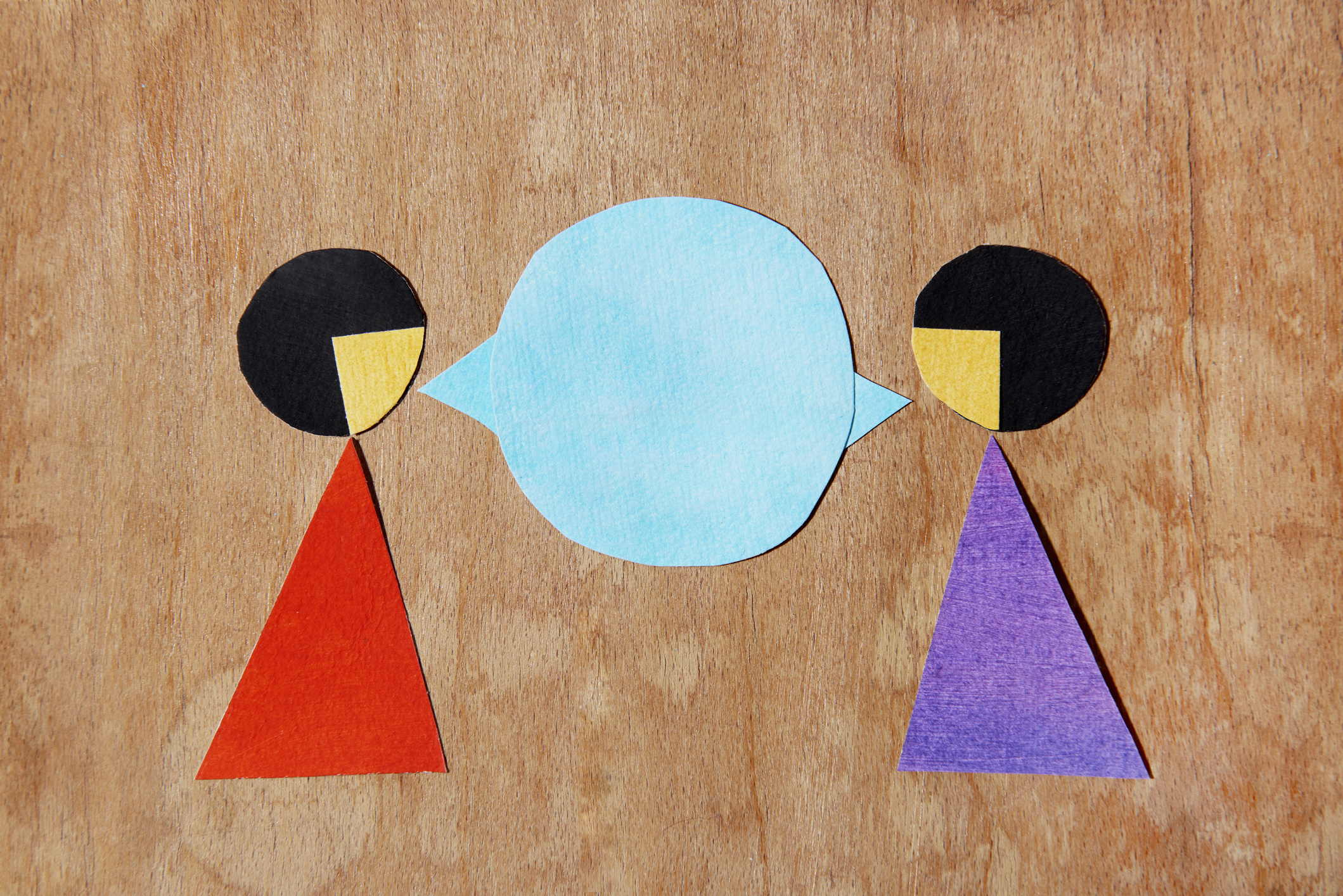 I started asking how to make friends and they told me it was easy, but I didn’t get it. I was quite overwhelmed “

On the role of the others

Montse: What can neurotypical people – people who are not autistic – do to create a more just society?

Neurodivergente: Change is always required of the different: you are autistic and you have to adapt.

To change this, the question is to what extent the parties are willing to respect each other. Some have to understand that they are of one nature and others of another.

And what does one have to have to be a good father or mother of an autistic person?

Montse: I can tell you what I would have liked to have myself.

The main thing is to (give) a lot of love but not for who he will be, but for who he is. (If not), the child grows up thinking that he does not deserve love until he achieves certain achievements.

Then (you have to) listen to him, and I don’t mean whether he speaks or not.

If I can understand my cat when it is hungry, a person, no matter how disabled, is still a person and you can communicate with them. But you have to want to communicate on the terms that person can. 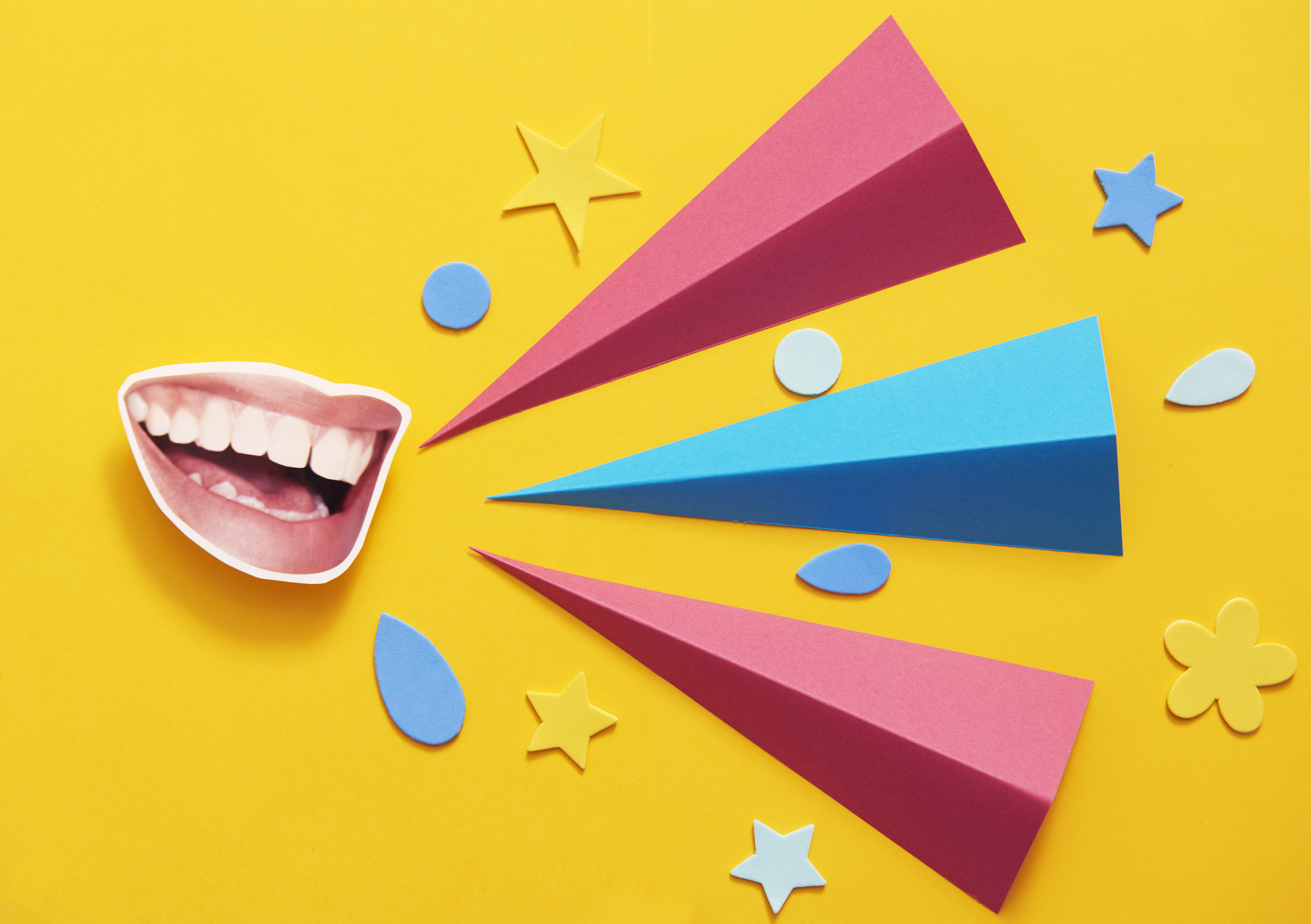 “A person, no matter how disabled, is still a person and you can communicate with them. But you have to want to communicate in whatever terms you can.”

I speak, but my communication is not the same as that of a neurotypical person, and that is why there are so many misunderstandings.

I have no tact to say things, sometimes I am pedantic and I need to be told: “Stop.”

And apart from this, I know it’s scary, but you have to let them go a bit. It seems that any excuse is good for not wanting to release a disabled child, not letting him make a mistake, making decisions.

The WHO agrees that the role of parents of autistic children is fundamental in their development.

According to the agency, family support serves, among many other things, to create a stimulating environment for that child.

Neurodivergente: Neurotypicals ask “how are you?” and they settle for a “good”.

I have never been able to distinguish these types of questions.

You ask me “how are you?” and I’ll tell you everything: my week, my month, and I’ll give you a detailed analysis of my days of sadness and joy, ”he says, laughing.

Our degree of sincerity does not correspond to what they live – neurotypical or non-autistic – and it is like going without a compass. 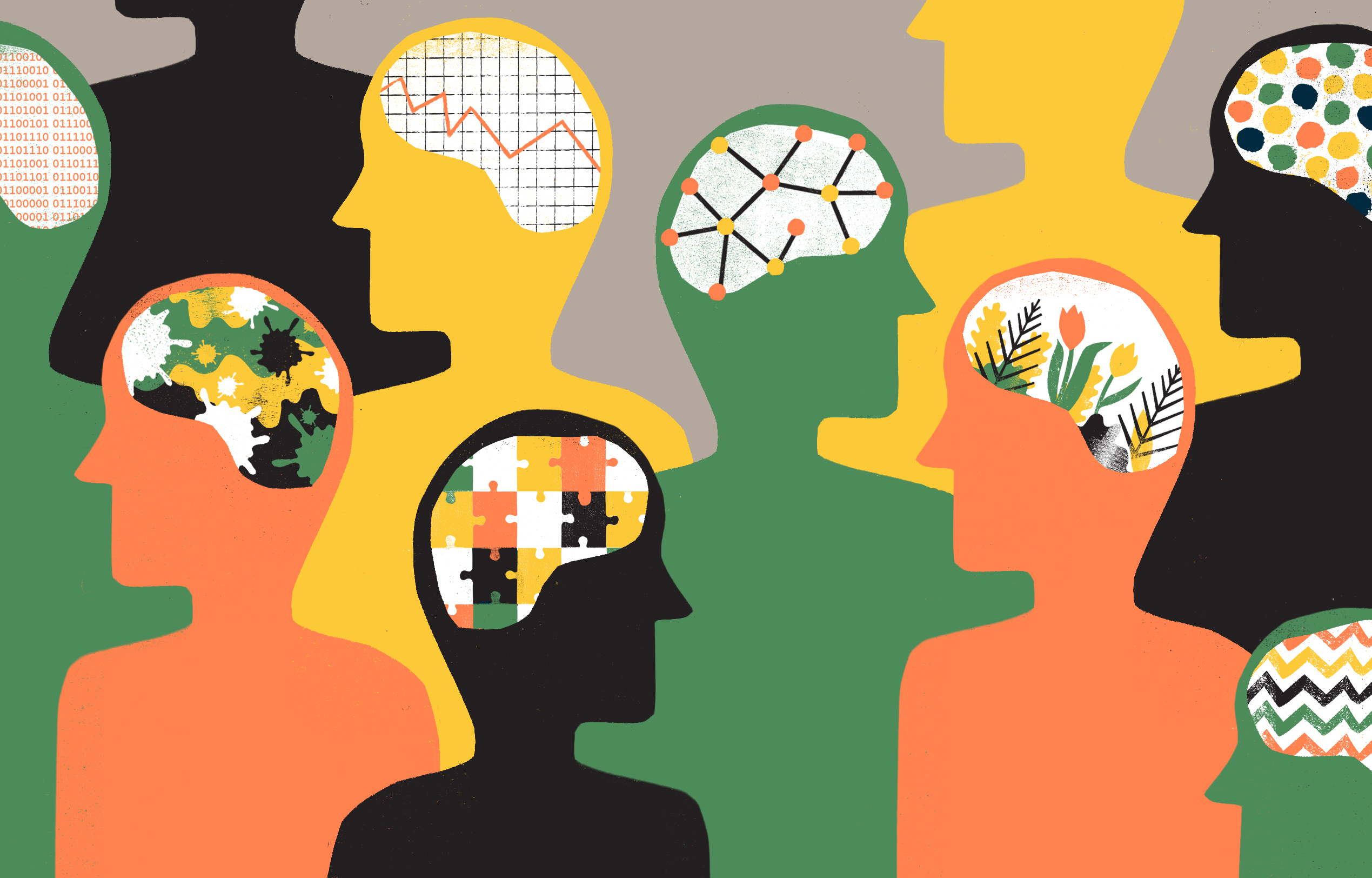 Montse: You have given an important point: superficiality.

I see the neurotypical world as superficial, it is not intense like us, we go to the bottom.

They have been built based on appearances.

Neurodivergente: I feel like they are in a permanent Official Language School.

Do you know when you study a language and they ask you the typical questions and only teach you to answer “I’m fine”?

Montse: Shallow conversations are fine with me for a certain social lubricant, but not limited to that. People do not go to the depths of their being and thus you cannot speak honestly.

Neurodivergente: We talk about deeper issues, such as previous situations of abuse, and for the neurotypical environment it is more difficult to deepen this way.

Montse: We are social beings, but my socialization is more intense and less superficial.

Socializing tires me more, and there are people who misunderstand this.

If it were up to me, I would be on fire all day but I get tired. And not just socializing, because whatever I do I dedicate a lot of effort and intensity.

Neurodivergente: On the other hand, you have me, who is the opposite: I love to socialize with anyone.

At any moment I hook, and I never know when to stop, ”he says with a laugh.

Montse: That also happens to me … Is what I’m telling appropriate?

Neurodivergente: Yes, but the thought comes to me after, not during.

Montse: I would like to talk about the topic of couple and sexuality.

Neurodivergente: Yes, they are the worst treated topics.

That you are going to have sex being a person with a disability? It’s not possible.

They try to show that you are not going to have a relationship.

And since they hide that world from you, I think we are the group most likely to suffer abuse or tortuous relationships.

I have fallen into abuse very easily.

We are childish, they treat us with that paternalism of “I make the decisions for you.” 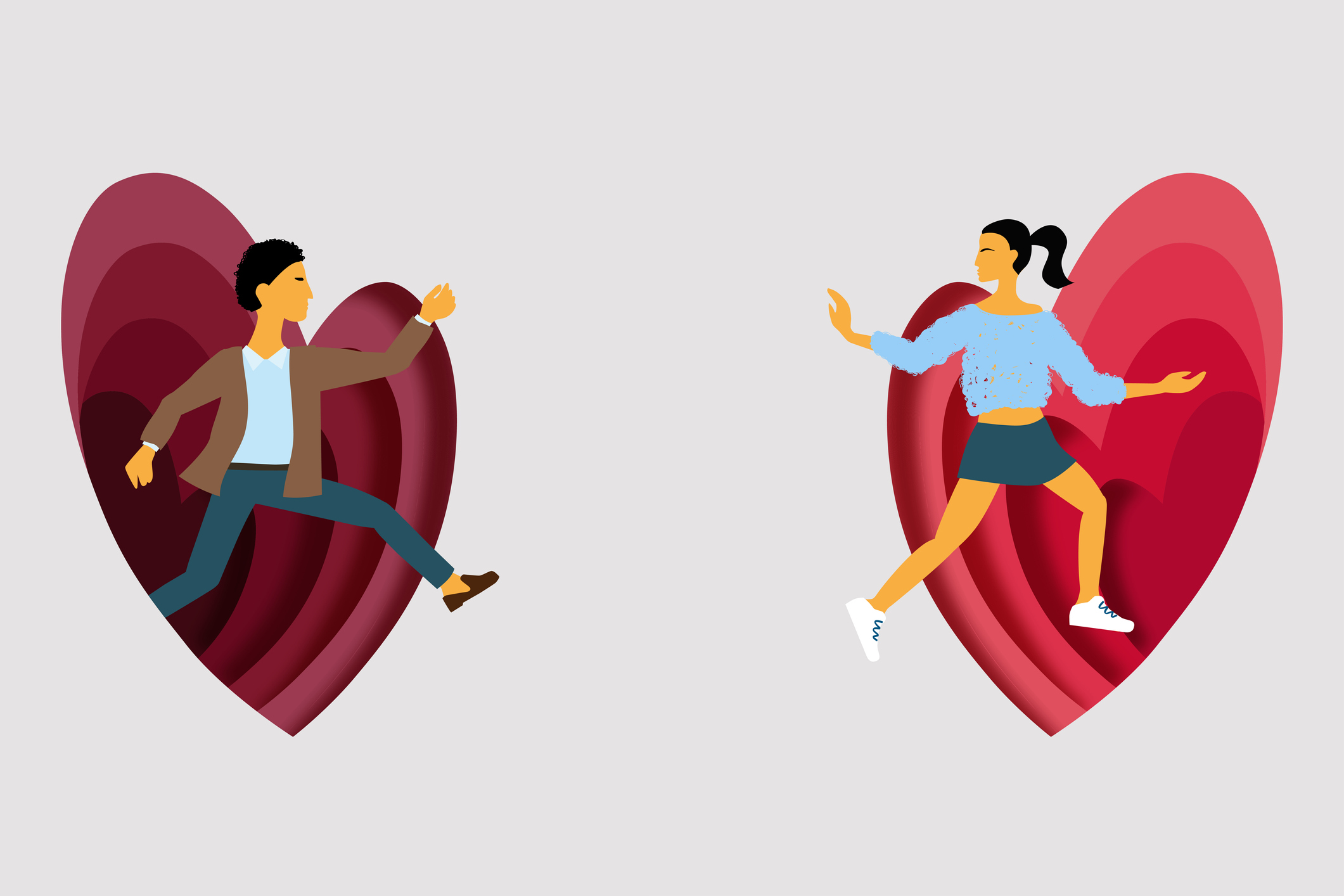 My first partner controlled me, but I didn’t see anything strange in that because no one had explained the social norms of having a partner to me “

Neurodivergente: My first partner controlled me, but I didn’t see anything strange in that because no one had explained the social norms of having a partner to me.

And also think about the subtleties of an acceptance in the case of an autistic one.

I think that we live many situations of abuse because we are not able to say no in time or not at the right time.

Montse: The conversation with autistic adolescents should be aimed at these issues: “Maybe you will not know how to interpret certain signals or stimuli and you rush into a situation”.

The Spanish foundation CERMI Mujeres warns that women with disabilities are four times more at risk of suffering sexual violence than other women.