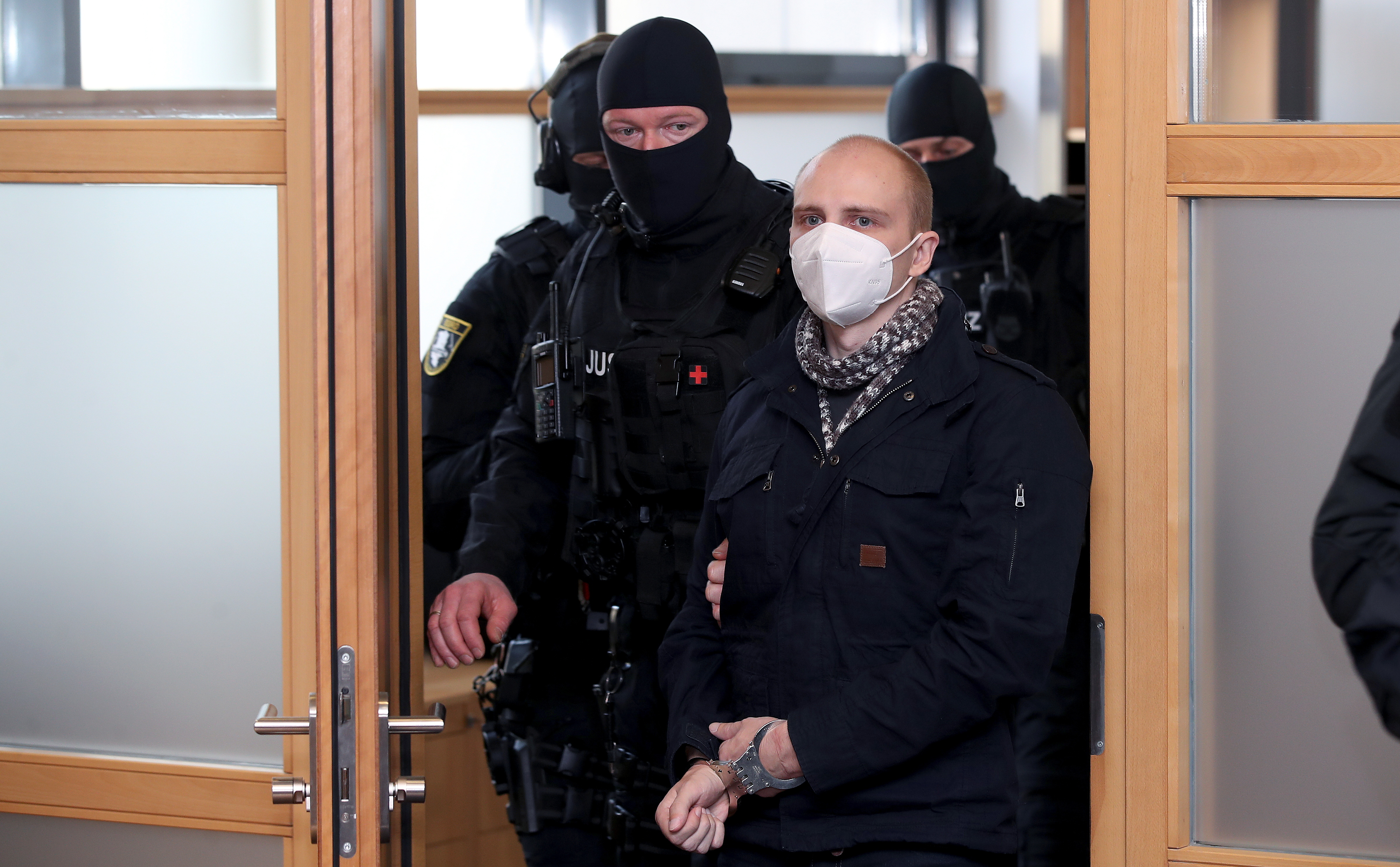 The German political class condemned this Sunday the attempt by a group of extreme right-wing extremists to enter the headquarters of the Reichstag (Federal Parliament) on Saturday night, considered the sacred temple of democracy in the country, after circumventing the barriers security raised around the building by the police. They managed to reach the doors of the legendary building, where they were repelled by only three policemen, but they did not get inside. The incident came after police broke up a massive demonstration called on Saturday to protest against measures to combat the pandemic. More than 40,000 people collapsed the historic center of the city shouting slogans against the federal government.

When everything seemed to indicate that the city was about to regain calm, a group of about 300 people reached the Reichstag and managed to circumvent the containment barriers that surrounded the building. Several amateur videos showed how the group, carrying 1871-1918 German Reich flags and shouting neo-Nazi slogans, made their way to the main entrance of the building.

The images have caused stupor and indignation in the German political class. “The flags of the Reich and the provocations of the extreme right in front of the German Bundestag are an unbearable attack on the heart of our democracy,” said German President Frank-Walter Steinmeier on Sunday. “We will never accept this.”

Steinmeier admitted, however, that people had the right to express their anger over the coronavirus restrictions and to question them publicly, including with demonstrations, but the protests should not be used by violent groups. “My sympathy ends when protesters allow themselves to be used by enemies of democracy and political agitators,” he added.

Olaf Scholz, the SPD candidate to succeed Angela Merkel as chancellor, also condemned the attempt to enter the building. “It is unacceptable,” he said. The three policemen who prevented the group from entering the Parliament building used riot batons and pepper spray to drive the protesters back. After a few minutes reinforcements arrived.

Opposition parties criticized the fact that the police did not station enough officers around Parliament, despite public warnings from far-right extremists that they planned to try to enter the building. Robert Habeck, the co-leader of Germany’s Green Party, was one of the first opposition leaders to call for a full investigation into the incident. “The fact that Nazis with imperial war flags try to storm the Bundestag is reminiscent of the darkest period in German history,” he told the Funke media group. “An incident like the one on Saturday night should never happen again,” Habeck said. “I hope that Interior Minister Horst Seehofer will fight decisively against right-wing extremism at all levels.”

“The Reichstag building is the symbolic center of our democracy. It is intolerable that extremists use it for their ends, ”said the Seehofer minister, speaking to the newspaper. Picture on sunday. “The plurality of opinions is a characteristic of the proper functioning of a society, but freedom of assembly reaches its limits when public rules are trampled on,” added the minister.

But outrage over the attempt to occupy the Reichstag did not stop the protest from continuing this Sunday. Several hundred protesters who camped at the foot of the victory column in Berlin overnight on Saturday tried to address Parliament again in the afternoon. The march was stopped by a strong contingent of the police, but the action laid bare a new protest, encouraged in the shadows from the German extreme right and officially supported by Alternative for Germany (AfD), the country’s main opposition party.