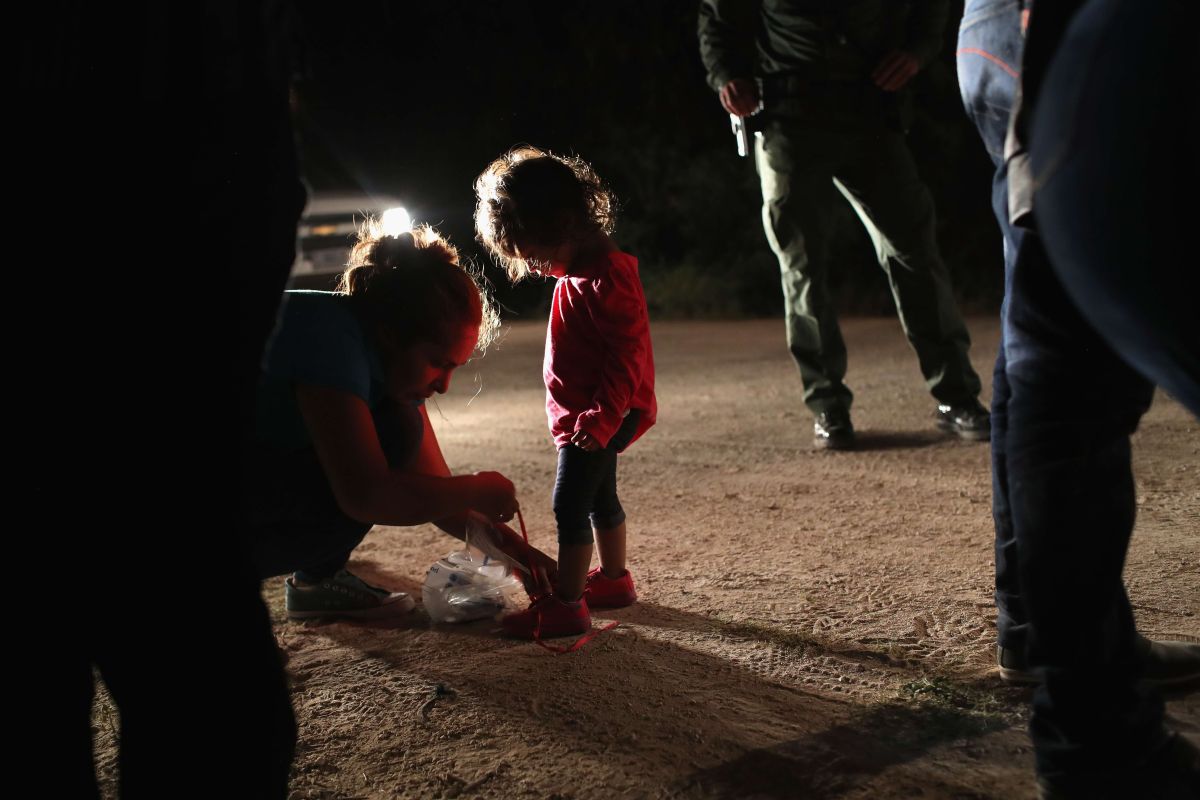 “This has to stop now”, This is how a Texas farmer reacted when he found five girls abandoned to their fate near his property.

Jimmy Hobbs, a 75-year-old man, found the minors of Central American origin in deplorable conditions that put his life at risk. Their ages range between seven, three and two years. One is barely 11 months old.

“If this doesn’t make you angry and makes you want to go out and take to the streets, I don’t know what would. They don’t have their mother, or their father, or anyone else. She is the wife of one of our workers, she is here taking care of the smallest “said the man who has worked the land all his life and had never seen anything like it.

“I waited a bit and then I called one of my workers, I asked him if his wife could come and bring some water and food”explained the American about the moment he found the little ones, who probably would have been victims of human trafficking.

According to Katie, Hobbs’s wife, such cases are not out of the ordinary, since her farm is located near the Rio Grande, by which many people from Mexico cross

The representative from Texas, Tony Gonzalez, He posted some of the images on his Twitter account while demanding greater restrictive measures from the immigration authorities.

The couple called the Border Patrol who arrived at the scene 40 minutes later. Customs and Border Protection (CBP) reported the discovery in the area of ​​the Rio Grande Valley, Texas.

CBP agents assigned to the Eagle Pass station in Texas received the indication that they were in the Normandya area, near the Rio Grande.

“It is heartbreaking to find children so young that they get by on their own in the middle of nowhere,” Austin Skero II, head of the Del Rio sector agency, confessed in a statement. “Unfortunately, this happens far too often now.”he added.

Since the president Joe Biden reached the White House, the southern border has seen an overwhelming increase in children arriving without the company of a parent or adult.

On at least three occasions, CBP cameras have captured how human traffickers throw children from over the wall or leave them alone in wild areas, putting their lives in danger, as highlighted by CBP.

“If it weren’t for our community and associated law enforcement authorities, these girls could have faced temperatures of over 100 degrees without help.” Skero II underlined.

The girls did not require medical attention and were transported to the Uvalde station for processing with a view to being taken into the custody of the Department of Health and Human Services (HHS).

Until last Friday, according to government data, HHS had in its custody 21.563 Undocumented children who entered the border alone, while at CBP facilities there were 631.