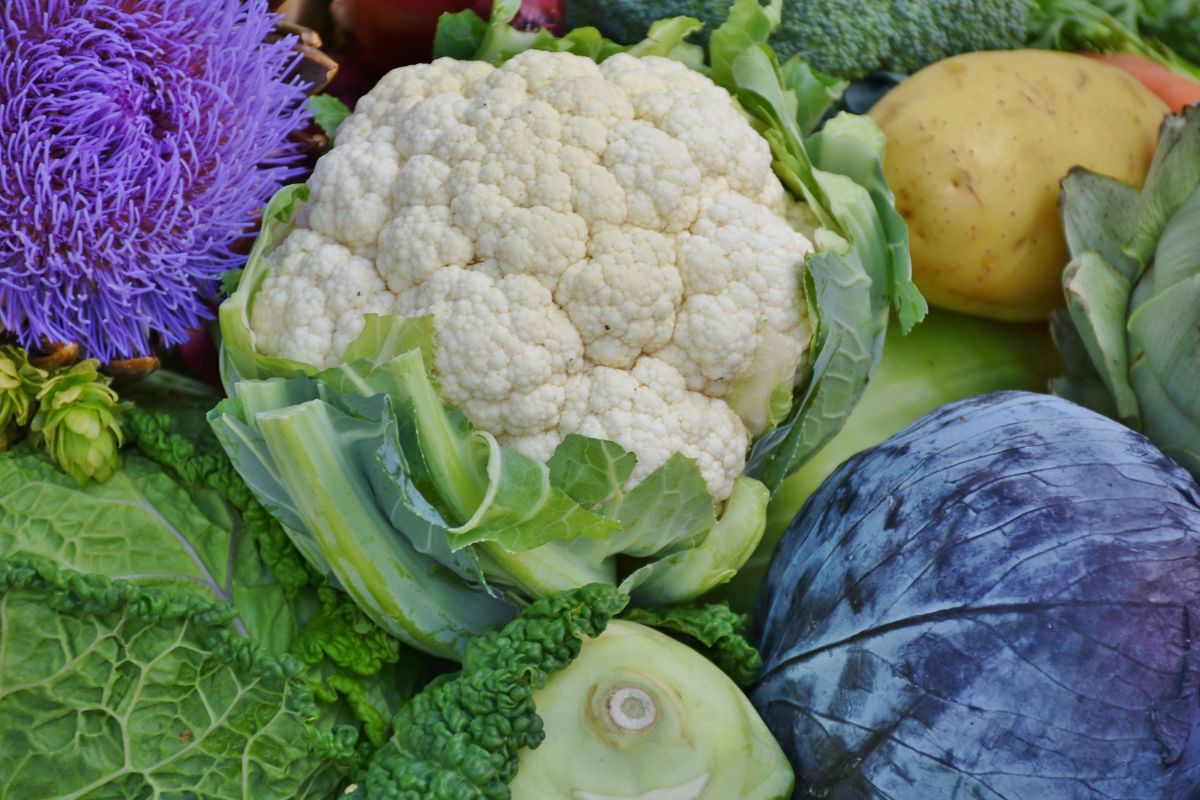 It is well known that nutrition has a close connection with cancer prevention. Fortunately, science every day finds more links between the consumption of certain foods and cancer prevention, such is the specific case of the powerful anti-cancer properties that cruciferous vegetables provide. A team of Roswell Park researchers has given women around the world another good reason to eat these types of vegetables. The study was published in the journal Nutrition and Cancer, in which they found that women who eat more cruciferous vegetables have a reduced risk of developing ovarian cancer, a relatively rare but often fatal disease.

According to updated data from the American Cancer Society, in 2021 in the United States about 21,410 women will receive a new diagnosis of ovarian cancer and about 13,770 women will die of ovarian cancer. Ovarian cancer orranks fifth as a cause of cancer deaths among women and it is responsible for more deaths than any other cancer of the female reproductive system.

Early-stage ovarian cancer rarely causes symptoms, and the biggest problem is that when they do occur, they tend to be unspecific and they tend to be confused with more common benign conditions. Among the main ones are: abdominal bloating or inflammation, feeling of rapid satiety when eating, weight loss, discomfort in the pelvic area, changes in bowel habits (such as constipation and diarrhea) and frequent need to urinate.

Although medical follow-up and routine check-ups are essential for every woman, diet is a fundamental factor in prevention and good control. And this was confirmed by the aforementioned study, which emerged a few years ago as an initiative of a scientist-minded New York high school student; Hallie McManus, who decided to join the search for ways to prevent this deadly disease. With the initial idea of ​​the benefits that a diet rich in vegetables may offer protection against ovarian cancer and other cancers, Hallie approached Susan McCann, Professor of Oncology in the Department of Cancer Prevention and Control at the Roswell Park Comprehensive Cancer Institute, to see if she would act as a mentor for the study.

Impressed by Hallie’s drive and determination, Dr. McCann encouraged her to join the Roswell Park Summer Cancer Research Experience Program, created for high school students. By joining, he had the opportunity to collaborate with other researchers from the Department of Cancer Prevention and Control, and they were given the task of analyzing data from the Patient Epidemiology Data System (PEDS), a fairly relevant file with information on patients with suspected cancer who came to Roswell Park for further evaluation between 1981 and 1998.

What did the study consist of? All patients were asked to complete a survey with 44 questions about their diet, including how often they ate cruciferous vegetables (such as broccoli, cauliflower, cabbage, and kale). Among the patients who completed and returned the food frequency questionnaire, the team selected 675 women diagnosed with ovarian cancer and 1,275 women diagnosed with a benign (non-cancerous) condition. The researchers then compared the diet and cruciferous vegetable intake in the few years before diagnosis between these two groups of women, which were matched for such important variables as age and reproductive history.

As an aside, cruciferous vegetables belong to the Cruciferae family, which are cool climate plants and shine for their nutritional power that stands out for their high content of important carotenoids (beta carotene, lutein, zeaxanthin), vitamins C, E and K, folic acid and minerals. They are also a good source of fiber. Researchers believe that its antioxidant power is directly related to its benefits against ovarian cancer. In addition, cruciferous plants contain a group of substances called glucosinolates, which are chemical components with sulfur. These chemicals are responsible for the pungent aroma and bitter taste of cruciferous plants and are also related to their great medicinal potential.

During meal preparation, chewing, and digestion, glucosinolates from cruciferous plants are broken down into form active biological compounds as is the case with indoles, nitriles, thiocyanates and isothiocyanates. It should be mentioned that specifically indole-3-carbinol and sulforaphane have been studied very frequently for their anticancer effects.

Among the benefits of these substances that abound in cruciferous vegetables, to prevent cancer are the following qualities:

– They have antiviral and antibacterial effects.

– They have anti-inflammatory effects.

The good news is that integrating the consumption of cruciferous vegetables into the diet is associated with a long list of health benefits, in addition to fighting various types of cancer. They are highly nutritious vegetables, in such a way that they strengthen the immune system and thanks to their powerful antioxidants are a great ally to fight free radicals and with this they reduce the risk of numerous chronic diseases: obesity, diabetes, hypertension and heart conditions.