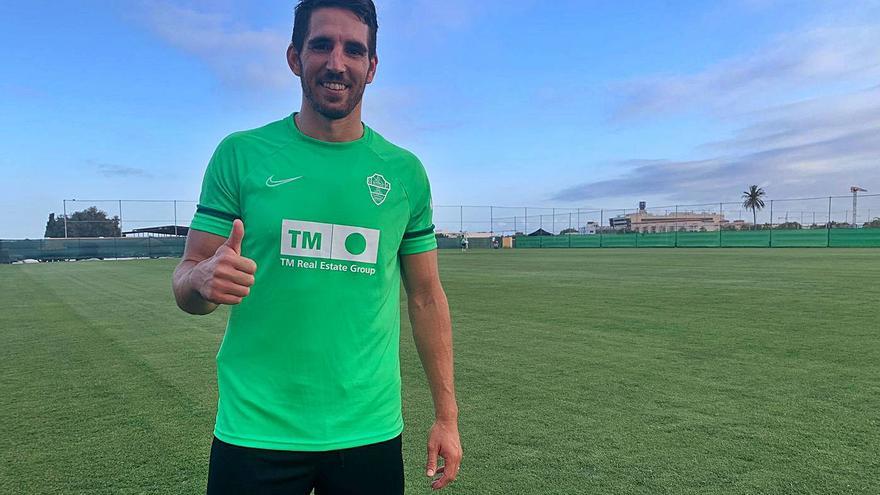 From the first moment, the new franjiverde center-back was one more and performed the same exercises as the rest of the players, who had already accumulated two sessions. Pere Milla, with whom he met at Eibar, was his particular guide when joining the group, something he did quickly given his open nature.

With the arrival of Bigas, Escribá has overbooked players in the specific position of left central. Together with the new signing of Elche they also develop in that position both Diego Gonzalez like Josema.

The man from Cádiz finished last season playing as a couple of Gonzalo verdu and on the left side of the line of three that the Valencian coach ended up using. The third in contention was Dani Calvo, which has ended the contract and has not received a renewal proposal. The destiny of the Huesca could be the Valladolid of Pacheta.

Josema finished the previous season as a central fourth for Escribá. The Murcian was used more as a side, but the intention of the Elche club is to sign two specific players for the left-handed lane. If the intentions of the coaching staff and the sports commission are fulfilled, which also wants to sign a right-back with experience in the First Division called to be a starter, Josema’s future at Elche will be quite complicated.

The Murcian player has fulfilled since he arrived a season and a half ago and has been able to adapt to the needs of the team, either as a central defender or as a winger. But the goal is to make a quality leap in the squad.

Josema has a contract until 2023 and his continuity in the franjiverde squad will depend on how the market is going and on the new players who can reach the Martinez Valero. The Lorquí defender is aware that it will be difficult to have minutes for Escribá, but during the preseason he will try to change the coach’s initial intentions.

A priori, Pedro Bigas is called to be the starting left central defender and, in principle, Diego González will be his substitute. It seems difficult for Escrib to use two left-handed players in the defense axis in the image and likeness of how Luis Enrique has done in the Spanish team with Laporte and Pau Torres. Even if the Valencian coach bets on a defense of three it is unlikely.

That is why, for the moment, Josema is going to stay in the squad, but if two left-backs and another central defender arrive, as the club is trying to do, they would look for an exit by way of assignment – he has a good poster, especially in the Second Division – and even trying to reach an agreement to terminate your contract is not ruled out. At the moment, the Murcian soccer player has training ahead of him to change the opinion of the coach and the club.