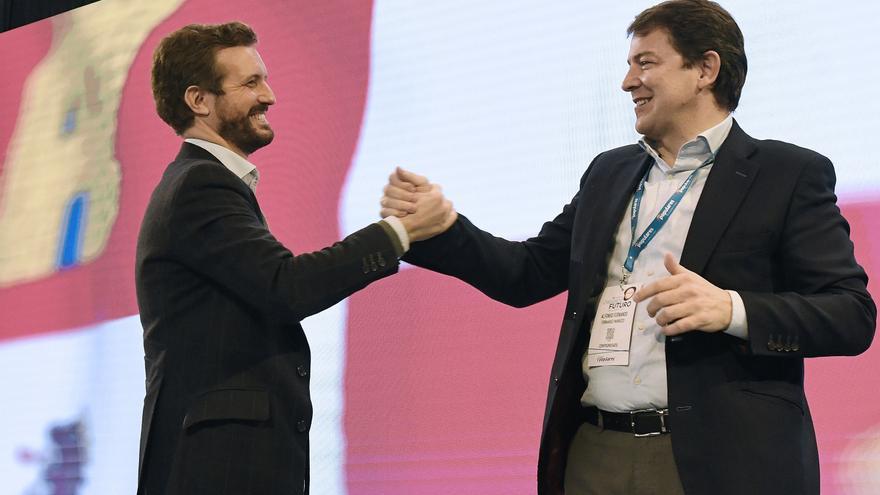 “We do not want a broken, weak and party government that harms Spain.” The leader of the PP closed the congress of the PP of Castilla y León with which It is the great trump card of the elections from February 13: the meat debate. And taking advantage of the division in the Government due to the statements made weeks ago by the Minister of Consumption, Paul Married insistently pointed out the “weakness” of the president of the government for not having the capacity to dismiss Alberto Garzón despite criticism from the entire socialist wing.

“Pedro Sánchez is actually co-chairman. We cannot have a president so weak that he cannot even dismiss his ministers. He and Yolanda Díaz co-chair. Well, actually Pablo Iglesias”, he came to say digging into the internal wound.

Casado vindicated the PP as “the party of the earth”, ironically about the ignorance that Garzón and other ministers have of the field. “Those who want to put an end to intensive farming are those who go to Asturias and when they see an ox, they move away. They must think that supermarket steaks are 3D printed”, he said over and over again, exhibiting the defense of his training in the rural world.

In fact, the popular ones have approved in one of the presentations of this congress their commitment to promote the Extense livestock farming. But the PP leader also made it clear that his party “also defends intensive farming” without questioning the quality of the meat in any way. “We have the best in the world. I feel sorry for the Argentines and the Uruguayans. we will not tolerate to point out and accuse us of giving toxic meat in international markets and mistreating animals.

Also Read  Resilience replaces the optimism of the Thirty Glorious

Aware of what his party is playing for in Castilla y León, Casado sent messages left and right. First, to the emptied Spain, “I don’t like that term at all,” he said, insisting again that “the countryside and the land” already have a party that is its acronym. Like the barons the day before, Casado made it clear that these elections they look at each other nationally and, for that reason, he spared no attacks on Sánchez. “He’s not going to fire Garzón, but I have my doubts that Garzón’s men won’t end up firing him.” He expressly mentioned the usual members of the Executive, ERC and Bildu, wondering “what are you waiting for” to finally break up with them.

He also took the opportunity to insist on the legal offensive for the distribution of European funds that the municipalities governed by the PP have already undertaken in court for what they consider “arbitrariness” of the Government. The Community of Madrid also confirmed its appeal and other autonomies could do so soon. Casado blamed the Minister of Agriculture for allocating 0.75% of the 140,000 million in aid to agriculture and livestock “despite representing 12% of GDP”. The applause also came when he spoke about pensions, again accusing Sánchez of “marketing” with the nationalists in such a sensitive area, putting them in danger.

And after continued reproaches and the warning that the change in the electoral cycle is already incontestable, Casado asked his people to “make a positive alternative” and “continue explaining the successful formulas of their governments.” He recalled the key axes of the proposal that he outlined at the Valencia convention and once again emphasized the defense of the institutions, the Constitution, the autonomous state (another message to Vox); and issues that drew even more applause: the victims of ETA, the Transition and national unity.