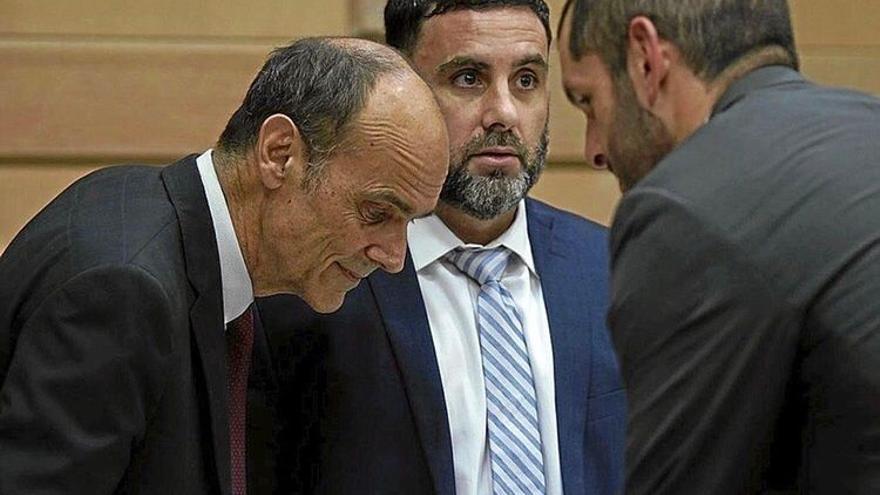 The Pablo Ibar’s defense attorney has submitted a brief of appeal to the Court of Florida in which he demands the repetition of the trial in which the prisoner of Basque origin was found guilty of three murders, since he considers that the court “violated constitutional rights” of the accused in the last trial, as reported in a statement by the Pablo Ibar association.

Pablo Ibar, who is currently being held in Okeechobee Prison (Florida), was declared guilty of triple crime that ended the lives of Casimir Sucharski, owner of a nightclub and owner of the house where the crimes were perpetrated, and young women Sharon Anderson and Marie Rogers.

In the brief, registered before the Court of Appeals of the 4th District of the state of Florida, the lawyer Joe Nascimiento bases his appeal on thirteen grounds, in which he requests the annulment of the life sentence that was imposed on him in 2019 by a jury . The defense also demands that a new trial be held.

The American lawyer supports his request in the “numerous irregularities and decisions of absolute partiality” which, in his opinion, was incurred by Judge Dennis Bailey, who led the last trial, and whom he accuses of “violating constitutional rights.”

In the 117 pages of which the brief consists, Joe Nascimento, who was part of the team of lawyers that defended Pablo Ibar in the previous trial, reels “A whole battery of irregularities in which Judge Bailey would have affected, today out of the judicial career after not achieving his re-election”.

Pablo Ibar’s lawyer maintains that, at certain points in the trial, the Broward County trial court “abused its discretion” and, in others, “made serious legal errors.”

Birth claims that the court “violated the constitutional rights” of the accused to a “fair and impartial” jury, by denying, among other issues, “the motion of the defense to remove the jury from the courtroom when the State inadmissible referred to the constitutional right of the accused to remain silent, implying that his silence was an admission of guilt.” In his opinion, it constitutes “a clear violation of the Fifth Amendment to the Constitution.”

Likewise, the lawyer understands that the same judicial body “did not act impartially” when it prohibited the defense from questioning key witnesses for the interests of Pablo Ibar, or when he admitted the statement about a photographic recognition conference of another witness who said he had seen on the day of the events in Ibar aboard the Mercedes of Casimir Sucharski, one of the victims. ”

In this sense, the defense indicates in this regard that the procedures put into practice by the agents who investigated the events “were unnecessarily suggestive” and led the witness “to a substantial probability of misidentificationFurthermore, he adds that the introduction of this test “was not innocuous.”

Joe Nascimento considers that the court “violated” Ibar’s constitutional right to a trial “with all the guarantees and his right to contradiction by prohibiting the defense from questioning the State specialist in DNA matters about previous cases of cross contamination that occurred. produced at the Broward County Sheriff’s Crime Lab. ”

In this sense, He recalled that the Prosecutor’s Office provided for this trial, in a “somewhat surprising” way, a T-shirt that contained “tiny samples of Pablo Ibar’s DNA”. The defense has been arguing that said sample in any case was “the result of a contamination “that occurred in the laboratory.

In addition, the appeal criticizes the “inappropriate conduct” of prosecutor Charles Morton, who in the final argument denied Ibar his “constitutional right to a fair trial.”

For this reason, the lawyer believes that, once again, the judge “abused his discretion” when he dismissed Pablo Ibar’s protest after the prosecutor finalized his report with an “inflammatory statement.” “Morton went so far as to tell the jury to ‘don’t let this man get away with it; be free to have committed murder'”, has recalled.

Transfer to the Prosecutor’s Office

With the appeal now presented, the judicial machinery is reactivated through which Pablo Ibar intends to show that he had no participation in the three murders that are accused of him and that were committed 27 years ago in a Miramar home, town near Miami.

From now on, the text of the appeal will be transferred to the Prosecutor’s Office so that, in turn, it can make the allegations it deems appropriate.

That resolution, according to defense sources, could take a year. In the event that the appeal is unsuccessful, the defense will go to the Florida Supreme Court.

On the other hand, the Pablo Ibar-Justo Judgment Association continues to work on fundraising among institutions, organizations and also among citizens to pay for the appeal, through a crowfunding campaign. The budget for this phase is $ 200,000 (164,200 euros).