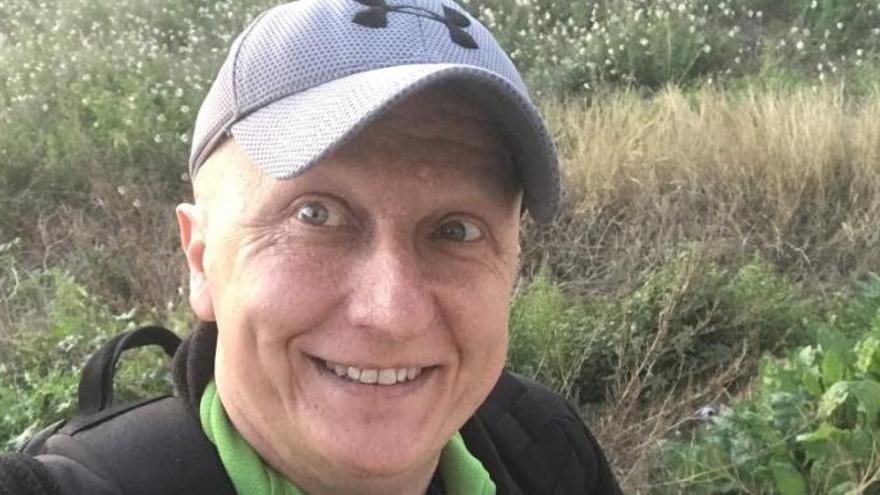 Francisco José Sanz González de Martos, known as Paco Sanz, from next Monday he will sit on the bench of the accused of the Madrid Court for pretending to have more than 2,000 tumors to cheat, among whose victims are the comedian José Mota, the actor Santi Rodríguez and the youtuber AuronPlay.

The trial is set for on February 8, 9, 10 and 15, according to what legal sources have detailed to Europa Press. Among the witnesses, there are up to ten popular faces such as Santi Rodríguez, who organized a gala in Valencia to raise funds, José Mota, Charo Reina and the well-known youtuber.

He is accused of faking on television the seriousness of his disease – which he claimed to cause 2,000 tumors – to cheat 264,780 euros.

This is stated in the indictment in which the prosecutor asks for the accused six years in jail and he also claims for his partner three years for a continuous crime of fraud.

The prosecutor relates that the accused, pretending he had only a few months to live, managed to raise 264,780 euros in seven years by asking for financial aid through social networks and even in the media to try to get an experimental treatment in the United States, because in Spain it did not exist, of a disease that actually had no imminent life risk.

In 2009, was diagnosed with ‘Cowden Syndrome’, a disease of genetic origin classified as ‘rare’ and characterized by the appearance of a series of benign tumors, although without imminent life risk.

The defendant was granted absolute incapacity to work due to a common illness, being the beneficiary of a pension of 745.99 euros, which could be updated according to the CPI, and it was paid to a bank account opened in his name at La Caixa.

Taking advantage of his illness, according to the prosecutor, he devised a plan to obtain an illicit financial gain between 2010 and February 2017. During this time, he made people believe through the use of social networks and the media that his illness was much more serious. than the one I really had.

Under the pretext of financing the alleged treatment, created in 2010 the website www.ayudapacosanz.com in which he exaggerated the symptoms of his illness, “stating that he suffered from genetic cancer, or that he had only a few months to live.” On that website, he posted messages like “I’m ashamed to ask for money.”

Francisco Sanz I also had profiles open on various social networks that he used to continue with his campaign of empathy and awareness of the collective in his favor and increase the donations to be received.

The alleged fraudster registered on January 19, 2012 in the National Registry of Associations the ‘Asociación Paco Sanz Para La Investigación Del Síndrome De Cowden España’ (APSISCE), of which he was appointed president and whose statutes stated that he lacked profit motive and that its aims were the social support to the sick and their families, “and the dissemination of the disease by all legal and possible means.”

To do this, he opened a bank account in an entity. One of those affected by the scam was the Seur Foundation, which in 2012 had an active campaign “Caps for a new life” consisting of the collection of plastic caps and subsequent recycling of them, obtaining an economic amount that was donated to families with scarce resources and a minor disabled in a degree of at least 80%.

To publicize your disease and reach more people with the goal of grabbing more funds, the defendant contacted various actors and television presenters who were “moved” by the false story who told them about his illness, they agreed to collaborate with him, either through donations or by organizing charity galas to raise funds.

Thus in particular the humorist Santi Rodríguez organized a charity gala in Valencia on May 30, 2013 in which renowned artists participated altruistically to obtain benefits so that Paco Sanz treated his illness, paying all the expenses of the Santiago Rodríguez organization, there is also a zero row available to anyone so that whoever cannot attend the gala and wishes to help Francisco Sanz could do it by bank transfer.

In this gala, the amount of 3,000 euros that were given to Francisco Sanz was collected from the sale of tickets with the aim of helping him pay for the alleged medical treatment he was undergoing in the United States.

In that same year 2013 and in the belief that he was helping the accused in the fight of his illness and obtaining financial resources, the book called ‘Paco Sanz, a life of dreams, a life of struggle’ was published, written by Miguel Hervas Abad, the prologue being written by the youtuber ‘AuronPlay’ ;, and the epilogue by Pedro García Aguado, former professional athlete and presenter of various TV shows.

He finally managed to get the book published in the Iris publishing house with the objective that 50% of each copy sold would go to the accused to once again raise funds to cure the disease he suffered. The sale price to the public was 12 euros per copy, reaching 364 copies being sold, obtaining 2,184 euros through this channel.

At the end of 2015 and until 2017 the accused had a romantic relationship with LCC, “which having knowledge of the modus vivendi of Paco Sanz consisting of the request for altruistic donations to pay for the alleged treatment of his illness when in reality he used the money for his profit”.

Sanz was arrested in March 2017 in the home where he resided in the Pobla de Vallbona, and came to prison for allegedly using the money he collected to treat this disease for other purposes, as reported at the time by the Superior Court of Justice of the Valencian Community in a statement. The crimes for which he was initially arrested were money laundering, fraud and misappropriation.

“This disease has generated about two thousand tumors. However, I try to make my day to day as normal as possible. I have exhausted my resources and those of my family to pay for the treatment. The authorities ignore me,” he proclaimed in his campaigns in social networks the accused.